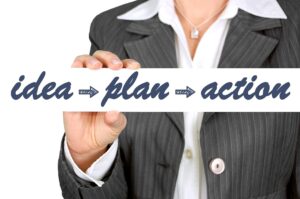 Here we go again. The Richmond Times Dispatch is reporting that Governor Ralph “NoPlan” Northam signaled a possible increase in COVID-19 restrictions during an interview with CNBC yesterday (Dec 7). Northam is quoted as saying, “We’re actively discussing on how to mitigate the numbers, and we’ll take further measures if we need to this week.”

The actual interview was even more embarrassing than the RTD article would have you believe. At about the 1:50 point in this video David Faber does something Virginia’s gutless media has so far refused to do. He asks NoPlan Northam to describe his plan. “What are the numbers that are going to trigger you, governor, to take further measures” is the specific question asked by Faber.  The same question I have been asking on this blog here, here and here.

Northam declares it to be a “great question,” insists he is “data driven,” and reminds everybody that he is a physician. He then proceeds to evade and avoid the question in a stumbling, bumbling soliloquy to nowhere. He explains that the spread is happening where people are gathering, sometimes in homes and sometimes in places of worship. He keenly cuts through the fog by declaring that places of worship will be advised to take things seriously. He concludes by insisting that “the decisions we make will be data driven in Virginia.” NoPlan Northam skates a simple question he should answer. His obviously cavalier attitude toward the people of Virginia is disgraceful.

Aggressive measures? Over the past three years Virginians have come to see that Ralph Northam is susceptible to playing “fast and loose” with the truth. He claimed surprise that his plantation-owning fore-bearers on Virginia’s Eastern Shore owned slaves. Perhaps he thought they used drones to tend the fields. He doesn’t know why his college nickname was Coonman. He was in a medical school yearbook picture in blackface until he wasn’t. He never saw those pictures on his own yearbook page until recently. Now he describes the restrictions he imposed prior to Thanksgiving by saying, “We took some aggressive measures prior to Thanksgiving …”.  No we didn’t. In a country where 33 million Californians are in lockdown, closing bars at 10 p.m. is not an aggressive measure. His restrictions may have been appropriate, proper or measured but they were not “aggressive.” Why Northam feels compelled to mislead the public about his actions is hard to fathom. Perhaps he just can’t help himself.

What now? NoPlan Northam seems to be enjoying his role as an arbitrary and capricious governor. Despite his incessant claims about his credentials as a “data driven” physician/governor he refuses to do what many other governors have done — put forth a science-based plan based on data that describes his approach to increasing or decreasing COVID-19 related restrictions in Virginia. While other politicians speak in clear terms about positivity rates, hospital capacity and other specific data points, Northam avoids any reference to actual data while promising “we’ll take further measures if we need to this week.” When asked specifically to describe the numbers that will drive his actions, Northam refuses to do so.

Elections have consequences. In my analysis, Northam is a child of the Byrd Machine. His father was a four-term rural Commonwealth’s Attorney and then a circuit court judge. His grandfather was a judge in the same court. As a Prince of the Byrd Machine, Northam seems to see no reason to waste his time explaining his plans to “the little people” in Virginia. We will all get to find out what restrictions Northam cares to impose the moment he announces those restrictions. Until then … we all need to shut up, go back to work and keep paying taxes. Commoners have no place asking royalty for explanations.