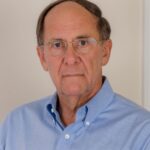 Stephen D. Haner has observed, written about and participated in Virginia public affairs for four decades. He has done it from an unusual combination of perspectives: newspaper reporter, Republican political operative, state agency manager and lobbyist.

You can browse through his contributions here.

He is now retired from a practice as an independent government affairs and public relations consultant, doing business as Black Walnut Strategies. Along with serving as contributing editor to Bacon’s Rebellion, Steve has taken on the role of senior fellow for state and local tax policy at the Thomas Jefferson Institute for Public Policy.

Steve and his wife, Pam, reside in Henrico County.  Both are graduates of The College of William and Mary.