Where Does Ralph Northam Go From Here with COVID-19? 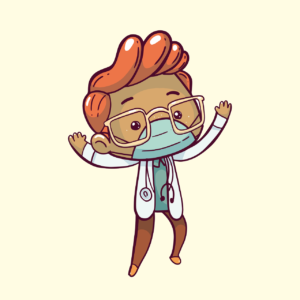 Image by André Santana from Pixabay

Marcel Marceau. Ralph “The COVID Mime” Northam dropped a bevy of increased Coronavirus restrictions on the state last Friday. Those new restrictions on Friday followed another rambling COVID press conference held by Northam the prior Tuesday. Anybody watching the Tuesday news conference could be forgiven for being shocked by The COVID Mime’s actions on Friday. Unlike governors such as Larry Hogan in Maryland Northam avoids any serious discussion of possible actions he might take to slow the spread of the resurgent virus in Virginia during his press conferences. Instead, Northam recites statistics about COVID-19 in Virginia and reminds people to wear masks, maintain social distance and wash their hands regularly. He also provides pithy commentary such as, “This is very concerning, especially because it is getting colder. The holidays are approaching and the temptation to gather with other people is high.” Then, as the news week winds to a close, Northam drops a COVID bomb. To say Jim Bacon was exasperated is putting it mildly. The virus has continued to spread internationally, nationally and in Virginia.  So, we get to play the next installment of the Bacons Rebellion game show “What will The Mime do next?”

How bad is it – globally?

How bad is it – nationally?

How bad is it – in Virginia?

The tears of a mime.

For weeks Ralph Northam ignored the resurgence of COVID-19 across the world and the United States. It was inevitable that the surge would reach Virginia. Rather than use his “COVID press conferences” to talk about preparations and possible new restrictions Northam blathered about court cases involving Confederate statues. Small business owners could have started preparing for tightened restrictions if they had been discussed. For example, restaurants could have rented or purchased more propane heaters in order to serve patrons outdoors if they were warned that indoor dining might be curtailed. Parents with essential jobs could have started to arrange childcare during school hours in areas where Virginia schools are open if school closings were possibly on the horizon. Now Northam is in a panic. He is dropping new and resumed restrictions without any prior notice. Virginians are left to wonder what Ralph “The COVID Mime” will spring on them next. Elections have consequences and we are suffering the consequences of our last governor’s election right now.