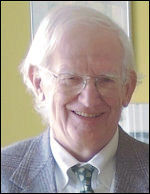 As of June, 2019, he will have been married to his high school sweetheart for 50 years. Both are graduates of the College of William and Mary. Their daughter, son-in-law, and three grandchildren live in Northern Virginia (which, despite what many up there think, is still in Virginia).

You can read his columns here.