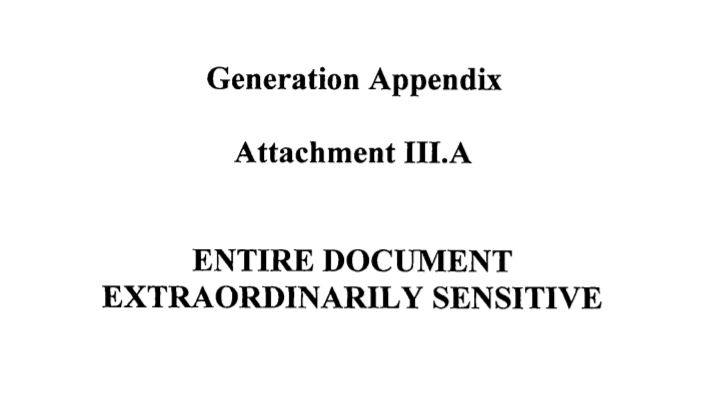 A previous article published by Bacon’s Rebellion and the Committee for a Constructive Tomorrow challenged the notion that Dominion Energy Virginia can build a huge amount of wind and solar generating capacity and retire all of its fossil-fueled generators with almost none of the enormous storage capacity that is required to make the renewables viable.

This proposed long-term plan does not work and Dominion knows that, but in the short run it can make billions in profit by building the unreliable wind and solar. The disastrous unreliability shows up only in the long run.

Now Dominion has topped that long-term deception with a bigger short-term one. The utility has applied for approval of a gigantic offshore wind power project. This is the beginning of the con described in my study.

Dominion’s proposal has two very specific (and very big) deceptions. The engineering is secret and the published cost estimate is preposterously low.

The proposed project consists of 176 monster wind machines, each with a generating capacity of 14.7 MW, which is as big as giant windmills come. Each is over 1.5 times as high as the Washington monument. The total capacity is roughly 2,600 MW. As pointed out, there is no storage capacity to make this intermittent power reliably available, so the power will just come and go with the wind.

The first deception has to do with the engineering data needed to assess the project’s viability. There isn’t any! I am not making this up.

To be sure, there is a voluminous set of documents called the “Generation Appendix” that no doubt provides lots of engineering analysis. But the entire corpus is classified “extraordinarily sensitive” and so is not available for analysis. (Editor’s note:  See previous references to this secrecy here and here.)

The stated reason for this wholesale secrecy is that Dominion got some bids for the project. Maybe for the machines, or the construction, or something else. We are not told, but apparently not revealing these bids is deemed so vital that all of the engineering is secret.

My personal interest is in the hurricane analysis, which should not involve bid amounts. Offshore wind has been developed almost entirely where they do not get hurricanes, while offshore Virginia is hurricane alley. Every year a lot of storms, including really powerful ones, make the turn and run up the coast.

I happen to have a background in failure mode analysis and I am skeptical that these monster towers can be made hurricane-proof. In fact there was a study a few years back that predicted significant hurricane damage to offshore U.S. windmills. When there is this degree of potential for catastrophe, it is standard engineering practice to have the proposed design checked by independent engineers.

Then too, Dominion has had two huge 12 MW test machines on site for some time now. We would like to see that data in full, which has nothing to do with any bids for the main project.

While those parties admitted to the quasi-judicial Virginia State Corporation Commission process can challenge a wholesale sensitivity claim of this magnitude, it seems none has done so. The public can comment on the proceeding, but these comments have no standing. The ratepayers are left in the dark.

It is ridiculous that the engineering for a project of this great scope, novelty and danger should be done in secret. This secrecy is a wholesale form of deception.

At the other extreme we have a single public cost estimate, which plays a pivotal role in the approval process. How this estimate was derived is part of the secret engineering. The problem is that the number itself is preposterous.

The magic number is called the “levelized cost of electricity” or simply the LCOE. This number is widely used in the industry so its nature is well-established. It is the entire life cycle cost of the power generator and its generation divided by the amount of power generated in that generator’s life. The standard units of measure are dollars per megawatt-hour.

Note that the included costs run from engineering and construction, through operation, maintenance and repair, to shut-down and decommissioning, which may include removal. New transmission capacity is also included and this project is 27 miles out to sea.

Obviously, when a project has not been built the LCOE is just an engineering estimate, with lots of assumptions.

Here is the catch: the Dominion offshore project is being built pursuant to the strangely named and very green Virginia Clean Economy Act. In this case LCOE plays an unusually pivotal role. Normally the approval of huge projects like this is up to the state’s electric power regulator. But the VCEA says that as long as the LCOE stays below a certain threshold, approval is automatic. So the LCOE is very important.

This is where is gets truly strange. Dominion says the automatic approval threshold is staying under $125/MWh and while I cannot replicate that I will accept it for now. What I cannot accept is Dominion’s claim that this monster offshore project has a LCOE of just $73/MWh, which is way below the threshold, so meets it handily.

The reason for my skepticism is simple. The U.S. Energy Information Administration tracks LCOEs for different types of generators. Its present estimated average for offshore wind is a whopping $118/MWh. This is 60% higher than the Dominion estimate! It is also very close to the threshold value.

In fact the EIA estimate may be low. Last year the procurement cost for a major US offshore wind project was announced at $96/MWh. That is just procurement so it does not include life cycle O&M, repair and replacement, or decommissioning and removal. In particular, removal of the underwater foundations could be very expensive.

In summary, all this secrecy is wrong. The ratepayers and the public have a right to know what is going on with this project. Dominion’s claim that all of the project engineering is “extraordinarily sensitive” is ridiculous. This claim should be challenged and rejected.

Dominion’s extremely low LCOE needs to be investigated. It is certainly possible that the correct value exceeds the threshold for automatic approval.  In fact Dominion recently announced a 20% increase in the project cost and prices are still going up.

Show us the engineering.