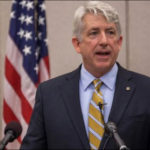 As was reported by the Richmond Times-Dispatch, Dominion Energy Virginia filed on Friday its application for approval to build offshore wind turbines with a nameplate capacity of 2,600 megawatts. The very first motion made to the State Corporation Commission was a request to keep all the important financial and engineering information confidential, away from public inspection.

I write as a Dominion customer and write to you in your statutory role as the representative for consumers before the SCC.  You are my lawyer.

Please do everything in your power to persuade the SCC to reject that motion for secrecy. On behalf of the people of Virginia, break that seal. I hope other likely parties in the case will join you, but you should take the lead. There is no justification for hiding all the reams of information which will be produced in the coming review, and which will have a direct impact on the cost and reliability of our electricity for decades to come.

Waiting until the smoke had cleared from the recent election, in which the company embarrassed itself, the announcement included an admission that the price of the proposed project has already risen more than 20% to almost $10 billion.

There has long been too much secrecy in the SCC’s cases, a complaint I have aired several times in various forums. This has been accompanied by a reduction in the amount of attention given to these matters in the traditional news media, with the most active news source these days hardly objective but instead a cheerleader for this unreliable, intermittent electricity source.

Among the people who will be kept in the dark should the motion be approved will be the members of the incoming General Assembly and the Glenn Youngkin administration, who would be in a position to amend the 2020 statute that so totally tied the hands of the SCC in this matter.

You yourself have been an advocate for the rapid retirement of reliable fossil fuel generation and its replacement with unreliable energy sources, which I personally consider a conflict of interest for the state’s consumer counsel. I ask you now to set that to the side and take a stand at least in favor of full disclosure and transparency. And don’t do it with a wink and a nod.

Yes, the relevant information will be available to your office as a case participant, and other case participants, but only if they sign the standard non-disclosure agreements. In my past life as the manager of state government relations for the state’s largest manufacturer, I worked with attorneys who had read the secret information but could not share it with me. That was madness.

And yes, Dominion Energy has released a tiny bit of information in a press release, including this:

Customer costs will be reduced by applicable federal tax credits and offshore wind will have no fuel costs over the life of the project.  Over this time, the net average cost of the project to a typical residential customer is estimated at approximately $4 per month, though this figure will initially be less and will vary from year-to-year.

A press release is not a sworn instrument and provides no real data. None of those claims are made in the actual SCC application, which is one page. The myriad assumptions behind the claims are missing. It is spin, puffery, and no one should give it one minute’s credence. There is every reason to suspect those claims could be challenged if all the data were known.

If the up-front cost of the project has risen from $8 billion to $9.8 billion, that would imply the actual 30-year revenue requirement has also risen more than 20%, to around $23 billion. It is the annual cash flow required from customers for that revenue requirement that will determine the ultimate cost.

What exactly is the value of the tax credits they cite, and are they solidly in place for the whole period? What assumptions were made about alternative costs?  And the most important question is, what assumptions are made about the capacity factor, about how often the wind will not be blowing, and the turbines will just be roosts for sea birds? Details matter.

The $10 billion for 2,600 megawatts of nameplate capacity is only the first stage in Dominion’s offshore wind plans. Once that is completed, presumably by 2026, another tranche of similar size is planned. That was initially priced at $9.2 billion up front ($21 billion in overall revenue required). What is that price now? Will the price rise even on the first phase if the project falls behind schedule?

The voters of Virginia have chosen a new attorney general effective January 15, but this duty is yours until then. Attorney General-elect Jason Miyares may or may not take a different position than you on the questions before the SCC in this case, but I would hope he would agree with my call for transparency now.

No reply necessary to this letter, but be assured I will be watching for the response you and others make to this effort at corporate secrecy.