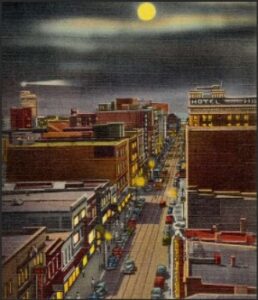 In March of 2021, the Virginia Beach oceanfront was the scene of a shooting spree that left two people dead.

These shootings shock the senses, especially when innocent people are among the victims.

At least one of the Granby Street victims was a bystander, Sierra Jenkins, a 25-year-old Virginian-Pilot reporter. At the Beach last year 28-year-old Deshayla Harris was also killed by a stray bullet.

The deaths of both of these young women who were simply doing what young people have always done on a spring Saturday night were unspeakably tragic.

No sooner had the Granby Street shoot-out happened than headline-grabbing politicians announced their plans to deal with “gun violence.”

Guns aren’t violent. People are. And chances are very good that none of the shooters legally owned a weapon.

Yet, according to a report by Brett Hall of Wavy-10, at a Downtown Norfolk Civic League meeting Monday night, Norfolk City Councilwoman Courtney Doyle grabbed a mic and declared that she wanted to make Granby Street a gun-free zone. How she intends to do that is unclear. There’s a little thing called the U.S. Constitution that may stand in the way.

Hall reported that Doyle said she’s going to propose an injunction to close all business at midnight.

An injunction? Courts issue injunctions. City Councils pass ordinances. And there’s something called the Dillon Rule in Virginia that might also block such a rule unless the General Assembly acts first.

A question for Doyle: Why a midnight closing and not, say 11 p.m.?

Where have we heard that before? Oh, right, that was the Ralph Northam family motto and the reason everyone in Virginia had to be home by 12 during the pandemic.

Shutting down businesses that are still recovering from government-mandated closures during the pandemic is a drastic, business-killing measure. Then again, Norfolk is a city run by Democrats who are famously unfriendly to small businesses.

Police Chief Larry Boone claims the shootings started over a spilled drink and that he may put drones in the air to keep an eye on the late-night crowds.

Here’s an idea, Chief, how about putting more patrolmen on the beat around clubs and restaurants that are open late to deter crime?

Perhaps that’s due in part to the chief himself.

Here’s Boone marching with Black Lives Matter — in uniform — in May of 2020. Yet this hypocrite was running the department when former Lt. William Kelly was fired for anonymously sending $25 to the Kyle Rittenhouse defense fund.

Who’d want to work for a partisan chief like that?

What happened in Norfolk Saturday night was hideous. Two people were killed, one was a bright young lady at the beginning of her career in journalism.

Instead of tossing around hot button terms like “gun violence,” blaming weapons and pretending that midnight closures are the solution, how about getting illegal guns off the street and putting more officers out there?

And fire the chief.

This entry was posted in Crime , corrections and law enforcement, Gun rights and tagged Kerry Dougherty. Bookmark the permalink.