Youngkin Signs Bill to Limit His Own Power 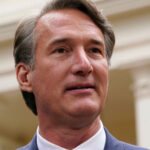 I was at dinner earlier this week with a cousin from out-of-state. We passed a pleasant night without talking politics, but he did want to know what I liked about Gov. Glenn Youngkin.

I pointed out that the new governor of Virginia is serious about getting the commonwealth’s public schools back on track to excellence after his predecessor’s prolonged school closures left many kids hopelessly behind.

I added that Virginians no longer have to dread their governor’s Thursday press conferences, wondering which civil liberties would be yanked away at the whim of a little potentate in Richmond.

(Anyone else remember when Gov. Ralph Northam ordered everyone in their houses by 12 because his parents believed that “nothing good happen after midnight”? Bizarre as it seems, 8.5 million Virginians were forced for a time to live under Northam family rules like naughty teenagers.)

Now Youngkin’s done something Northam never would have done: He signed a bill limiting his own executive powers.

Introduced by Senator David Suetterlein, R-Roanoke, SB 4 ensures that never again will a Virginia governor be able to do what Northam did: use a public emergency as an excuse to issue executive order after executive order, renewing and extending the orders for months on end.

Emergency Services and Disaster Law; limitation on duration of executive orders. Limits the duration of any executive order issued by the Governor pursuant to his powers under the Emergency Services and Disaster Law to no more than 45 days from the date of issuance. The bill provides that if the General Assembly does not take any action on the rule, regulation, or order within the 45 days during which the rule, regulation, or order is effective, the Governor shall thereafter be prohibited from issuing the same or a similar rule, regulation, or order relating to the same emergency. Under current law, once issued, such executive orders are effective until June 30 following the next regular session of the General Assembly.

The bill passed both houses overwhelmingly. A sweeping majority of 91 to 8 members of the House of Delegates voted for the measure and there were 29 yeas to 11 nays in the Senate. The holdouts in the Senate were Democrats like Louise Lucas, who may believe a Democrat will be back in the governor’s mansion next time and want the chief executive to retain dictatorial powers.

Emergency orders are — by their nature — supposed to be short-lived. In the event of a catastrophic hurricane, for instance, the governor could order after-dark curfews to protect folks in the path of the storm while the power is out.

Still, 45 days is generous. A limit of 30 days — or even 14 — would make more sense. Just long enough for the peoples’ representatives to meet and decide if they want to extend the governor’s policies.

When Youngkin campaigned against endless emergency orders some cynics whispered that he’d change his mind once he held the reins of power.

This entry was posted in Disasters and disaster preparedness, General Assembly, Governance and tagged Kerry Dougherty. Bookmark the permalink.