The General Assembly session deadlines require final decisions on various revenue bills before the final budget bill is adopted, in theory keeping the two issues separate. What is good tax policy should not be driven by the need or greed of the appropriators.

But the conference committee overseeing the final decision on how much of the Paycheck Protection Program Grants will be taxed is dominated by appropriators, including the chairs of the both the House and Senate budget panels. The Senate’s proposal to allow $100,000 of PPP grants to be tax free produces less revenue, so the House’s position of allowing only $25,000 to be tax free meant the House budget includes another $70 million in spending.

The announcement that the state’s economy continues to hum and produce additional revenue, adding $730 million more in the General Fund, would allow for the Senate position to prevail without the need to cut the existing House budget. But the pressure remains to tax more and spend more, with Governor Ralph Northam raising expectations even higher with a late proposal for fatter employee raises.  END_OF_DOCUMENT_TOKEN_TO_BE_REPLACED

Democrats, the primary bulwarks for the Certificate of Public Need (COPN) law in Virginia, took the opportunity last year to create as part of a major revision to COPN law a new 19-member State Health Services Plan Task Force.

That group is to advise the Board of Health on the content of the newly renamed State Health Services Plan (ex-State Medical Facilities Plan (SMFP).

I wish the task force luck.  They will need it.

The new task force is apparently a temporary casualty of COVID-19, but it shows how desperate the Democrats (read hospitals) are to revitalize COPN after a 2019 Chesapeake Circuit Court decision and supporting appeals court decision in Chesapeake Hospital Authority d/b/a, etc. v. State Health Commissioner and Sentara Hospitals.

Both decisions exposed it for what it is — a regional monopoly protection racket that is subjectively applied — and found the administration of the COPN system in Virginia to be incompetent at the same time. END_OF_DOCUMENT_TOKEN_TO_BE_REPLACED 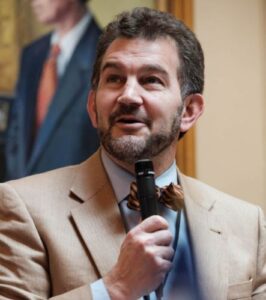 A Senate committee voted Thursday to spike a bill aimed at “expanding diversity” in Virginia’s governor’s schools, reports The Virginia Mercury. While it is encouraging to know that admittance into the governor’s schools will continue to be based on merit-based tests, the vote has a broader significance, which is even more heartening. It hints that a significant number of Democratic Party legislators are not entirely on board with Governor Ralph Northam’s policy of implementing policies informed by critical race theory throughout Virginia schools.

The stumbling point for several Democratic legislators is that they have many Asian-American constituents. Asian-Americans are disproportionately admitted into Virginia’s elite public high schools, most notably into Northern Virginia’s nationally recognized Thomas Jefferson High School for Science and Technology where they comprise 73% of the incoming freshmen. Asian-Americans have the most to lose from Northam’s definition of “diversity,” which requires admitting more African-Americans and Hispanics and fewer Asians. Whites would be far less affected by the changes. END_OF_DOCUMENT_TOKEN_TO_BE_REPLACED

The main factor leading to the increase was the unanticipated growth in sales tax revenues. Overall, the General Fund revenues through January grew by 6.0% over the same period a year ago. By comparison, the current budget is based on an estimated annual General Fund revenue growth of 1.2%.  The Governor’s letter to the money committees is here; a Power Point summation of the forecast increase is here; and the detailed January revenue report is here. END_OF_DOCUMENT_TOKEN_TO_BE_REPLACED 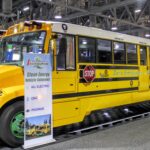 When the Senate bill that allowed Dominion Energy Virginia to buy a fleet of electric school buses with ratepayer dollars was up for discussion last week, three environmentalist lobbyists spoke against it. They focused on the excessive cost and questioned whether it was a reasonable way to develop useful battery storage.

The counterattack was immediate and fierce and came from a Hampton Roads Democratic delegate.  “I can’t believe environmentalists are testifying that electric school buses are bad for the environment!” he shouted into his computer’s microphone. He ignored what they actually said and attacked on a false front, seeking to force them back into their accustomed swim lane.  END_OF_DOCUMENT_TOKEN_TO_BE_REPLACED

Virginia law prohibits a candidate for public office from converting “excess” campaign funds to her personal use when closing out her campaign finance account. However, there is nothing to prevent a candidate from using campaign funds for personal, non-campaign related, purposes during a campaign.

Ever since his first General Assembly session (2014), Del. Marcus Simon, D-Falls Church, has introduced legislation to prohibit any personal use of campaign funds. Year after year, the bill died, with no recorded vote, until the 2019 session, when subcommittee votes were required to be recorded. That year, the bill died, 4-3, in subcommittee, with the four votes against it cast by Republicans. Last year, the bill was carried over again. END_OF_DOCUMENT_TOKEN_TO_BE_REPLACED

The Democratic Coalition’s Conflicts of Interest Cause Much Political Scrambling

It is tough to be a Democratic politician in Richmond or Washington. Now that they govern, they find it one big game of coalition whack-a-mole.

I have written today of the conflicts between the interests of teachers unions and those of parents playing out in the Virginia General Assembly. That vital Democratic suburban women demo is in play.

That is the tip of the iceberg for Democrats. They have assembled a coalition whose interests are fundamentally opposed. Those fissures are only fully exposed when they have unfettered governance, which they have now both in Richmond and Washington.

The only things they seem to agree on are big government, free money and government regulation and control of nearly everything except their own interests.

After that, it gets dicey. END_OF_DOCUMENT_TOKEN_TO_BE_REPLACED

I wrote this morning about Virginia SENATE BILL NO. 1303 (Amendment in the Nature of a Substitute) Local school divisions; availability of virtual and in-person learning to all students.

The lengthy Democratic substitute to a one-sentence Republican bill was written over the weekend to provide political cover to the Democrats. Unfortunately, it did much more than that, all of it bad.

“Prior to the start of the 2021–2022 school year, all teachers and school staff shall be offered access to receive an approved COVID-19 vaccination through their relevant local health district.”

“Offered access.” I was asked by a reader whether I would recommend mandating teacher vaccinations.

My answer is yes. END_OF_DOCUMENT_TOKEN_TO_BE_REPLACED 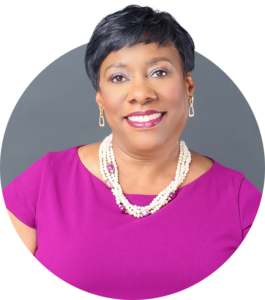 Democrats are attempting to rush through a bill to provide political cover from a backlash by parents against the continuing closure of Virginia schools.

Never ones to let a crisis go to waste, they have put union-written provisions in the bill that will permanently change the nature of the public schools for the worse.

So let’s look at Virginia SENATE BILL NO. 1303 AMENDMENT IN THE NATURE OF A SUBSTITUTE Local school divisions; availability of virtual and in-person learning to all students

There are four provisions in the bill that will change Virginia public schools, some forever. END_OF_DOCUMENT_TOKEN_TO_BE_REPLACED

Saslaw has received nearly a half million dollars in campaign donations from Dominion Energy and its previous CEO, Thomas Farrell. The Chairman literally would be cheap at ten times the price.

“The Senate Commerce and Labor Committee on Monday swiftly killed the last of more than half a dozen bills this session that aimed to reform Virginia’s system of electric utility rate review, which is seen by Wall Street investors as favorable to the utilities and by critics as an example of legislative capture by companies with an outsize influence over the General Assembly.”

Dominion sweeping all before it actually gives some sense of stability to the General Assembly.

Below is a list of campaign donations by Dominion Energy and Tom Farrell to the Senators who voted with Dominion on the closest vote, 8-7 to table Virginia HB1132 Electric utility regulation; initial triennial review, requirements, sponsored by Del. Jay Jones (D). END_OF_DOCUMENT_TOKEN_TO_BE_REPLACED

Your PIPP Tax Will Buy Heat Pumps For Poor 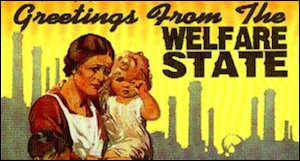 Lower-income Virginians who are customers of the two largest electricity providers may begin to receive subsidies on their residential bills in March 2022 under legislation moving forward in the General Assembly. The money for the subsidies will come from their fellow customers.  END_OF_DOCUMENT_TOKEN_TO_BE_REPLACED

The ultimate goal of the Transportation and Climate Initiative with its tax and rationing scheme is to eliminate fossil fuels for transportation and get us into electric vehicles. That is something advocates have admitted and critics have pointed out. While Virginia TCI participation is on hold in this statewide election year, the 2021 General Assembly is following other pathways to the utopian EV future.

The House of Delegates has sent the Virginia Senate a bill to create a state financial incentive of $2,500 for purchase of a new or used electric vehicle. An additional $2,000 rebate is offered to a low- and middle-income buyer of a new car and $500 if that buyer choses a used EV.

The House has also passed legislation empowering the state’s Air Pollution Control Board to adopt state regulations on vehicle fleet fuel economy and to model California’s existing program forcing manufacturers to offer more zero- and low-emission vehicle sales in the state. This bill sets no goals but puts an accelerated process in motion, bypassing the full regulatory review, with a goal of regulating the 2025 model year vehicles offered in the state. END_OF_DOCUMENT_TOKEN_TO_BE_REPLACED

All According to Plan – the Biggest Government Scandal in Virginia History

The Virginia Mercury published  an excellent article on the difficulties being encountered in Virginia in scheduling COVID shots.

But who could have anticipated the need? Who indeed.

This story is part of the single biggest government scandal in Virginia history and the press is either ignorant of the underlying issue or has ignored it. I think ignorance is more likely. Certainly Governor Northam’s executive branch made every effort to hide it from them.

I say the executive branch because I firmly believe — and hope really — the Governor himself never had a clue.

We have discussed here the failures of the City of Richmond Public Schools (RPS) in educating its economically disadvantaged children, as well as the abysmal performance of Black children in its schools.

I intend to help readers understand how it manages to fail repeatedly even with major federal funding as guardrails and state oversight officially in place.

Title I of the Elementary and Secondary Education Act (ESEA) provides financial assistance to local educational agencies (LEAs) such as RPS and its schools with high numbers or high percentages of children from low-income families to help ensure that all children meet state academic standards.

It is useful to drill down into the details of that program so that readers can understand how every school district in Virginia is supposed to plan and execute the education of poor kids to improve their chances of success.

The question that will remain when I finish will be accountability.

How does a system like the Richmond Public Schools continue to submit similar paperwork every year and every year fail to meet its stated goals? Where is the accountability? Why do the people of Richmond put up with it?  END_OF_DOCUMENT_TOKEN_TO_BE_REPLACED