There Is a God and He Has a Sense of Humor 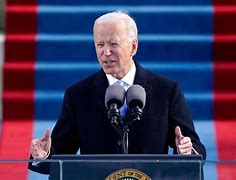 The Left won control of government in the most recent elections nationally and in Virginia. Elections indeed have consequences.

The focus on race instead of class by the newly victorious left will have major consequences here.

Virginia, because of its massive concentration of federal workers and contractors in Northern Virginia and military and contractors in Hampton Roads, will be the state most heavily effected by the new Biden administration policies.

Virginia’s education system is already in the midst of an antiracism transformation at the hands of the Governor, the General Assembly, the Department of Education, left-leaning school boards in districts like Albemarle County and left-wing schools of education in Virginia such as those of UVa and VCU.

I am going to use this essay primarily to offer commentary from the Left on what this means and whether it will work.

What does antiracism training and education mean?

Both Left and Right agree that antiracism training is based on critical race theory, so it is useful to see that both sides largely agree on the definition of what is to be taught.

“The view that the law and legal institutions are inherently racist and that race itself, instead of being biologically grounded and natural, is a socially constructed concept that is used by white people to further their economic and political interests at the expense of people of color.”

The Right: Max Eden, a senior fellow at the Manhattan Institute:

So, we start with a common understanding of terms on the left and right.

But the mainstream media isn’t keen to publish the definitions put forward by antiracism training practitioners to avoid informing, and upsetting, the uninformed.

“Critical race theory attempts to place racism and its effects into a historical context.” – Newsweek, Jan. 21

So, what does the ascendant Left write about how to accomplish this? To see what the Left reads and to what they refer, consult Anti-racism 101 for resources identified by activists as moving anti-racism forward. 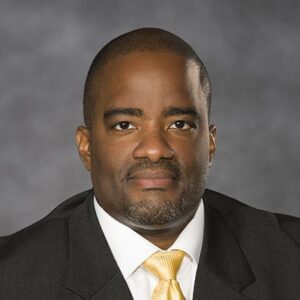 Andrew Daire_PhD_Dean of the VCU School of Education. Credit: VCU

For a look at what teachers have to look forward to, to what a leftist Virginia state-supported university means by antiracist education, the VCU School of Education Office of Strategic Engagement offers the following nine 2-hour seminars on Becoming An Antiracist Educator.

For teachers, such “training” is to be required every two years. They will be monitored at all times as they teach. Their evaluations will comment upon their antiracist activism… for as long as they remain teachers… which in the new educational regime may not be as long as we wish or need.

Staying with commentary by the Left, Jacobin magazine recently published an article, Workplace Anti-Racism Trainings Aren’t Helping, by J. C. Pan. Mr. Pan is a staff writer at The New Republic and has contributed to Jacobin, Dissent, The Nation, and other publications.

If that is not an impeccable leftist resume, one doesn’t exist.

The article starts out with the required ritual denunciation of Donald Trump, but then gets interesting. Excerpts:

There’s also a substantial body of evidence that workplace trainings intended to change workers’ hearts and minds don’t actually do much to reduce their biases. A few years ago, a meta-analysis of nearly five hundred studies on implicit bias interventions found that while such sessions occasionally briefly and slightly diminished participants’ implicit biases, they had no significant long-term effects on people’s behavior or attitudes.

One reason why such trainings are so ineffective in the workplace, researchers Frank Dobbin and Alexandra Kalev have argued, is that people unsurprisingly tend to dislike others’ attempts to change their thoughts or infringe on their autonomy. (As they explained it, “Try to coerce me to do X, Y, or Z, and I’ll do the opposite just to prove that I’m my own person.”)…

Anti-racism trainings — particularly of the “white fragility” sort — demand access to workers’ thoughts and feelings on highly charged topics, usually in the presence of their supervisors, and evaluate those workers’ responses, often with the explicit goal of generating discomfort. No wonder, then, that they often backfire.

It’s also clear that employers’ ability to fire people for their conduct outside of work has already taken a serious toll on American workers’ rights; the last thing at-will employment needs is any kind of progressive gloss. Making it easier to oust or discipline “racists” is no win for workers when the boss remains the ultimate arbiter of who’s racist and who’s not…

…the NLRB ruling shows how quickly the ruling class can adopt egalitarian language in service of undermining workers of all races.”

He worries that antiracism policies, the “progressive gloss” that is the subject of his essay, will convert workplaces into dystopian nightmares of suspicion, retribution and lost workers’ rights. Suffice it to say his views are not those of the majority of the Left.

I will leave it there. Both sides agree on what antiracism training and education means. Virginians will have front-row seats to see if it will work.

Northern Virginia’s state-dominant Left, more than any other population in the country, will experience first hand at work and in their kids’ schools what they voted for.

Which confirms once more that there is a God and he has a sense of humor.