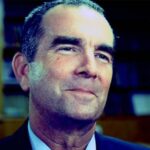 Former Speaker Kirk Cox, R-Colonial Heights, has been assiduous in his criticism of Governor Ralph Northam’s handling of the COVID pandemic — and for good reason.

Consider the successes enjoyed by West Virginia. Rather than plugging in to the federal system that mandated distribution centers, West Virginia instead activated its National Guard to create a 50-man hub designed to reach out to communities and coordinate directly with them.

Instead of going through big box stores, West Virginia opted to use local pharmacies and small businesses.

Rather than leaving things to chance and assuming that local health departments and state hospitals would simply pick up the slack, West Virginia opted instead to utilize over 250 pharmacies — all trusted by their communities — to achieve a first in the nation result.

Meanwhile, Virginia struggles with a ranking of 49 out of 50.

Cox’s concerns regarding Northam’s lackadaisical pace were reviewed by the left-leaning Politifact Virginia who found after much review that Republican criticisms of Northam were not just true in sentiment but utterly factual:

“The Northam administration’s ability to distribute and administer vaccines has been extremely disappointing,” Cox said. “Ranking in the bottom third of states nationally, every state we border is doing a better job than Virginia in administering this life-saving vaccine.”

Northam’s not-so-subtle jab towards Virginia’s hospital network as being the holdup strikes the objective observer as both unfair and untoward. Thus far, Virginia’s hospitals have been doing yeoman’s work, not only tackling the pandemic but continuing to provide care for cancer patients, emergency care, heart attacks, routine medical procedures and so forth.

All on top of a pandemic.

For those who like percentages? West Virginia has fully vaccinated 1.4% of its population, compared to Virginia abysmal 0.04% of it’s population.

Yes — those are accurate numbers, folks.

Nor has the distribution been entirely even. To this point, the Richmond metropolitan area seems to be getting roughly as many vaccinations as all of Fairfax County — a head scratcher if one considers population densities.

Loudoun County has received as many vaccines as the entire Fredericksburg region (Spotsylvania, Fredericksburg, Caroline, King George and Stafford) combined.

Rural parts of Virginia seem to be sidestepped entirely in favor of urban centers. How many people can off the top of their heads know precisely where to go to get a COVID vaccine if and when your turn comes up?

Speak Spanish? Don’t worry — VDH says la vacuna no es necesaria. Or at least, it did until three days ago when the media caught on to the mistranslation. (I’m not sure you need to be translating the works of Jorge Luis Borges into English to understand what no es necesaria means).

These aren’t minor missteps. These are failures of leadership. The fact that Northam continues to play a shell game by assigning blame rather than working on the problem only feeds the problem at hand — quite simply, the sad truth is more than what most folks might want to hear.

Simply put, Northam is shifting the blame to others for the precise reason that our governor is neither in command nor in control of this pandemic.

Please do not misunderstand my intention here. Far be it from me to politicize the pandemic and the vaccination rollout. Virginia’s doctors and health care professionals have done an amazing job tackling this problem with the tools at hand. Blaming politicians for acts of God is interminably obtuse and I have little stomach for it. Yet when it comes to the actions of our government, one expects a more hands on approach to getting vaccines where they need to be in a timely, critically needed fashion.

The absolute worst thing we can do is what we have done, which is to infantilize the public with curfews between the hours of 12am and 5am that do absolutely nothing and are rarely enforced. Or mandate masks outdoors. Or continue to create panic where common sense need apply. The litany of mismanagement continues.

Northam should be providing a calming presence that is in full command of the facts, one that reassures the adults in the room and then asks the fearful to step up their game a bit. To date, Northam has been proven to be little else than a spokesman for failure.

Virginians deserve answers and not excuses. What’s more, we deserve to be treated, talked to, and leveled with as adults and not tax serfs to be managed. It is utterly intolerable for Virginia to have only given the full vaccine to 0.04% of its population, and there is no one — no one — to blame but Ralph Northam.

The buck stops with Ralph.

This entry was posted in Public safety & health and tagged COVID-19, Guest contributors. Bookmark the permalink.