I have questions in my own mind about the quality of Virginia public schools.

In search of answers I invested several weeks full time in building into a spreadsheet what I consider some of the critical metrics among both Virginia public schools in general and ten different school districts that I chose.

For each of those districts I recorded data on:

I chose and paired the ten different school districts (of 133) in an attempt to get a cross section of urban, suburban and rural districts in Northern Virginia, the Richmond area, Southwest Virginia, Hampton Roads and Southern Virginia.

I used the 2018-19 school year, the last year before COVID, to provide a baseline for learning losses and what those schools need to do going forward.

The data reveal enormous problems with the basic building blocks of education.  END_OF_DOCUMENT_TOKEN_TO_BE_REPLACED 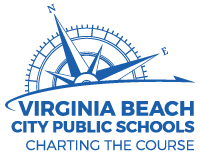 Neither did the fact that they were obviously trying to confuse the public by postponing and then cancelling meeting dates, which resulted in the happy accident of thwarting a scheduled rally protesting Critical Race Theory in Beach schools. END_OF_DOCUMENT_TOKEN_TO_BE_REPLACED

Charlottesville: Where All the Children Are Above Average 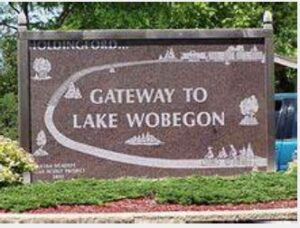 The 86%-gifted finding is all the more remarkable when you consider the fact that only half (50%) of Charlottesville public school students passed their English Standards of Learnings (SOL) exams in the 2018-19 school year, and only 20% qualified as “advanced.”

The Bigotry of Low Expectations Is Getting More Bigoted 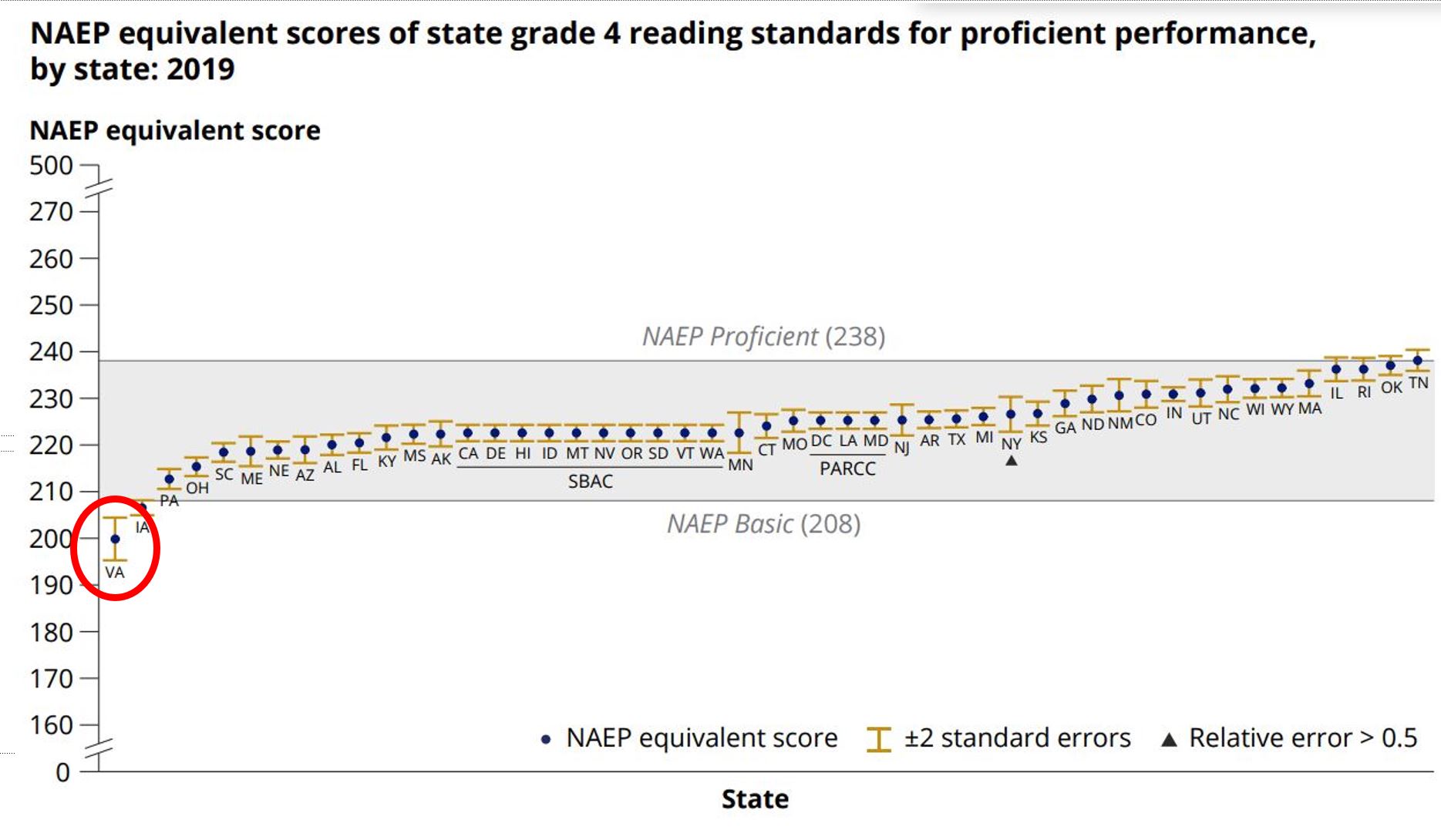 Setting the bar for low expectations. Yup, that’s Virginia in the red circle. Virginia’s passing grade for 4th grade Standards of Learning exams is below what the NAEP considers “basic,” which is lower than proficient.

Virginia’s standardized tests used to measure reading and math proficiency for 4th graders set the lowest passing score in the country in 2019 — literally the lowest among the 50 states — according to a National Assessment of Educational Progress report. Virginia’s reading standards were so low that they fell below what NAEP considered “basic.”

NAEP conducts what it calls a “mapping study” that compares the proficiency standards set by the states for their students. Because standards vary across states, they cannot be compared directly. So, NAEP compares state standards to its standard, which it uses for national tests every two years.

The mapping study, released June 1, 2021, examined the reading and math standards for tests administered in 2019. Virginia’s reading standards that year reflected decisions made by the Virginia Board of Education (SBOE) in 2013. In 2020 the SBOE watered down Virginia’s English reading test standards even more, requiring students to answer even fewer questions correctly to be considered “proficient.” Unless other states lower their standards, Virginia could fall even further behind its peers. END_OF_DOCUMENT_TOKEN_TO_BE_REPLACED 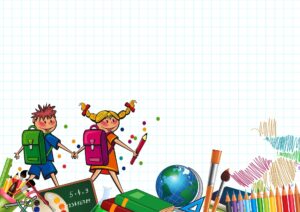 Falsehood. Publication. Eventual correction. Repeat. An Op-Ed piece in the Washington Examiner penned by Corey DeAngelis documents disturbing cases of factual errors about education funding made by so-called experts and published by so-called professional news outlets. In each case, the error was eventually corrected. However, those corrections were made days after the original false statement. END_OF_DOCUMENT_TOKEN_TO_BE_REPLACED 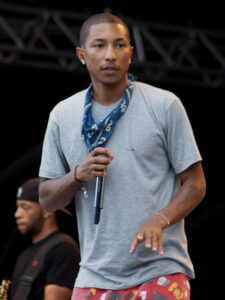 I don’t think it’s an exaggeration to say Pharrell Williams is much more than a hugely successful rapper, musician and songwriter.

He’s something of a visionary.

For instance, Virginia Beach struggled for years with the annual College Beach Weekend in April when tens of thousands of mostly African American students would flock to the beach for a three-day party.

Too many young people, too little to do plus an influx of troublemakers meant the celebration often turned violent. After years of problems, tensions between the city and the revelers were raw. 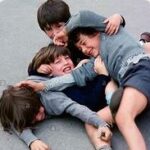 Does anyone seriously doubt that boys misbehave more than girls in school? Until recently, no one would have disputed that, as surveys of students show that boys get into fights at twice the rate girls do. In those same surveys, conducted by the National Center for Education Statistics, Blacks say they get into fights at more than twice the rate Whites do on school grounds.

But the nation’s Democratic attorney generals either don’t know about, or don’t believe, these surveys. Instead, they seem to believe that every racial or sexual group misbehaves at exactly the same rate. Every single Democratic state attorney general in America — all 24 of them, including Virginia Attorney General Mark Herring — recently cited the higher discipline rates of Blacks and boys, as causes for alarm, in a May 24 letter to the Education Secretary and U.S. Attorney General.

The letter urged the Biden administration to reinstate and expand the Obama administration’s school-discipline guidance, which encouraged schools to suspend Blacks and Whites at the same rate, to target not just statistical disparities based on race, but also disparities based on gender, sexual orientation, gender identity or disability. END_OF_DOCUMENT_TOKEN_TO_BE_REPLACED

A Gift to VDOE From a Critic

I write about education in Virginia.

I think VDOE is going down the wrong rabbit holes in some of its programs, but I want to be able to see what the data says.

There are vast troves of state and federal government education data, but I have been frustrated by the lack of useful visualization tools for assessing the true academic performance issues in our K-12 schools.

So I have built one. Hardly perfect, but it works.  And no, you have not seen this one before from me in a previous post. I had to change and expand it to make it work the way I wanted.

It now does.  I offer it to VDOE for free. END_OF_DOCUMENT_TOKEN_TO_BE_REPLACED 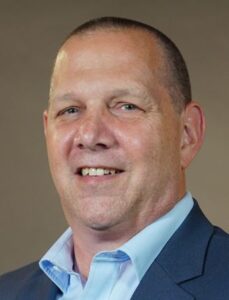 Scott Ziegler: It depends on what the meaning of “is” is.

Under assault from irate parents, Northern Virginia educators have been at pains to say that they do not teach Critical Race Theory to students.

At a school board meeting earlier this month, interim Superintendent Scott A. Ziegler repeatedly denied instructing students in the controversial theory, which posits among other things that all Whites are racist (although some can strive to be “allies”) and that society’s institutions, designed by Whites for Whites, constitute a form of systemic or structural racism.

According to The Washington Post, School Board Chair Brenda Sheridan asked Zeigler point blank: “When you are asked, ‘Is Loudoun County Public Schools teaching critical race theory?’ what is the answer?”

“The short answer is that we are not teaching critical race theory to our students,” Ziegler said, calling the theory “a subject for academics.” END_OF_DOCUMENT_TOKEN_TO_BE_REPLACED

Pharrell to Fund a Micro-School in Norfolk 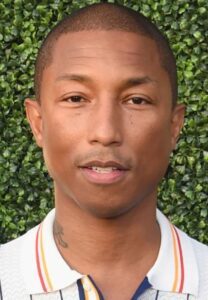 Music superstar and Virginia Beach native Pharrell Williams is not satisfied  with the education provided by public schools today. But instead of signaling his virtue through Tweets, he’s doing something about it. His philanthropy YELLOW is funding the launch of a micro-school in Norfolk’s Ghent neighborhood that will deliver a personalized, hands-on alternative to traditional learning for lower-income children.

The school, YELLOWHAB, will provide a tuition-free education to an estimated 40 to 50 kids in its inaugural year. The philosophy behind the schools rejects the traditional classroom setting and standard grade systems, and will introduce a problem-solving-based curriculum tailored to students’ individualized strengths and differences.

“There are lesson plans. When we say ‘non-traditional’ it doesn’t mean we’re throwing everything out. Some things work,” YELLOW Executive Director Mike McGalliard told said WVEC News. “The best educational examples that we’re borrowing from are examples of project-based learning.” END_OF_DOCUMENT_TOKEN_TO_BE_REPLACED

Throwing Kids into the Volcano to Appease the COVID Gods

Am I the only one who noticed that once Joe Biden became president news outlets lost interest in the COVID scorecards they featured prominently during the pandemic?

Remember those screaming headlines about cases and deaths that ginned up the hysteria daily?

But guess what? I’ve been quietly keeping track of the stats ever since May 2020 and there’s very good news.

In all of Virginia yesterday there were only 90 new positive COVID tests. END_OF_DOCUMENT_TOKEN_TO_BE_REPLACED

Removal of Cops on Richmond School Board Agenda

The City of Richmond School Board tonight has as an agenda item its strategic plan “Priority 3 – Safe and Loving School Cultures” tonight at 6 PM.

That is where Superintendent Jason Kamras’ proposal last summer to remove school resource officers (SRO) from the schools in which they currently provide security is the biggest issue.

Some teachers in those schools are concerned about their safety and the safety of the children if Kamras’ proposal is adopted. So inevitably are some of the parents. Other parents and teachers support the change. Non-profit lawyers of course support it. END_OF_DOCUMENT_TOKEN_TO_BE_REPLACED 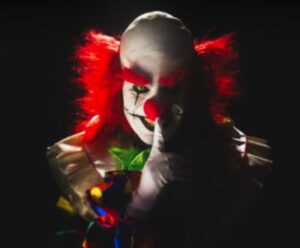 It’s tempting to call the latest shenanigans by the Virginia Beach School Board a clown show.

I probably shouldn’t, though, since that insults the proud tradition of clowning and implies that there is something humorous about the board’s ham-handed attempts to circumvent open meeting laws and its quiet determination to infect the schools with Critical Race Theory.

The Beach School Board is not funny. It’s behaving in a way that is profoundly undemocratic.

Despite being set weeks earlier, it was held without the usual public notice and was not broadcast.

At 8:30 this morning in General District court, a judge will decide if — as School Board member Victoria Manning claims — this was an illegal meeting. (Then again, there may not be a decision. On Sunday afternoon Manning told me that it appeared the Board was spending tax dollars on outside counsel to represent the body and might ask for the case to be continued.) END_OF_DOCUMENT_TOKEN_TO_BE_REPLACED

Some things are very important that the average citizen knows little to nothing about.

For example, a complex state computation, the Composite Index of Local Ability to Pay, determines how much state money per student goes to your school district to maintain an overall state ratio of 55% state and 45% local.

You will find some big surprises in the list of school division indexes, or at least I did.

My home division of Virginia Beach did not make the top 20 highest indexes, while the City of Richmond did. Fredericksburg is a top-20 division. Stafford County is in the lower middle group. Bath County has the third highest index out of 133. END_OF_DOCUMENT_TOKEN_TO_BE_REPLACED

An Expanded View of the Extraordinary Chesapeake Schools

Yesterday I wrote about the six school districts in South Hampton Roads. At the request of a reader, I expanded the data for Chesapeake.

The data show a white minority (43%), multiracial school system that in 2018-19  (last year before COVID disruptions) exceed state SOL passing averages for every major racial grouping in both math and reading.

The results are amazing. END_OF_DOCUMENT_TOKEN_TO_BE_REPLACED