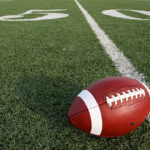 On Monday, The Virginian-Pilot published a story headlined, “With Few Students and No Fall Sports Business Dries Up Around ODU.”

Businesses near the campus of ODU have been through mandated closures and restrictions on their capacity, but the fall semester has brought with it more trouble: no sporting events and a decreased student presence on campus.

Yep, college towns around the country are suffering as students attend online classes and even those on campus are limiting their social activities. The Pilot reports that 58% of ODU students are entirely online this year.

Not good for local businesses.

What may have seemed like a swell idea to some nervous school administrators on August 10, turned out to be a huge fumble.

Perhaps ODU brass thought they’d lead the way in making this bold decision to scrap the school’s most popular sport. If so, no one in the conference followed.

On Sept. 4, ODU President John Broderick and ODU Athletic Director Wood Selig co-authored a piece in The Washington Post, “Why Cancelling Our Football Season Was An Easy Decision,” in which they declared, “If it was a good decision to cancel sports in the spring, we believe it’s the same good decision now.”

There were many unknowns in March when sports and classes were cancelled around the country. By summer, however, it was well known that the virus posed little risk to college-aged students and athletes. In fact, data from the CDC shows that COVID-19 is less dangerous than the seasonal flu for those under the age of 40. Many of the so-called outbreaks are clusters of positive tests rather than sick students.

As it turned out, ODU ended up being one of just three FBS schools not playing football this fall. The Monarchs are in terrible company, too, with UConn and New Mexico State, a SunBelt conference school that has a reputation of making much of its money by getting beat up by big football programs looking for cupcake games.

While some were making dire predictions about COVID outbreaks murdering the fall football schedule, the delayed season has gone off better than expected with a handful of postponements due to the virus.

Because of the decision to scrap football, Monarch fans can turn on their TVs on Saturday and watch any of the remaining 13 schools in C-USA playing to various size crowds depending on the state. Marshall, with its storied program, leads the conference.

Of course, even if ODU were playing football, Governor Ralph Northam’s arbitrary limit of 1,000 fans would hardly revitalize the Hampton Boulevard business corridor. It would, however, provide Norfolk a welcome slice of normalcy in a year punctuated by panic and hysteria.

Despite smaller, socially distanced crowds and little tailgating, college football is fun this year. A happy distraction from politics and the pandemic.

Sadly, Monarch fans are on the outside looking in.

This entry was posted in Education (higher ed) and tagged COVID-19, Kerry Dougherty. Bookmark the permalink.