Energy “PIPP” Proposal Just the TIP of an Iceberg 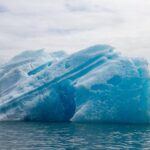 The initial “PIPP” tax added to Dominion and APCo bills in 2021 may hide the full impact of the program.

As the State Corporation Commission prepares to set up Virginia’s first electricity cost shifting program, using a tax on all electric bills to provide discounts to low-income customers, advocates are already pushing to expand and enrich it.

An expert hired by an environmental group argues in testimony that the General Assembly erred when it capped electricity payments from poorer households at 6% of their monthly income if they did not have electric heat, and 10% if they did. Appalachian Voices’ expert wants the SCC to lower the rate to 5% and 8% respectively, greatly increasing the amount of revenue that must be extracted from other customers.

The Sierra Club’s expert ripped apart the assumptions behind the initial proposal from Dominion Energy Virginia. He then pushed for the immediate addition of $19 million to pay for additional energy efficiency programs for low-income customers, rejecting Dominion’s claims that it has sufficient programs in place or in the works for that purpose.

As previously discussed, pretty much only on Bacon’s Rebellion, the new program is called the Percentage of Income Payment Plan, or PIPP, and is similar to programs in other states. More detail on those other state programs also emerges in the testimony now on file.

What is clear after reviewing the case documents around Dominion’s proposal, and that for Appalachian Power Company, is that PIPP as we see it now is just the tip of an iceberg. Nobody has any solid idea how many Virginians will actually seek to participate and will see lower bills, how much money will be needed to hold their monthly bills below the caps, and how a future General Assembly may expand this.

Hearings on the Dominion and APCo proposals will be held Wednesday and Thursday of this week.

Right now, the PIPP “universal service fee” (it’s a tax, not a fee) will apply just to customers of those large investor-owned electricity firms. In other states more utilities, including natural gas providers, have programs to subsidize low-income bills with money paid in by all other customers. Low-income customers can also pay significant bills to the rural electric cooperatives.

In their initial proposals the two Virginia utilities both estimated they would need to add about $1 to $1.15 in tax for every 1,000 kWh used, depending on the level of participation among the low-income customers. For most residential consumers, that would be about $15 a year, give or take.

But the flat per kWh additional cost would apply to all customers uniformly, including the largest industrial users. The industrial user coalitions have roused from their slumber and are participating in the case, although they filed no testimony. The added cost would be in tens or even hundreds of thousands of dollars for some of them. Some other states charge variable amount to different classes of customer, but our General Assembly did not.

The initial cost estimates the SCC has are dressed up guesses. Both of the outside experts use different methods and get different results. No one bakes in any potential impacts from the COVID-19 recession. One, Roger D. Colton, hired by the Sierra Club, provides a good summary of the participation levels in some of the other states and says almost 400,000 customer households may be eligible in Dominion’s territory, with more than 140,000 APCo households eligible.

Something will need to be added to the bills effective January 2021 to kick this off. The SCC will be using a dart board to set the amount, so its staff recommends the initial tax should be set for only six months and then reviewed again next summer.

Colton and the other expert, John G. Howat of the National Consumer Law Center, both point out that the legislation envisions that if a customer goes on the PIPP program and stays current from there, any old unpaid bills are then forgiven. There will be many customers with those unpaid balances (more now).

Both discuss how a formal “arrearage management program” could accomplish that, but it would mean added cost and higher initial charges to the ratepayers. In rebuttal testimony, Dominion made excuses for failing to account for the bill-forgiveness element:

“The Company believes holding off on inclusion of additional costs for this component of PIPP remains reasonable at this time given the lack of information regarding what the value of those arrearage balances may be and how relief from those balances may be structured.”

Perhaps. Or perhaps Dominion was merely hoping to low-ball the starting PIPP tax, hiding that part of the iceberg to be discovered later. A couple of other aspects of this are still below the waterline.

Both Colton and Howat also note that Dominion and APCO already have significant allowance for unpaid and un-collectable bills baked in their base rates. If those assumed bad debts are suddenly covered with new PIPP cash, that’s a nice bonus for the utilities. As Colton wrote, it would constitute “a double recovery of those embedded lost revenues.” What, another double dip?  Have they no shame?

Finally, Colton addresses the interaction of PIPP with at least one of the existing benefit programs that already helps low-income families pay for heating and cooling, the Low Income Home Energy Assistance Program. It appears those benefits will be in addition to any benefit from PIPP and cannot be counted as income to the recipients. They can be used to help with the portion of the bill not covered by PIPP.

The biggest unknown is the General Assembly itself. This program was one small part of the massive Virginia Clean Energy (We Don’t Actually Need) Act. There was very little discussion. None of the legislators really understood what they were voting on and the result is a bit of a mess. Expect changes.

If rejected by the SCC, Colton and Howat’s ideas will become 2021 bills. The large electricity customers are likely to push for a change in the flat fee, which would shift more cost to residential users. All customers may figure out what it means to them that 400,000 Dominion households eligible for PIPP – that is everyone on various forms of public assistance – will be protected from the coming wave of higher costs related to offshore wind and solar generation.