The Cancel Culture Knows No Bounds. Where Does It End? 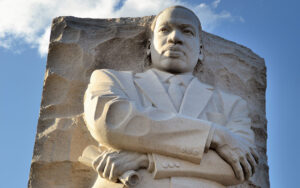 Thomas M. Neale, a lead organizer of the University of Virginia alumni revolt, has written a letter with 200 co-signatories to the Board of Visitors decrying the “cancel culture” permeating the university. The board has voted to rename the Curry School of Education, remove the George Rogers Clark statues, and contextualize the Thomas Jefferson Statue on the Lawn, he says. Intellectual consistency, he argues, would require eradication of all segregation-era university administrators, regardless of their contributions to society, on the grounds that they all shared some taint of oppression.

If Thomas Jefferson needs to be “contextualized” then so do 100% of all Southern leaders prior to the Civil War. This should be extended to 20th century leaders if they presided over universities, businesses, towns, counties, villages or military units that practiced segregated policies. Throw in US presidents prior to 1964 who did not make ending Jim Crow a priority. This is not hyperbole. It is a logical extension of the Racial Equity Task Force’s recommendations.

We ask again… where does this end?

Neal asks an important question: Where does it end? No one at the UVa — or anywhere, for that matter — has articulated logical bounds for the creeping de-legitimization and eradication of past leaders. Cancellations have been applied arbitrarily amidst inflamed passions, and only against targets of Leftist disapproval. No one, I would observe, has suggested contextualizing Martin Luther King, America’s greatest Civil Rights hero, even though his misogynistic behavior, which would make Donald Trump look like a choir boy, should be regarded as grotesque by the #metoo movement. (See “The troubling legacy of Martin Luther King” for a horrific summary of evidence from FBI documents.)

The signatories below and I are writing you in light of the Friday, September 11 Board of Visitors decision to act on the recommendations of the Racial Equity Task Force, among which is a decision to “contextualize” the Thomas Jefferson Statue in front of the Rotunda.

Many universities across America are renaming endowments, removing statues, and eradicating the names of prominent alumni/ae and benefactors whose names adorn university buildings and academic departments. The men and women whose names are being removed do not meet the ethical criteria or
societal norms of our 21st century culture according to the Faculty, Administrative leadership, and governing Boards of these universities. In short, these decisions are made, and judgments decreed, based upon revisionist historical analyses rather than the ethical norms and moral tenets that were prevalent during these men and women’s lifetimes.

I will cite two of the best known incidents since one is germane to a prominent UVA alumnus and the other is from a nearby respected university undergoing similar internal critical Progressive self-analysis:

George Washington and Robert E. Lee were most certainly complicit in the moral stain of slavery. So were literally all US citizens who lived from Maryland south prior to 1865. England did not abolish slavery throughout the British Empire until 1834 through the Slavery Abolition Act, France did so in 1848, and Holland in 1863 to name just a few Western countries. This obviously does not mean slavery was remotely justifiable. However, it does point out that the mores of the times undeniably were drastically different from today. The abolition of slavery also did not mean that blacks were accepted as de facto “equal” members of society in any of these countries until late into the 20th century, not dissimilar to the United States which codified segregation through Jim Crow in the South until the Civil Rights Act of 1964 was passed by Congress.

If Messrs. Curry, Hume, and Withers are to be condemned and eradicated from the University’s history, should we not remove ALL University administrators prior to 1865? To be intellectually honest, should we not extend this to removing all references to University administrators prior to 1964 when the Civil Rights Act was passed, since UVA was operating under the prevailing Jim Crow laws of Virginia and excluded blacks from admittance? I am sure there are numerous examples, but I will offer three for the consideration of the University’s Racial Equity Task Force:

We are all aware of Mr. Jefferson’s accomplishments, but for the record, we would like to cite a few:

If Thomas Jefferson needs to be “contextualized” then so do 100% of all Southern leaders prior to the Civil War. This should be extended to 20th century leaders if they presided over universities, businesses, towns, counties, villages or military units that practiced segregated policies. Throw in US presidents prior to 1964 who did not make ending Jim Crow a priority. This is not hyperbole. It is a logical extension of the Racial Equity Task Force’s recommendations.

We ask again….where does this end?

The reality is that history is rife with countries and leaders who enacted policies that would be considered horrific by today’s moral precepts. We should not ignore these moral failings on the part of countries and leaders when viewed by today’s ethical criteria. Conversely, we must not erase the laudable aspects of leaders from these eras who were considered exemplary during their lifetime, nor should we continually berate them if they don’t live up to today’s mores.

Slavery was a moral stain on US history…..as well as ANY country that practiced this evil practice. That does not make all prominent leaders of these countries during the era when slavery was legal moral pariahs or individuals worthy of unceasing and relentless denigration. Thomas Jefferson is among the most accomplished political leaders in US history. He and George Washington are generally considered to be the preeminent Founding Fathers. We the undersigned unequivocally praise Mr. Jefferson and are justifiably proud of his herculean contributions to our Republic. We revere him as the Founder of the University of Virginia.

We ask the Board of Visitors to stop the unending self-flagellation about Thomas Jefferson’s slaveholding past, acknowledge his amazing lifetime of public service, and thank him for founding our University.

Thank you for listening.