Are Microschools a Macro Trend? 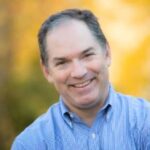 Around the country a string of public schools with test-based admissions have been under pressure to go to different admission schemes in an effort to increase student diversity – for instance lottery-based or enrollment slots allocated by feeder school. (At one level it’s a useful reminder that contra the rhetoric, many public schools are not open-admissions for all students. The system is more textured than the rhetoric about it.)

The debate in New York City over the city’s selective high schools was pretty high-profile. More recently, in Fairfax County the nationally known Thomas Jefferson High School for Science and Technology, or “TJ” to locals, just changed its admission scheme after a contentious debate. San Francisco’s Lowell is moving that direction. Definitely a trend.

It’s not hard to see why it’s happening. The slow, difficult work of ensuring equitable access to resources, teachers, curriculum, and the other ingredients of high quality and inclusive schooling is a politically contentious slog that is fought at every step by a variety of people for a variety of reasons – and not just the people you might think. Meanwhile, the very structure of the system is often not set up to support equity.

Kids don’t have an equal shot at these coveted schools in some places. The core question is whether the best solution is to change the specific schools or change the system of schools and other supports that leads to the outcomes we seek. Politically, the schools’ admission methods are obviously the weaker link. And while there is a temptation to frame this all in purely racial terms, the debates don’t break down cleanly. Nor do possible outcomes. In the case of Thomas Jefferson there is a reasonable chance, depending on who uses the lottery, that the school will end up being whiter after these reforms while also having fewer Asian students but more Black and Hispanic students than today.

Perhaps this is going to usher in a new era of schooling with benefits we’re not realizing right now. That’s the ‘lottery admissions for Harvard’ case and it’s not crazy. Assuming that every critic of these schools is caught up in a 2020 Marxist fervor of wokeness misreads the landscape. The debates about them are long running, as are conversations about the various tradeoffs. Advocates of change are just wisely sensing that this is a good moment to make a move.*

Alternatively, it might also, if history is any guide, drive some parents to seek options elsewhere. These magnet options are by definition highly coveted. Where might they go? Obviously, private is one place but it’s not an accessible option for everyone. Charters are also an option where they exist, they’re free and sometimes theme-focused as well. BASIS is a good example of a specialized school in this vein that appeals to a set of parents looking for specific attributes in a school around academics.

But another option I’d keep an eye on is low-cost privates and micro schools. Pods seem to be more of a phenomena on social media than in communities, but it’s not hard to envision micro schools and low-cost privates as being more attractive to a lot of parents after the pandemic – and more sustainable. Here’s an analysis on those schools from Julie Squire, Melissa Steel King, and Justin Trinidad.

Let’s assume for a moment that Joe Biden wins the White House in two weeks and Democrats take control of the Senate plus a workable majority of seats. One theory is that there would then be enough centrist senators that charter policy would be sort of sleepy. Another theory is that charter schools are a place where there will be a lot of pressure given dynamics inside the Democratic party and what Democrats see as an imperative to rollback a series of blows to organized labor, not the least of them Janus in our sector. If this comes to pass it will fuel the idea that schools that can operate outside the system and its regulatory and political reach, low-cost private options, are the place system disrupters should focus their energy.

And they will find a willing audience. At Bellwether earlier this month we asked 1,234 adults about whether the pandemic experience with schools had made them more, less, or the same in terms of their openness to greater school choice in their community. Almost half of parents (49%) and half of women (47%) said more. Other polls indicate some frustration here, too. I’d watch that, too, especially if post-election a bidding war breaks out among Republican 2024 hopefuls around school choice and the idea gets airtime.

If all this results in more quality options for kids, that’s great. But if it lessens the pressure and urgency to improve the public system overall and drives parents from it, then this may be one more reason we don’t look back fondly at 2020.

Andrew Rotherham is co-founder and partner at Bellwether Education, a national non-profit educational consulting organization. He writes the blog Eduwonk.com where this post first appeared.

*Bonus edutrivia: I am pretty sure Dave Grohl’s (of Scream, Nirvana, and Foo Fighters fame and occasional ed commentator) mom was among the teachers who fought the initial conversion of TJ into a magnet back in the 1980s, which was controversial at the time.

21 responses to “Are Microschools a Macro Trend?”