Progressive Initiatives in Virginia to be Blocked by Environmental Laws? 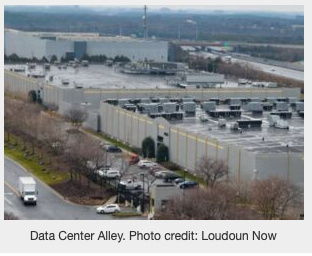 Sometimes we are too clever for our own good.

American environmentalists have been hugely successful and have done a great deal of good. We have them to thank for cleaner water and air.

But traditional environmentalists, supported by legal interests, incorporated two features in America’s environmental laws that may prove as fatal to progressive goals going forward as they were to major polluters in the past:

Traditional environmentalists — those who sought clean water and air and protection for endangered species — did not foresee the trouble that would come from both government bureaucracies and the courts to threaten modern-day progressive climate-change projects.

Now Virginia is ground zero as those features for traditional environmentalists have turned into bugs for progressives.

In these pages we often discuss infrastructure projects that we admire, both in the United States and overseas.

For example, Dwight Eisenhower’s Interstate Highway System, funded by the federal government as a defense project. That system could not be built today at any price.

Bullet trains, the high-speed rail supported by commuters and the greens, are made so expensive and time consuming by government oversight and lawsuits as to fail any common sense cost-benefit analysis. There are better uses for the money.

Federal Oversight. From the bureaucracies come environmental impact reviews (EIRs) in support of permits, an excellent idea in principle.

But, due to a combination of philosophical and bureaucratic motives, this has grown into a multi-billion dollar industry for consultants that adds years to every infrastructure project.

A dozen or more agencies in Washington and their contractors get a whack at the federal reviews. Thousand-page multi-year EIRs for even smaller projects. They are often filled with obscure and seemingly fatuous assessments of potential harm.

Remember when President Obama promised to fund “shovel ready projects,” got the money, and found out there was no such thing?

Virginia Oversight. Similar fumbling with a good idea occurs the state level. The Code of Virginia requires state agencies to prepare and submit an environmental impact report (EIR) for each major project in the state.

Virginia is in the middle of headline political and regulatory contests over the Mountain Valley Pipeline, Dominion’s offshore wind project, controversial permits for massive wind and solar farms that threaten wildlife and bring noise and heat pollution, and permits for data centers that require astonishing amounts of energy.

The Department of Environmental Quality oversees the process. It reviews and approves EIRs prepared by proponent agencies. It has a Procedures Manual if you are interested.

The Department of Aviation creates the EIRs for airports, the State Corporation Commission for electric power generating and power line projects requiring SCC licensing. The Department of Mines, Minerals and Energy issues permits for drilling in Tidewater. VDOT is mentioned 19 times in the manual. Suffice it to say that VDOT has a lot of work in the EIR business.

DEQ’s Office of Environmental Impact Review (OEIR) is responsible for “coordinating state reviews” with their federal counterparts, except when they are not, such as VDOT coordination with the Corps of Engineers.

When that does not work, and it often enough does not, things get sticky; for example:

When there are different outcomes between state and federal reviews, the federal ones win, unless a federal court likes the state one better.

Most environmental laws specifically permit civilian lawsuits to enforce them. Greens sponsored those provisions as protection against elected officials who did not share their zeal. The legal profession just wanted them.

The legal community gravitated happily to the newly defined field for various combinations of philosophical and financial reasons. Cocktail party posturing was a bonus. Almost as good for virtue signaling as working for a non-profit.

Progressive climate change-mitigation projects are in some trouble because the anti-energy hawks ran head-on into the traditional environmentalists:

All may prove losers in court.

Virginia’s federal appeals court is the Fourth Circuit in Richmond. It has proven under current membership a reliable roadblock to government approvals of pipelines. It killed Mountain Valley.

The solution favored by and promised to Senator Joe Manchin for the Mountain Valley Pipeline, a federal law removing the permits for that project from review by the courts, especially including the Fourth Circuit, looks like it likely will not make it.

And the Manchin compromise was not going to provide broader reform anyway.

We will soon find out if the Fourth Circuit applies the same level of environmental scrutiny to projects favored by the anti-energy crowd and contested by the save the whales crowd. Seems a quandary for progressive judges.

But I’m going to bet they side with the-world-is-ending-in-2030 group.

Bottom line. The cases centered in Virginia are but symptoms of the problem.

The core mistake in the environmental laws were provisions allowing private organizations and individuals to sue for their enforcement, so-called citizens suits.

Without that, there would still be our system of government. In representative government, we elect people to pass laws and others to oversee their enforcement.

Suits are brought by the state governments against the feds and vice versa. True conflicts would still get their day in court.

Private suits for enforcement of laws that keep infrastructure projects in court for decades, whichever side we may be on in an individual case, are ultimately undemocratic and destructive of the people’s ability to get public business done.

There would be no way to get it built, at any cost, under today’s laws.

This entry was posted in Courts and law, Efficiency in government, Energy, Environment, Governance and tagged James Sherlock. Bookmark the permalink.