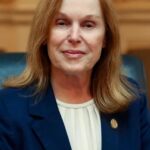 In the ongoing debate over Dominion Energy Virginia’s proposed $10 billion offshore wind project, focus should remain on the people truly responsible for undercutting State Corporation Commission authority to protect consumers: the legislators who passed provisions in the code the utility interprets as a rubber stamp for its proposals.

More than 50 delegates and 20 senators voted for that legislation in 2020, all but two of them Democrats. The same legislators blocked any changes in 2022. Now that the language itself is the center of the legal argument, only one of them has put a comment on the record with the SCC. The rest are missing in action.

That one was Delegate Kaye Kory, D-Fairfax, and she wrote the commissioners to support their proposed performance standard for the 176 turbines during their 30-year lifespan. So, by a vote of 1-0, the General Assembly backers of this have sent a clear message to the SCC.  The message seems to be most are getting shaky in their conviction that offshore wind should be imposed by legislative diktat.

Trust me, Dominion would welcome their support. The record in other cases in recent years is filled with fawning testimony from compliant legislators praising the utility’s plans and positions. They haven’t been reticent in defending the carbon tax they imposed though the Regional Greenhouse Gas Initiative. But on this? Silence.

In her letter, Kory writes the SCC’s proposed standard is:

…a critical consumer protection measure that would ensure that Virginia ratepayers are held harmless in the event the project does not meet the capacity factor performance projected by Dominion…. Given that the offshore wind project is the single largest energy investment in our Commonwealth’s history, as well as the first such project owned by an investor-owned utility, I believe the measure is necessary to protect customers already paying some of the highest electricity bills in the country. I urge the SCC to reject Dominion’s petition for reconsideration of the performance guarantee and move forward with the previous approval as ordered including the performance guarantee.

Also missing from the record is any comment or brief from Governor Glenn Youngkin’s Administration, which only recently was happy to weigh in with a letter to the SCC expressing support for what it considered a vital project.

To recap: the SCC approved the project but imposed the performance standard, seeking to protect consumers from any additional costs for energy if the turbines fail to meet Dominion’s advertised 42% capacity factor. Dominion’s response has been to threaten over and over to drop the whole thing unless the customers bear 100% of the cost and risk.

In the meantime, has anybody been watching the news from Florida? Is there any reason to doubt that sometime in the next 30 years a similar storm (and the climate screamers claim they are getting more frequent and worse) will hit the wind project off Virginia Beach? That vivid reminder alone may be the most significant development during this period of reconsideration.

The utility’s motion for reconsideration gave all the formal parties to the case, other public entities, and a smattering of individuals a chance to weigh in with legal briefs, data or comments. In support of its position that the performance standard is not permitted by the language its General Assembly allies accepted, Dominion got support from (drum roll please) The Sierra Club and one individual.

In support of the Commission’s performance standard (links to their documents included) are:

Those were all legal briefs prepared by attorneys, but the record also contains more informal comments, which often range beyond the question of how to interpret the 2020 legislation. Quite a few challenge the basic wisdom of the investment. They came from:

In the brief from the Attorney General’s Office, the unsolicited comments from the public were cited and quoted as signs of public sentiment, along with the pages of legal argument and precedent. In response, Dominion went out of its way in its final brief to ask the Commission to disregard the data or opinions from those not party to the case.

The comments certainly are abnormal, both because they are not contemplated by 5 VAC 5-20-220 and because they were not directed by the Commission’s Order Granting Reconsideration. As a procedural matter, the comments should not be considered. Substantively, Consumer Counsel’s observation notwithstanding, the fact that a few non-parties to the case suggest—out of procedural turn—that the Commission should do something contrary to law or that would end the Project does not mean that it should.

Had the unsolicited comments and briefs gone the other way, would Dominion have written that? It is like that moment in the trial when one counsel jumps up and objects, and the judge instructs the jury to disregard what it just heard. Does the judge and jury do so? Not likely. The comments were posted by the SCC, not disregarded.