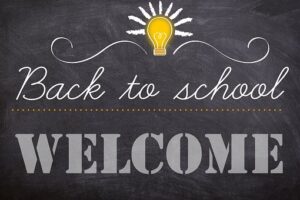 Whoa. Who could have foreseen THIS?

Public schools — offering a substandard educational product this year — are seeing an alarming drop in enrollment as parents yank kids and enroll them in private or homeschools.

Virginia public schools are down 37,000 students from last year, according to The Daily Press. And because schools are funded on a per-pupil basis, public school districts are getting less money. A lot less.

Naturally, school officials are howling and demanding that the state find the loot to make up for their “shortfalls.”

You’d think educators would have a passing knowledge of economics: Educate fewer students and you get less money. It’s quite simple.

Why should schools be paid for kids who are no longer enrolled?

If administrators want their coffers full, they have to reopen schools fully and get kids back in class. They’d better do it fast, before their parents realize how much better the alternatives are to what’s been offered in public school classrooms.

Some of us saw this coming back in mid-June when Gov. Ralph Northam released his cockamamie rules for school reopening that ensured schools would not be able to open in-person five days a week.

At the time, I and many others urged parents to enroll their kids into private or parochial schools immediately, before they were filled.

If public schools adhered to Northam’s nutty rules — which eventually morphed into “suggestions” — it was clear that the rumspringa that began in March would continue into 2021 and beyond with children falling farther and farther behind.

Northam — the science guy — knew that children were at very little risk of infection and that studies show they rarely pass the virus on to adults.

Yet he refused to tell schools to open the heck up.

The only thing Northam’s plans did was prolong the misery of his earlier shutdowns by ensuring that parents of school-aged kids couldn’t return to their jobs even when their workplaces opened.

Outside -the carnage in nursing homes, there is no greater disaster visited upon Americans by their clueless governors than school closings. Young children and those from under-privileged homes without computers, internet or food, are suffering, while teachers’ unions dig in and pressure school officials to keep classes virtual for as long as possible.

Private schools, on the other hand, have reopened without major problems and are offering their students in-person quality education, while poorer children are being hopelessly left behind.

Beyond that, a  growing number of parents decided that instead of plopping their kids in front of computer screens all day, they’d homeschool. According to The Daily Press, Virginia Beach had 2,900 new homeschool intention letters and Chesapeake had 2,300.

The Press reports that “every school district in Hampton Roads’ seven cities reported their enrollment was lower than last fall. Differences ranged from under 350 in Hampton to over 3,600 in Virginia Beach, the state’s fourth-largest district.”

Schools statewide are facing a $155 million shortfall. Administrators want the state – -that’s you and me — to pony up the difference.

Schools shouldn’t be compensated for students they chased away with their boneheaded plans for reopening.

Getting loot for students who have withdrawn amounts to getting paid for not working.

12 responses to “Open Schools and Students Will Return. Maybe.”