A Broad Healthcare Agenda for the 2021 General Assembly

Towards a Better, Freer, Less Expensive and More Accessible Healthcare System in Virginia 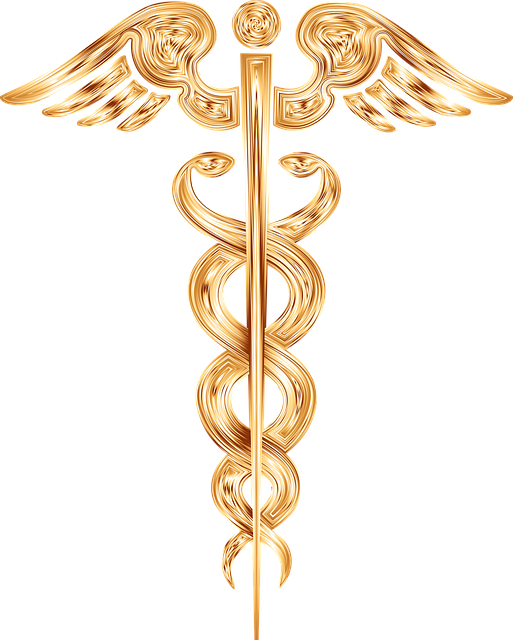 COVID-19 exposed weaknesses in Virginia’s healthcare delivery system in both readiness and equity of access.

Even before COVID, we have been dealing for decades with the costs of all kinds imposed by Virginia’s unregulated regional healthcare monopolies. The General Assembly has an opportunity, even in this upcoming non-budget year, to deal with them in ways that also save money in Medicaid.

The Certificate of Public Need (COPN) law passed in 1973 gave the Virginia Department of Health (VDH) control over the construction and expansion of new hospitals, ambulatory care and diagnostic imagery centers and of the equipment necessary to operate them. Every effort to break the monopolies it has created or repeal the law has failed.

We see the results of nearly 50 years of this law in the extraordinarily high costs of healthcare in Virginia, the profound unreadiness of the Virginia healthcare system for COVID and the disproportionate impact of COVID on Virginia’s poor.

It is time to stop pursuing COPN repeal and move forward with reform.

I will offer here a broad program to update Virginia law to control costs and improve access without repeal of COPN. Each of the reforms start with the assumptions that we have regional healthcare monopolies and they are not going away and that COPN is not going to be repealed. Reform will have to work around those facts.

The changes recommended here will lower costs for everyone and improve access to primary medical and dental care to poor Virginians of every race in both Democratic and Republican districts.

If that sounds like the reforms will draw broad bipartisan support, my answer is maybe. Each one will be fiercely resisted by the hospital lobby that has dominated the General Assembly on healthcare matters for decades.

I think, however, that based upon the major flaws in our system and the deadly outcomes uncovered by COVID, we have a chance for reform in 2021.

Having granted that market power, Virginia does nothing to reign it in. The state regulates the business practices of insurers, but not providers.

Monopolies have consequences, including control of prices and suppression of competitors. Hospital inpatient prices in Virginia between 2013 and 2017 for those who get their insurance through work increased 15.2%, a rate 62% faster than the national average and three times broader inflation in the economy. In those same years hospital utilization increased only 1%.

VDH has severely restricted ambulatory care access by awarding only 71 certificates for ambulatory surgical centers (ASCs), about half of them to hospitals. Maryland, a certificate-of-need-state with a population smaller than Virginia, has more than seven times as many ASCs as Virginia, the vast majority physician-owned.

Hospital systems in Virginia’s five largest metro areas either own their own health plans and insurers or have joined exclusive partnerships with one.

To make that worse, the state has awarded $5 billion in annual Medicaid managed care contracts to two hospital-owned health plans — Sentara’s Optima and VCU’s Virginia Premier.  Sentara then bought Virginia Premier. Together the combined insurer manages the care of nearly half of Virginia’s Medicaid patients.

Sentara’s Optima leveraged Sentara provider networks and charged the highest prices in the nation in 2018 for ACA policies in regions in which it was without ACA competition.

The results of unregulated monopolies are predictable. Virginia acute care hospitals as a group realized an operating margin of 8%, three times the national average in 2017, resulting in a billion dollars in extra patient revenue before Medicaid expansion and the accompanying reimbursement increases offer to add another billion dollars in profits in 2019 and beyond.

We want profitable hospitals, but not due to exploitation of government-granted control of markets.

The business activities of those corporations and their relationships with state agencies demand investigation. Yet the Justice Department has been blocked from enforcing federal antitrust laws because the monopolies are granted by the state. Virginia’s Attorney General shows no interest in enforcing the Virginia Antitrust Act.

The General Assembly must act.

Reduce the scarcity and monopoly of outpatient facilities

One hundred additional POSC facilities with $5 million in patient revenue each can save Virginians $500 million annually. A Virginia Ambulatory Surgery Act of 2021 can require the newly exempted facilities to accept government insurance as well as private insurance to serve all Virginians.

Healthcare services in rural communities must be modernized in the face of declining populations. The same Act should have provisions for COPN exemptions for such efforts.

There is currently no effective limiting factor in markets or legislation. We even have a state law that bars insurers from steering their patients to less expensive, high-quality options.

The General Assembly must therefore control runaway increases. One thought is to link rates of increases in hospital prices to the increases of Medicare allowances for identical procedures and services.

The disproportionate effect of COVID on the poor shows we must increase access to primary medical and dental care for Virginia’s poorest communities. The market, strangled by COPN, hasn’t worked in this case, and the regional monopolies have chosen not to do so, so the General Assembly should support the combination of federal, state and local partnerships to create incentives to fill the need.

This approach has worked very successfully in Maryland while simultaneously reducing Medicaid costs by providing alternatives to hospital emergency rooms.

A bill to accomplish that objective modeled on a successful Maryland program was introduced in the Virginia General Assembly as the Health Enterprise Zones Act of 2020. It passed overwhelmingly in committee but failed in the budget committee.

That of course made no sense because the bill on which it was modeled saved Maryland’s Medicaid agency $93 million in a very limited trial by reductions in hospital visits by Medicaid recipients. It was in turn the demonstrated reduction in hospital revenue that made the 2020 bill a successful target for the powerful hospital lobby in Richmond.

Improve Physician control of the practice of medicine

The General Assembly should return to physicians some of the control over the practice of medicine that they have lost to hospital system administrators, especially in referrals.

That lack of control over the practice of medicine and lack of ability to create their own secondary care facilities are certainly among the reasons that Virginia has 263 physicians per 100,000 people and Maryland 386.

The current system makes no sense for either agency or the public.  The SCC can’t effectively oversee health insurance while it is fully integrated with the businesses of healthcare providers that effectively have no regulator.

We should ban the ownership or control of (or exclusive partnership between) healthcare delivery systems on the one hand and health insurers and health plans on the other. These are de facto combinations in restraint of trade.

This is the time of the year when legislation is being drafted. The bills I propose are by design bipartisan.

They offer both huge cost savings and better access to healthcare from:

As a political matter, it offers these benefits in both Republican and Democratic districts.

Those surprised that these proposals come from a conservative must start with the understanding that we have unregulated monopolies in healthcare delivery and they are too powerful to be broken up. But little attention has been paid to the unethical use of the business leverage of the insurance arms of these corporations. And virtually no attention has been paid to the enormous costs to Virginians of this vertically integrated provider-insurer system.

We can and should deal with those issues without beating our collective heads against the brick wall that is COPN repeal.

Now we will see what truly motivates the General Assembly, the campaign donations and political power of the hospital lobby or the improving the quality and accessibility and lowering the costs of healthcare.