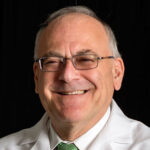 Paul Marik, director of Sentara Norfolk General’s ICU, has sued the hospital to reverse a ban on a treatment protocol he uses to treat critically ill patients. That protocol includes the administration of ivermectin and fluvoxamine.

In the lawsuit Marik claimed that the Sentara restrictions may have contributed to the deaths of four of his patients. “It’s the physician who determines what’s the best treatment for the patient, not nameless bureaucrats sitting in an office,” Marik said, according to WTKR-TV. “I had to stand by idly watching [my patients] die because I was not allowed to do what I’m meant to do.”

“I think it’s criminal. It’s immoral, and it’s illegal,” he added. “Can you understand the toll that that takes that I have young patients — young patients in the 30s and 40s, who I had to watch die — while the hospital prevented me from giving them the treatment I thought was in their best interest?”

Sentara contends that the use of ivermectin, an inexpensive and widely available anti-parasitic drug, has not been proven effective in randomized, double-blind clinical trials, the scientific gold standard. Furthermore, the hospital contended that Marik based his claim to have cut mortality rates in half, published in the Journal of Intensive Care Medicine, upon inaccurate information. The journal has since retracted the article.

The controversy highlights a fundamental question: who decides — and how they decide — what COVID-19 treatments are permissible.

Marik is a leading member of Front Line COVID-19 Critical Care Alliance (FLCCC), a group of physicians who have developed what it calls the MATH+ protocol based on their experience treating the disease. The physicians developed the protocol based upon first-hand experience, using scientifically guided trial and error (akin to battlefield medicine) to find out what works. By contrast, the Centers for Disease Control insists that treatment protocols follow time-consuming, expensive, randomized, double-blind studies. The virtue of the FLCCC approach is that it’s faster and more adaptable in response to experience. The virtue of the ponderous CDC approach is that it is more scientifically rigorous.

That’s not to say that the MATH+ protocol is not informed by science. As the FLCCC website explains, MATH+ identifies three pathophysiologic processes associated with severe COVID-19 cases — severe hypoxemia, hyperinflammation, and hypercoagulability — and treats each condition “with a use of single agents or in synergistic actions.”

“All component medicines are FDA-approved, inexpensive, readily available and have been used for decades with well-established safety profiles,” states the FLCCC website. The group added ivermectin as a core medication in October 2020. The use of ivermectin has become highly politicized, widely ridiculed in the media, and a marker in U.S. culture wars. Ivermectin is used widely in other countries such as India where COVID vaccinations are not universally available.

Key questions are how effective is the MATH+ protocol, and how does one measure the effectiveness? Marik and FLCCC contend that several small-scale trials have demonstrated the efficacy of ivermectin. Marik also claimed in the Journal of Intensive Care Medicine that the mortality rate among 191 patients at Norfolk General for the year ending July 20, 2020, was 6.1% compared to hospital mortality rates reported in the literature ranging from 15.6% to 32%.

However, Sentara countered that Marik’s data were inaccurate. After conducting a “careful review” of its COVID-19 patient data, it found the mortality rate to be 10.5% rather than 6.1%. Additionally of those 191 patients, only 38% had received any of the four MATH+ therapies, and their mortality rate was 24.7%. Patients who had received all four therapies had a mortality rate of 28%.

Stated Sentara in a communication with WTKR-TV:

Sentara generates treatment guidelines by engaging multi-disciplinary groups of clinicians to review literature, care standards and provide expert advice. In most situations, physicians are able to deviate from guidelines to individualize care for patients. However, in some scenarios, treatments that may potentially harm patients or that are widely considered to be outside the standard of care may be limited.

To that end, COVID-19 treatment guidelines at Sentara have been consistently communicated to all medical staff throughout the pandemic using usual channels. The most recent guidelines generated by the multi-disciplinary group of clinicians did include, but were not limited to, guidance on the use of ivermectin. All members of the medical staff receive the same guidelines.

Marik’s lawsuit claims that he and his FLCCC colleagues pioneered innovations in COVID-19 treatment that now define the standard of care, including the use of high-dose steroids and the use of the blood thinner Heparin. One of Marik’s FLCCC co-founders, Joseph Varon, asserts that use of the protocol has reduced the mortality of hospitalized COVID-19 patients by “at least 50% below the national average” — a fact made all the more remarkable by the fact that in the Houston area where he practices, his hospital treats the most acutely ill patients.

Marik’s lawsuit, filed in Norfolk Circuit Court, does not ask the court to reach a scientific judgment. Rather, it claims that Sentara’s ban “violates patients’ right to informed consent, because it contravenes Virginia’s Health Care Decisions Act, and because it flies in the face of Virginia public policy as expressed in its Right to Try statute.”

In Virginia (as elsewhere), informed consent requires that patients be told of, and permitted to choose among, existing alternatives to a proposed course of treatment. Health care providers violate patients’ informed consent rights if they “fail to disclose … the existence of alternatives if there are any, thereby precluding the [patient] from making an informed decision about whether to undertake a particular procedure or course of treatment.

Moreover, under Virginia’s Advance Directive statute, hospitalized individuals have the right not only to specify in advance what treatment they choose not to receive in case of incapacity, but “to specifically direct” the treatment they are to receive so long as that treatment is “medically appropriate under the circumstances as determined by their attending physician.” …

The statute does not say that such medicines must be recommended or endorsed by a patient’s hospital.