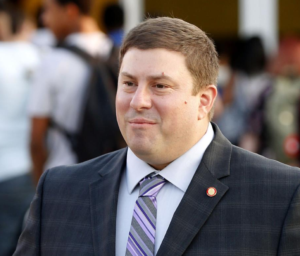 If you want to know how the Northam administration is transforming Virginia public schools, don’t bother reading the newspapers. They might report on local controversies, but they don’t come close to recounting the wholesale changes taking place under the rubric of social justice. To find out what is going on, subscribe to the “Virginia Is For Learners” newsletter, in which state Superintendent of Instruction James F. Lane lays it all out. Here I publish, unedited, his latest missive. (I have added boldface for statements especially worth noting.)

As our nation, state, and local communities continue to grapple with the legacy of racism in our country, we are all being called to respond to the increasingly loud calls for social and racial justice amplified by protesters across the nation. It is important that as education leaders we affirm our commitment to advancing equity in Virginia’s public schools and facilitate courageous conversations in our school communities on racism and its continued impact on students and families of color. Now is the time to double down on equity strategies and lean into courageous leadership.

Many school divisions have designed new positions, Equity Directors, Equity Coordinators, or designated equity leads to advance equity outcomes at the division level. These members of our teams, in the current climate, are being called upon to lead and facilitate conversations on racism, bias, cultural proficiency, and inclusive curriculum in ways they never have before. At the same time, they have in many communities been positioned as the “face” of equity work – and therefore also the face of anti-racism in their communities. It is important that as leaders we recognize that this positioning may also put these leaders at risk for increased public scrutiny, so they need our support more than ever.

I recognize that the time that we are living in, balancing the health and safety of our students and workforce in the midst of a global health pandemic, while at the same time confronting the legacy of systemic racism in our schools is daunting. While many of us rely on the expertise and leadership of our equity directors and equity teams, it is equally important that we support and amplify their leadership and perseverance in our effort to eradicate racism from public schools. The work of advancing equity and confronting racism is often met with great resistance. During this time of social unrest, we must acknowledge the heavy burden our equity leaders are being called upon to bear.

These are the times when our vocal and demonstrated commitment to the work they are championing is imperative. We do this by establishing clear anti-racism and equity strategies, priorities, and policies. We do this by advocating for and allocating resources necessary to fully support their work. We do this by acknowledging and empathizing with the personal racial trauma many equity leaders endure while working to achieve racial justice and equity for all students. We do this by ready-ing our teams to guard against attacks on equity leaders’ professional and personal integrity by those who desire to thwart progress. This is how we become anti-racist education leaders.

This time calls upon us as education leaders to embrace anti-racism and strategically embed it into every part of the organizations we manage. While some may find discussions about race and racism to be uncomfortable and full of inconvenient truths, the problem of racism and its adverse effects on academic outcomes requires talking about it. No system can be eradicated if not fully confronted. At the Virginia Department of Education, we are committed to establishing concrete plans to dismantle any and all forms of systemic racism in Virginia’s public education system utilizing the principles of anti-racism. Anti-racist education leaders are critical partners in our efforts to advance our broader equity priorities including; developing a culturally competent educator workforce, eliminating disproportionality in student outcome data, closing opportunity and achievement gaps among marginalized student groups, increasing access to high quality early learning opportunities, and maximizing the potential of every Virginia student. I encourage you to join with me in this work by publicly affirming the contribution of education equity leaders across the Commonwealth as you join together to embrace becoming anti-racist educators and leaders in Virginia.

Bacon’s bottom line: Under Lane, the Virginia Department of Education is dedicating itself to embed “anti-racism” into “every part of the organizations we manage.” By “anti-racism,” Lane is not referring to the goal of encouraging students and teachers to be accepting of all races and ethnicities — in the words of Martin Luther King, to judge an individual by the content of his character, not the color of his skin — he is referring to an ideology that posits that “structural” racism is endemic in Virginia’s schools and is responsible for the African-American and Hispanic academic achievement gaps.

To combat structural racism, VDOE and school districts are hiring “equity leaders” to “facilitate courageous conversations” about race. It’s not clear what is “courageous” about these conversations, as anyone who disagrees with the new dogma is shamed into silence and compliance. And it’s not clear what kind of “conversation” is taking place when the idea is to indoctrinate participants with the concepts of white privilege, white guilt, and white fragility… and anyone who disagrees with the dogmas is shamed into silence and compliance.

Lane’s work is revolutionary — not in a good sense, but in the sense that it is overturning the established order. He doing everything within his power to impose the social-justice ideology of liberal educated elites upon Virginia’s minorities. But as much as he rails against structural racism, he ignores the most blatantly structurally racist aspect of Virginia’s education system of all, which is inability of minority parents to opt out of failed public schools by means of charters or vouchers. Lane has done nothing to empower minority parents or expand their field of choices. He wants to keep them in public schools, and then he wants to indoctrinate them with his views on race.

By attributing the academic achievement gap to racism, Lane’s “anti-racist” ideology deprives African-American and Hispanic students of agency. How can they be blamed for poor academic performance? They are victims of racism. What’s the point of working harder? They can’t win; the system is stacked against them. The burden is on white people to relinquish their privilege and fragility (and tax dollars), not for minority students to cultivate the virtues of diligence, self-discipline, and hard work that have made a different set of “people of color” — Asians — so successful.

Lane’s leftist ideology is likely to make the academic achievement gap worse and, in so doing, set back African-American progress in other spheres of their lives.