God, COVID and the Rage Against the Unvaccinated 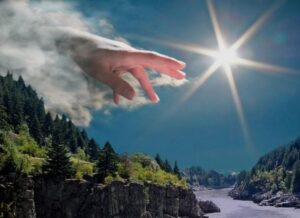 “There is a growing rage among the people who are vaccinated about the people who have refused a free and effective vaccine,” Stephen Farnsworth, an oft-quoted political science professor at the University of Mary Washington, said recently. “We’re all going back toward lockdowns because of the selfishness of a few.”

As Farnsworth notes, there may be political fallout from the rage against the unvaccinated. The people who feel this righteous anger carry an image of the unvaccinated as White don’t-tread-on-me Donald Trump voters putting their personal liberties ahead of the common good… Except when they acknowledge that a few of the unvaccinated are Black. They view Black vaccination resistance more charitably as an understandable, if misguided, response to the infamous Tuskegee syphilis study that ended a half century ago.

But I wonder. How many unvaccinated Blacks cite the Tuskegee study? How many are wary of “systemic racism” in the healthcare system? Are such tropes widely shared view among Blacks — or a construct of journalists, academics and other members of America’s clerisy?

After a lengthy conversation with an African-American tradesman who is active in my neighborhood, I have come to question the Tuskegee talking point. And I suspect that vaccination resistance among many Blacks likely arises from their religious faith. Viewing the world through a secular lens, America’s clerisy may be downplaying the influence of religious thinking among the unvaccinated.

Let’s start with some basic facts. According to the Virginia Department of Health COVID-19 dashboard, Blacks have the lowest rate of vaccination of the major racial/ethnic groups in Virginia. Only 57.4% of the eligible population has received one or more doses. The rate for Whites is higher, though not by much. Only 61.4% has gotten the jab. Latinos are significantly higher at 74.8%, Asians at 83.3%, and Native Americans at 101.7%. (I have no explanation for the Native American number.)

There is no religious orthodoxy regarding COVID-19. But religion provides a worldview through which people interpret the world — more so for Blacks than Whites. My tradesman friend, whom I will refer to only as Jerry because he did not imagine I might be quoting him, says his fate rests in the hands of God. If he gets COVID, it’s because God wills it. He doesn’t see his own actions as having much to do with it.

Jerry, whom I would guess is in his early 50s, says his belief in God and faith in Jesus has saved him. He was a hell raiser in his youth. He chased women and impregnated several. He used drugs heavily, and he sold them, too. His life was out of control. He spent a year-and-a-half in prison. Then, when he found himself before a judge again, he made a bargain with the Lord. If God got him out of his jam, he vowed, he would change his ways. In what he regarded as a miraculous deliverance, the judge let him off. Jerry lived up to his promise. He is now a sober, church-going, hard-working man. His life is immeasurably better. And he says he owes it all to God and Jesus.

Jerry has faith that God will protect him from COVID. But if God doesn’t and he catches the virus anyway, then it was meant to be.

One other theme came out of my conversation with Jerry. He doesn’t trust what the government is telling him. Not because of Tuskegee or systemic racism, which he never mentioned, but because of the ever-changing and conflicting messages emanating from the highest authorities. You don’t need to wear masks… oh, yes, you do…. masks protect you… no, they just protect others from you… the vaccine will immunize you… well, only for a while, then you’ll need a booster…

I worry about Jerry. I’m not religious, and I don’t think God is looking out for him. I explained the science-based reasons for him to get vaccinated. But he had responses — entirely logical if you accept the underlying premises that God exists, he is benign, and he plays a role in our lives —  to rebut my arguments.

Personally, I don’t harbor a rage against the unvaccinated, be they liberty-loving Trump voters or religious African-Americans like Jerry. I can’t get angry at Jerry. He’s too likeable and so very sincere. As we ended our conversation with me leaning into the window of his pickup truck, he reached over and gave me a piece of literature. Promise me you’ll read this, he said.

Here is a passage, which takes the form of a letter from God the Father addressed to his “dear child.”

I knit you together in your mother’s womb. And brought you forth on the day you were born. … I am not distant and angry, but am the complete expression of love. And it is my desire to lavish my love upon you. Simply because you are my child and I am your father.

This entry was posted in Race and race relations and tagged COVID-19, James A. Bacon. Bookmark the permalink.