Will Fredericksburg Revert to Being a Town? 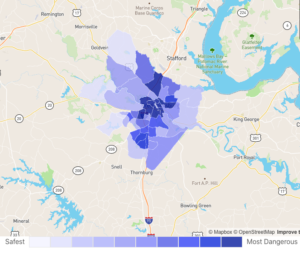 There are two major reasons that Virginians organize themselves into local governments:

Fredericksburg has proven unable to provide either competently. It’s record is unapproachably bad given its assets.

We have documented its deplorable schools. When I wrote in that piece that they need a new superintendent, I failed to understand the crime picture and undershot the solution.

In 2021, the State Police reported that Fredericksburg had an incredibly high Group A crime rate (Crimes against persons, property and society).

Nearly the worst in the state. I admit that it shocked me.

Neither the crime rate nor the bad schools finds easy excuses in demographics or poverty. I will offer the census figures to prove it.

Fredericksburg’s schools and crime rates are literally breathtakingly bad for no identifiable reason other than governmental incompetence.

The city may wish to consider reverting to a town, either by vote of the City Council or by citizen initiative, and let either Stafford County or Spotsylvania County take over responsibilities its current government has proven it cannot handle.

Demographics. Other than demographic differences listed below, which normally differentiate a city from a county, there is really nothing about Fredericksburg demographically, compared to neighboring counties , that points to a high crime crime:

Fredericksburg has the highest labor participation rate and nearly three times as many employer establishments per person as the two adjacent counties. Retail sales per capita, a significant source of tax revenue, are two times that of Spotsylvania and nearly four times that of Stafford.

Costs of being a city. The administrative overhead for a city as small as Fredericksburg is a big burden for taxpayers.

Law Enforcement. The law enforcement system in Fredericksburg consists of the police department assisted by the Spotsylvania sheriff’s department and the Commonwealth’s Attorney.

Fredericksburg citizens have higher incomes, are better educated, older and whiter than the cities listed above that have lower crime rates. By comparison, for example, per capita income in Fredericksburg is 50% higher than in Petersburg, yet rent is lower in Fredericksburg.

The arrest rate for 2021 crimes was thus 24% by that date. That might sound low, but it is in the general range of other jurisdictions in the state.  So, the issue does not appear from statistics to be with the police. But the arrest rate is clearly not deterring crime.

Let’s look at the Commonwealth’s Attorney.

Fredericksburg’s Commonwealth’s Attorney is Elizabeth “Libby” Humphries. Her positions on the conduct of her office are reliably progressive. She writes that she is a problem solver.

Just apparently not yet.

She and her whole office are gone if reversion takes effect.

Schools. No one who has kids, wants them in public schools, and understands the performance of the school system, or just wants them to be safe would move to Fredericksburg.

Indeed Mary Washington University is handicapped in recruitment by the crime statistics and many of its student teachers must seek other options than Fredericksburg schools.

For a full discussion of the crisis of the public schools, see here. Some examples: 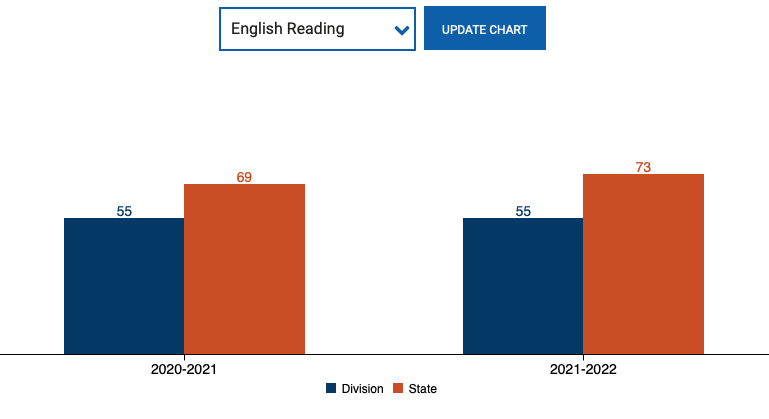 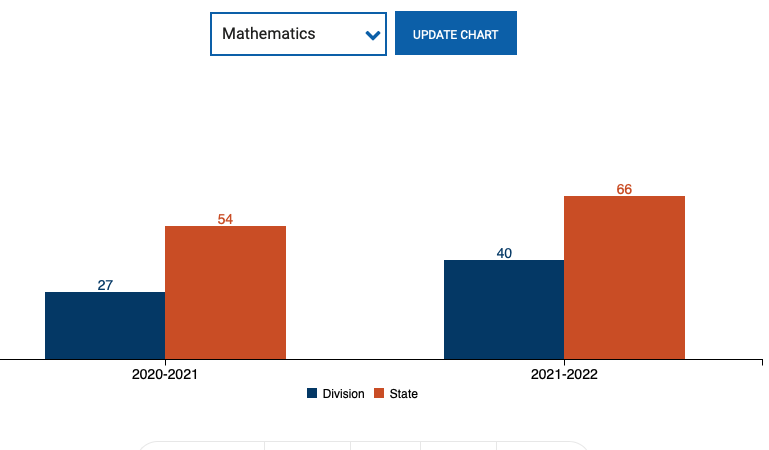 As for the racial and ethnic mix of the schools, it is considerably more balanced than many urban school districts, but people who can afford it educate their kids elsewhere. Given the academic performance, so would you. 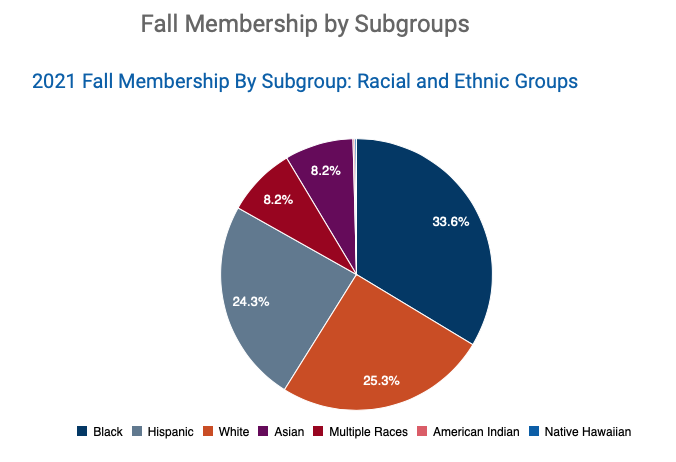 Attendance is the tell. The kids have voted with their feet. 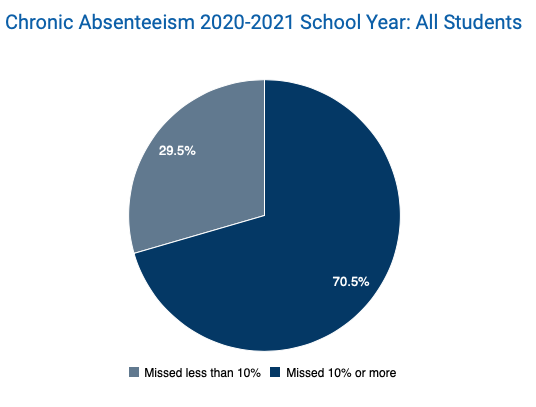 You are not reading that wrong: 70.5% chronic absenteeism, defined as a minimum of 10% of classes missed. By far the highest in the state.  This past year, chronic absenteeism improved to 36%. A whole generation of Fredericksburg school kids has been cheated of its prospects.

The school issues are not in funding. Never were.

Fredericksburg spends  $2,000 more per pupil than adjacent counties. That is not all school division overhead.  It pays its teachers more than either adjacent county. VDOE reports Fredericksburg’s average annual teacher salary this year is $62,842; Spotsylvania $59,078; and Stafford $55,414.

The Commonwealth’s Attorney has shared with us that she:

…has served on workgroups to … improve local services to address truancy without court referrals.

I am told by people I trust that the Superintendent is a fine person and wonderfully qualified. But Fredericksburg only has four public schools. If the incumbents had shown themselves capable of running them, there would be no need for this discussion.

The way out. First let me say I don’t get it. Fredericksburg? This whole situation is worthy of study by MWU sociologists. But that won’t make the city any safer or the schools better.

But the General Assembly has provided an exit ramp. Fredericksburg has an option under Chapter 41 of the Code of Virginia to transition to town status.

Under that section of the Code, counties have no voice in the matter of city reversions, so it is up to Fredericksburg.

Reversion to town status may prove the only way left to cut the dual Gordian knots of its dreadful school system and failed law enforcement that have foiled so many attempts to untie them.

And to provide safety to the people of Fredericksburg and give their children a chance in life.

This entry was posted in Crime , corrections and law enforcement, Education (K-12), Efficiency in government and tagged James Sherlock. Bookmark the permalink.