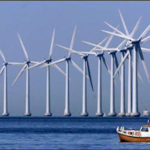 In the wake of the State Corporation Commission’s recent approval of a renewable energy tariff for residential customers of Appalachian Power Company, Dominion Energy Virginia has given up the application for its own more expensive proposal for a similar service to its residential and smaller business customers.

Late Wednesday the state’s dominant electric utility petitioned the SCC for permission to withdraw its effort, which started back in 2017, stating it wants to revamp the proposal “consistent with the principles” outlined in the APCO case.  But with the General Assembly in town for its regular session, legislation to change the rules and establish new “principles” becomes a possibility.

In existing law, the General Assembly opens a small window for electricity customer choice, allowing customers who want 100 percent renewable power (whatever that is) the option of buying it from some other provider than APCO or Dominion, whichever monopoly provider serves them.  The window slams shut and no competition is allowed if the utilities can get the SCC to approve a utility-provided 100 percent renewable tariff.

The approval of APCO’s proposed renewable energy tariff Monday followed an SCC hearing examiner’s recommendation against it.  Dominion’s application, which has been moving slowly along the same track with many overlapping issues, got a more favorable ruling in December from a different SCC hearing examiner, but only with several recommended changes the utility probably didn’t want to accept.

One suggestion from the Dominion examiner’s ruling, that the plan be based on seeking to match customer demand with green generation on a monthly basis, showed up in the final APCO ruling.  Dominion preferred an hourly standard. APCO also didn’t ask for, and thus did not get, a profit margin on the program – something else that Dominion wanted but it’s hearing examiner recommended against.  (More here.)

The next step in the case was to be comments from the participants on that hearing examiner’s ruling, due at the end of this week, but Dominion asked that the comment process also be suspended.

As is regularly noted, these customers are not really getting what they want – pure “green” power.  Even if their demand matches renewable generation flowing into the utility grid on an hour-by-hour basis, not the month-by-month basis the SCC just recognized, fossil-fuel power is still essential to keeping their lights on.

Both APCO and Dominion’s applications were contested by the Office of the Attorney General, by private firms who seek to compete with the monopoly utilities on providing this service, and by large retail users eager to keep their promises of environmental virtue to customers and investors.

Because of its portfolio of hydroelectric power, APCO proposed to charge customers who volunteer for their program about 0.425 cents per kilowatt hour, adding $4.25 to the monthly bill of that mythical 1000-kWh customer. Dominion’s initial proposed prices were more than twice that high, and even after the hearing examiner cut out the profit margin and made other changes, would still have been about 50 percent higher than APCO’s.

Opponents complain that the price is so high few or none would pay it.  But if the service was approved and offered, by law the competitive window closed anyway.  Lower cost options, or options using other more-favored sources of energy, were shut out.  The same complaints were leveled in debate over a renewable tariff for large industrial customers of Dominion, which was allowed but was deemed to be an experimental tariff, so it didn’t close the door to competition. (More on that here.)

Once again, the SCC has been moving gingerly in part because the legislature clearly authorized the utilities to try to create these special programs, preserving their monopolies, but was unclear on just what criteria the SCC should use when reviewing them.

“This statute allows a customer to purchase “electric energy provided 100 percent from renewable energy” from a competitive service provider (“CSP”), if that customer’s utility does not offer “an approved tariff for electric energy provided 100 percent from renewable energy” (emphasis added)” the Commission wrote in its APCO ruling Monday.  “As the Commission has previously noted, although this statute requires the utility’s tariff to be “approved” by the Commission, it does not include an express standard of review for the Commission’s approval, nor does it include any express limitations on what the Commission may determine is relevant to such review.”

Just what the General Assembly might do to change the rules, and it usually does what the utility wants, remains to be seen.  The company plays 3D chess while its opponents play checkers.  Dominion asked for and didn’t get permission to layer on a profit margin, permission to build the program on an hour-by-hour basis, the price it wanted, and other things the SCC examiner rejected.  Those are small asks compared to other things the Assembly has swallowed in recent years.