COVID Bringing Out the Ugly in Americans 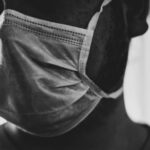 This unattractive character trait was on display last fall when a group of mostly Republicans gathered at the White House Rose Garden to celebrate Amy Coney Barrett’s nomination to the Supreme Court.

Headline writers sneered that this was an outdoor “super-spreader” event and applauded each report of an attendee falling ill with COVID.

There was absolute glee when former GOP presidential hopeful Herman Cain fell ill with COVID and died not long after attending a Trump rally in July of 2020. The scornful mob dancing on his grave took no notice that Cain was a Stage 4 colon cancer survivor with several comorbidities.

This week a conservative radio talk show host in Tennessee who was unvaccinated and apparently proud of it, died from COVID. After Phil Valentine was hospitalized, his family urged his followers to get vaccinated.

On Twitter, it was reported this way: “Outspoken Nashville-based conservative talk radio host and vaccine skeptic Phil Valentine, who battled COVID for a month, died at 61.”

“WOMP WOMP … no mercy from me for this guy.”

Last week Texas Gov. Greg Abbott, who was vaccinated in December and has urged Texans to get the vaccine, tested positive for COVID. Venom spewed in his direction, mostly because he has fought to let Texas parents decide if they want masks on their school-aged children

“Dreams do come true,” is one of the few printable reactions I could find to Abbott’s news.

What has happened to us? How did we get to a place where we cheer news of our fellow Americans falling sick during a damn pandemic?

Yesterday in Palm Beach, Florida, 75 doctors walked off the job to protest an influx of unvaccinated patients.

Those who celebrate this profoundly unprofessional move should think it through.

What if doctors in cancer centers were to walk off the job to protest smokers who present with lung cancer?

What if doctors in heart hospitals refused to treat obese patients who have heart attacks?

What if doctors treating liver ailments refused to treat drinkers?

Not the slippery slope we want to slide down.

This entry was posted in Culture wars and tagged COVID-19, Kerry Dougherty. Bookmark the permalink.