Enough Inefficiency to Go Around 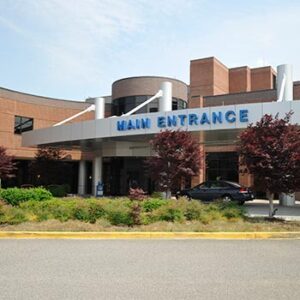 Folks here on BR seem to take great pleasure in pointing out and criticizing the shortcomings and inefficiencies of government. I have spent my entire professional career working in state government and I have suffered through more than my share of meetings at which nothing was decided and have seen a lot of inefficiency and some incompetence (though not nearly as much incompetence as some would have us believe exists). So, I can understand these complaints and agree with a lot of them.

A recent experience provides me a two-fer — an opportunity to point out shortcomings not only in the private sector, but, as a bonus, in private medical services, as well. After consulting with an orthopedist, I decided to have a metal plate, implanted in my wrist many years ago, removed because it was causing some problems. It was a relatively simple outpatient procedure.

Remembering stories of patients getting surprise bills from anesthesiologists who were not employees of their hospital and were not included in the their insurance network, I called the hospital to inquire whether the anesthesiologist who would be putting me under was covered by my insurance policy. After being shunted among several offices, the answer was: they had no idea.

I was astounded. Here was a major component of the cost of my surgery and the hospital could not tell me whether I would personally be on the hook for it! I had known better to ask how much it would cost, but I expected them to at least be able to tell me if my insurance policy would pick up most of the cost.

The next imbroglio occurred the day before surgery was scheduled. Someone from the hospital called me late in the afternoon to tell me that my surgery was scheduled for 11:00 the next morning and I should be there four hours, rather than the normal two hours, before the scheduled time. When I asked why so much earlier, the lady said that they had to conduct some pre-op tests, such as blood work and an EKG. I informed her that I had, as instructed, had those tests done the previous week by my personal physician who sent the results to the orthopedist, who in turn was to forward them to the hospital. She politely said that may be so, but the hospital had no record of those tests. She then said that, if I brought in the test results, I would not have to come in that much earlier.

I first indignantly informed her that I did not have the test results; that was handled by the doctors. Then I remembered that I might have access to the test results on-line. In the end, we settled on my getting to the hospital 2 ½ hours ahead of the time scheduled for the surgery.

I them called my orthopedist’s office and complained. My doctor’s assistant said she did not understand why the hospital folks said they did not have the test results because she had faxed them over. However, she would send them over again. In the meantime, she assured me that my doctor would have copies of the test results.

In the course of these conversations, I learned that the hospital had been using an outdated phone number for me that was in their system, rather my current number that the orthopedist’s office supposedly had sent to the hospital. That was why it took so long for the hospital to reach me that afternoon.

I was able to access the blood test results online, but not the EKG. I took the results in the day of surgery. The nurse processing me in was glad to get them. She said that the test results had come in overnight, but the fax copy was blurry and hard to read. That gave me a lot of confidence!

The surgery itself went well and my wrist and hand seem to be healing well.

The crux of the problem was a failure to communicate, although I cannot be sure where the breakdown occurred. Everyone has electronic health records, but each entity has its own system, and the systems do not talk to each other. My personal physician is in the Bon Secours system; the hospital is an HCA facility; and the orthopedist is with OrthoVirginia, which is not affiliated with a hospital system.

There was a simple way for me to have avoided this confusion  made sure my personal physician, any specialists I see, and the hospital I use all are in the same system. Of course, that is exactly what they want me to do.

This entry was posted in Health Care and tagged Dick Hall-Sizemore. Bookmark the permalink.