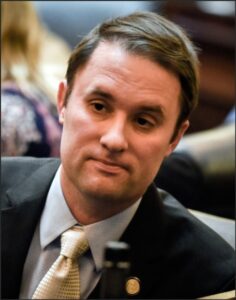 On Day One in office, Virginia Attorney General Jason Miyares announced that his office would be investigating Loudoun County schools. He’s vowed to learn exactly how an accused sex offender who allegedly attacked one girl in May 2021 at Stone Bridge High was quietly moved to another Loudoun County school, Broad Run High School, where he was able to attack a second girl in the fall.

The public has an absolute right to know how this happened and who covered up the sex crimes.

When Miyares finishes with Loudoun County he should turn his attention to another school district: Newport News.

Several other students were injured in the stampede after the shootings.

Here’s what needs to be investigated: In the aftermath of the bloody attacks, we learned that the shooter — er, alleged shooter — was wearing a court-ordered ankle bracelet at the time.

Because he was awaiting a court hearing on ANOTHER shooting of yet another child from 2020, when he was 14.

Parents in Newport News have a right to know why this monster, who was already facing malicious wounding charges from his first shooting, was in school. An electronic monitoring device does nothing to prevent crime. It only allows authorities to pick up the suspect once one is committed.

Look, if a kid is accused of a violent act that warrants a court-ordered tracking device, he should be presumed to be too dangerous to be in a regular high school among decent kids.

Alternative schools and home-based tutors are the only places for these punks.

Virginia parents should be able to trust that their kids are safe from violent criminals and sex offenders in the classroom. That clearly isn’t the case in Newport News and Loudoun County.

It has to stop.

Coddling violent criminals by allowing them to fade into a general school population is dangerous. Two kids almost paid with their lives for this nitwittery in Newport News.

The new administration in Richmond needs to make it clear that Virginia’s schools are not going to be safe havens for dangerous miscreants.

Miyares is going to be busy.