A Taste of Tyranny 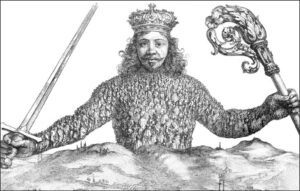 Testimony of Arthur Purves, president of the Fairfax County Taxpayers Alliance, at a hearing held by the Fairfax delegation to the General Assembly January 8.

Thank you for this hearing. I have five topics.

First, it was 19 degrees this morning, and we just had a 20-hour, 50-mile shutdown on I-95 due to snow and ice. You should claim victory in your war against global warming, withdraw from the Regional Greenhouse Gas Initiative and repeal the Virginia Clean Energy Act, which drive up the cost of living and replace reliable with unreliable energy. Solar panel production is not clean.

Why does Germany, a leader in clean energy, need a new natural gas pipeline?
The evidence for a climate change crisis is sketchy. For example, when I asked an employee who had worked at a ski resort for 32 years if the ski season had been shortened, the answer was no. For another example, Bangladesh flooding is the result of silt runoff due to deforestation, not rising sea levels.

Second, for two decades, Fairfax County real estate taxes have been increasing three times faster than household income. It is the county’s “unaffordable housing” program. The tax hikes are driven by employee compensation. This year the supervisors have floated a 9% real estate tax hike so employees can have 6% raises. Unions donated $100,000 to Fairfax County Chairman’s 2019 election campaign. To end this conflict of interest, we ask you to ban union contributions to local election campaigns.

Third, regarding Critical Race Theory, public schools are a leading cause of poverty and racial inequality. They provide no upward mobility. The most important years are 1st and 2nd grades where reading and math facts are taught. However, by third grade, Blacks and Latinos are behind Whites and Asians and never catch up. The reason is that schools teach “whole word” instead of intensive phonics and ignore arithmetic drill. The students who succeed are the ones who get phonics and math drill outside of school. Hence, the public-school curriculum advantages Whites and Asians and disadvantages Blacks and Latinos. Thus, public schools fit the CRT definition of “systemic racism.” More money won’t fix public schools; competition will.

Fourth, families are crucial to student success. Edmund Burke said, “Liberty does not exist in the absence of morality.” The same can be said of successful families. But in literature and Family Life Education, schools teach that morality is optional and unexpected. The destruction of families is government’s growth engine.

Fifth, Edmund Burke also said, “The essence of tyranny is the enforcement of stupid laws.” COVID lockdowns, school closures, mask mandates, mandates for experimental, misnamed vaccines, and the banning of low-risk, low-cost cures such as ivermectin and hydroxychloroquine (HCQ) come to mind.

By giving Virginians a taste of tyranny, you may have awakened them.

This entry was posted in Uncategorized and tagged Arthur Purves. Bookmark the permalink.