Wrestling Control of Schools from the Loony Left 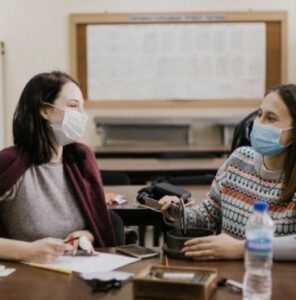 I’ve never been a fan of checkout charities.

You know how they work: The cashier loudly asks you if you want to round up to fight something like restless leg syndrome and you are shamed into contributing, even though you know this lets the Piggly Wiggly take credit for a fat check to charity.

Yesterday I was picking up notebooks at a Virginia Beach office supply store when the checkout clerk asked if I wanted to donate to “local schools.” He didn’t ask if I wanted to buy school supplies for needy kids, which I would have done in a heartbeat. He wanted to know if I’d like to lard something onto my bill for local schools.

“Nope,” I replied without hesitation.

Frankly, I don’t want to give one penny more to our Virginia Beach schools where the far-left majority on school board fought reopening classrooms last year. Where teachers are quietly being indoctrinated in critical race theory under euphemistic names. Or where the superintendent’s wife in 2020 posted a snuggly photo of herself and her husband to Facebook with an obscene message directed at then-President Donald Trump.

Still, I felt a little guilty when I left. So I gave the homeless guy in the median strip a few dollars.

“Thank you, beautiful lady,” he said, sweat pouring down his face.

Hey, at my age you take compliments where you find them, even if it’s from a panhandler blinded by perspiration.

Statewide SOL scores were released last week and they were dismal. Virginia’s kids are falling behind, especially in math and science. Naturally, the hardest hit were schools in poorer districts where the children trail the rest of the commonwealth anyway.

Is anyone surprised? Our governor was the first in the nation to close schools for the season in 2020 and he sucked his thumb as militant teachers unions fought to keep kids out of the classroom last year.

It wasn’t safe, they argued. Students might bring the virus into class and kill the teachers.

So teachers elbowed seniors and cancer patients to be first in line to get their vaccines to protect themselves.

Still, some Tidewater schools didn’t reopen until April. More than a year after they closed.

But the real reason I wasn’t feeling kindly toward public schools yesterday was that I’d just read bizarre remarks made by a union leader in a school district far from Virginia.

She’s Cecily Myart-Cruz, president of United Teachers Los Angeles (the union that orchestrated the first teacher strike in LA in 30 years in 2019 and that got Gov. Gavin Newsom to knuckle under and help squash new charter schools.)

In an interview, Ms. Myart-Cruz shrugged off suggestions that children have suffered during the prolonged school closures.

Have you ever heard such claptrap from a so-called educator?

If we don’t wrestle control of our schools from people who think like this and do it soon, we’ll lose an entire generation of American children.

We don’t do it with symbolic gestures at cash registers, though. We do it at the ballot box.

This entry was posted in Culture wars, Education (K-12) and tagged Kerry Dougherty. Bookmark the permalink.