Why Virginia Was So Slow to Ramp up Testing 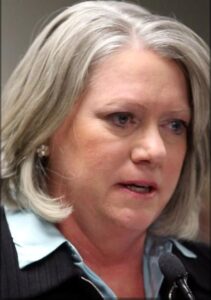 A record 15,000 COVID-19 test results were reported to the Virginia Department of Health yesterday, but until then the Old Dominion’s track record for testing the virus was just about the worst in the country. As contributor Jim Sherlock noted recently, even Guam performed more tests on a per-capita basis than Virginia. While a number of media outlets have noted the state’s poor performance, the Virginia Mercury is one of the few to ask why and digger deeper for answers.

While the Northam administration was complaining of how difficult it was to acquire testing materials, commercial labs were saying they had significant excess capacity. The Mercury quotes Karen Remley, a former health commissioner and co-director of Governor Ralph Northam’s testing task force, as saying that the labs did not have capacity at the time the state needed it most. “Those labs were not available to test,” she said. “Four or five weeks ago, everybody was struggling to bring up their laboratories.”

But Bill Miller, CEO of Genetworx, a diagnostic lab in Glen Allen, tells the Mercury a different story:

He approached the Virginia Department of Health in late March with the possibility of taking on some of the state’s testing. A molecular diagnostic center, Genetwork received FDA approval for its COVID-19 test on March 23 and quickly segued to testing patients at Canterbury Rehabilitation and Healthcare in Henrico, a hard-hit nursing home with one of the deadliest coronavirus outbreaks in the United States.

Over the past month, Miller said he’s taken on more cases for Hanover and Henrico counties, as well as the Virginia Department of Corrections. Genetworx has performed testing for other states, including Florida, Massachusetts, and Tennessee. But VDH didn’t take him up on the offer, Miller said.

“We’ve talked to the state,” he added. “We’ve given them our numbers. We could be running a number of tests for them, but we haven’t been assigned, ‘Here’s 10,000 samples per day.’”

In mid-March state officials did form an ad hoc group with physicians and hospitals to discuss COVID-19. While the group discussed the testing issue in phone calls and meetings multiple times a week, Michael Keatts, a regional emergency coordinator with VDH’s Office of Emergency Preparedness, said members were not working towards a specific objective. “A lot of those calls were more information sharing.”

The administration’s efforts gained more focus after April 20, when the Governor announced the formation of a testing task force headed by Remley and state epidemiologist Lilian Peake. A few days later, Northam set a concrete goal of testing 10,000 Virginians a day.

Bacon’s bottom line: As today’s data dump indicates, COVID-19 testing in Virginia has surged — or at least, the test results reported to VDH and available for guiding public policy have surged. There is little doubt now that the administration will be able to meet its goal of testing 10,000 Virginians daily.

Now we can move on to new questions. What does the hodge-podge of testing results, gathered from state labs, hospital labs, and commercial labs using different technologies and different protocols, tell us? Can we make sound judgments regarding the trajectory of the epidemic, knowing that the number of tests, though larger than in the past, still represents only a fraction of the number of people contracting the virus?

While we’re at it, we can ask where that 10,000 number comes from. A lot rides on that number. The Governor won’t relax the emergency shutdown until the testing consistently reaches that level. If his task force is still a work in progress, one can’t help but suspect that the number is totally arbitrary — a figure picked to sound substantive but lacking scientific backing.