Virginia’s Parole Board Squirts WD-40 on That Revolving Door 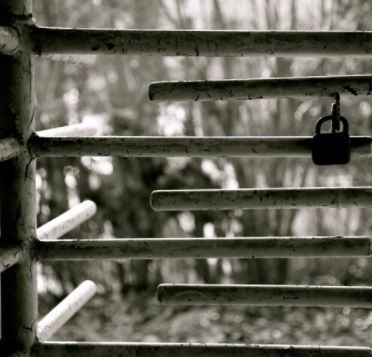 Stop me if you’ve heard this one before:

A guy commits murder and is sent to prison for decades. Like everyone else in the pen he insists he’s innocent. Finally, a gullible, soft-on-crime parole board buys his sob story and turns him loose on society. Next thing you know the ex-con’s committed more felonies and is back behind bars.

This was an everyday story in Virginia prior to 1995 when the commonwealth abolished parole.

But ever since the Terry McAuliffe/Ralph Northam appointees took over the Parole Board, more and more violent criminals have found their way back onto the streets. Predictably, some are back behind bars, including at least one sex offender.

Looks like the Virginia Parole Board squirted that revolving prison door with WD-40.

This particular case involves Nathaniel Dale Pierce. According to a story in The Daily Press, in 1994, Pierce and several accomplices gunned down 19-year old Steven Anthony Smith of Newport News.

Pierce was sent to prison for 62 years. In 2018, the now-infamous Parole Board — the same one that released cop killer Vincent Martin and other murderers — set him free.

The Press reports that “Bennett called the evidence of innocence ‘compelling’.”

“Parole is not intended to be a comment on innocence,” she said at the time. “But it’s difficult to disregard the evidence supporting a possible claim of innocence … The affidavits make it hard to turn a blind eye.”

Pierce was sprung by McAuliffe appointee Bennett and the rest of board in 2018. In January 2020 a coked-up Pierce was involved in what the newspaper described as a “cocaine-fueled car crash” when he plowed into a parked car so violently that he severed a telephone pole.

After the crash, Pierce tried to get away and assaulted two police officers.

He was convicted of felony cocaine possession, misdemeanor hit and run, DUI and two felony counts of assaulting a police officer, according to the newspaper.

Pierce thought he was getting off easy when the judge – in a moment of extraordinary generosity – said he’d ignore the 1994 murder conviction and sentence him as he would a first-time offender. That meant suspended time for all of the convictions except six months to serve on each assault charge.

In March, Pierce was wrapping up his year in jail when he got a surprise from the new chair of the embattled Parole Board which was making headlines for its inexplicable and dangerous decisions.

In a letter, Chair Tanya Chapman revoked Pierce’s parole and sent him back to prison.

Or until another bleeding heart Parole Board springs him.