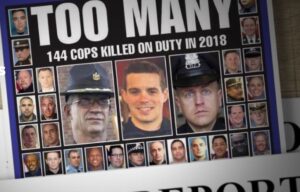 When Fairfax County Commonwealth Attorney Steve Descano ran for office in 2019, he promised to reform the county’s criminal justice system by offering defendants greater transparency about the evidence against them. “Virginia’s rules force defendants to try to craft a defense without most of the information one would need to do so,” he wrote in his election platform.

But Descano’s office has adopted a very different stance in its prosecution of a White Fairfax police officer accused of using excessive force, including a Taser, against a Black man.

As the trial date approaches in September, an attorney for Officer Tyler Timberlake wrote in a motion that prosecutors have yet to turn over a lengthy police report, a 911 call, a bystander video of the incident, and an interview with the victim. “The Commonwealth has repeatedly dragged its feet and has deprived Officer Timberlake of his due process and right to a fair trial,” the attorney wrote.

Prosecutors respond that the materials need not be produced until 60 days before the trial, reports The Washington Post.

Meanwhile, the family of Donovan Lynch, who was slain by a Virginia Beach policeman during a chaotic incident in the resort area in which three people were killed, has filed an unlawful death suit against the city and the policeman, Solomon D. Simmons.

Whatever the merits of these particular cases, it is increasingly evident that prosecutors in Fairfax, Loudoun and Arlington counties, who were elected on social-justice platforms, are less inclined to give policemen the benefit of the doubt, and citizens are more likely to sue. Rightly or wrongly, law enforcement officers in Virginia perceive themselves as under legal attack.

Now a new organization, the Police Officers’ Defense Coalition, has formed in Fairfax County to defend public safety officers, sheriffs and “all those who represent the law enforcement community fight against the ‘War on Cops.'” States the website:

Everyday our protectors in law enforcement are abused. First on the streets where they protect and serve society and then by the executives who represent the justice system which would rather prosecute law enforcement officers rather than criminals. Police Officers’ Defense Coalition and Committee for Police Officers’ Defense is committed to cleaning up the annals of justice by flushing out those who pretend to represent the people, but instead manipulate the system and the prosecute police officers as a stepping stone to their next higher political office. …

We work diligently in the political sphere to defend our men and women in blue, to fight against political zealots and politicians that use our police as pawns, and bridge the gap between law-abiding citizens and the police officers that protect and serve them every day.

We’re accustomed to seeing nonprofit activist groups on the left side of the political spectrum, typically funded by left-leaning foundations. But Democratic Party overreach in Virginia, especially Northern Virginia, is inspiring a reaction. Virginians unhappy with policies that undermine public schools, universities, and law enforcement are organizing. This level of energy and intensity has not been seen on the right since the Tea Party movement. The mainstream media, which exists in a liberal bubble, is missing a big story.