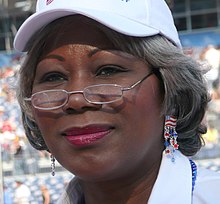 I just spent a great deal of time reviewing two Zoom seminars for Virginia legislators on the education committees of the General Assembly planning 2021 legislation.

The briefings they got in preparation for the upcoming session were filled with lies, smears, critical omissions and self-referential “data” relative to equity and diversity in Virginia schools.

I sometimes disagree with both Lucas and Tyler on policy, but I will assume they are honest legislators, so will I consider them among the aggrieved parties in what was presented in this two-day meeting.

The second was the VDOE Legislator Briefing on November 12 hosted by Dr. James Lane, Superintendent of Instruction, and Dan Gecker, Virginia Board of Education chairman.  Lane and Becker, Northam appointees both, appear from their words and actions to be Critical Race Theory true believers.

The three days were dominated by “equity” and race. In both of these meetings, every mention of either term referred exclusively to black students and teachers. I don’t believe I heard the terms Hispanic or Asian in three days of meetings.

I have enough important material for several columns.

Today I will review just two of my takeaways,

One issue may matter above all others, and it was not a prepared presentation but rather was revealed in a nervous response by Dr. Lane to a question from a legislator.

It was clear from that brief question and answer in the VDOE Legislature Briefing that the shortfalls in classroom teachers and likely in principals and AP’s to be announced in December will be of major proportions. Even elementary schools were said to have lots of openings, which is pretty much unprecedented.

One big part of that problem is that apparently the more than 80% of Virginia teachers who are white are older on average than is widely known and many working teachers are eligible for retirement.

Continued disparagement by the VDOE, the VBOE, and local school boards of the skills, dedication and motivations of white teachers cannot help.

If you have not been keeping up, the Virginia Department of Education has labeled all white teachers as racists until proven otherwise through an Orwellian program of specialized instruction and continuing evaluation. I am amazed they don’t all leave.

It will be interesting to see how and if school districts fill classrooms with teachers in 2021.

One thing is assured, the teachers who are leaving will never be asked if being labeled as racists and targeted for re-education “training” by “equity and diversity” committees at their own schools was a reason for their departures.

The first session of the Virginia Education Summit hosted by Sen. Lucas and Del. Tyler on November 9 was Equity in Education: A Conversation on Educator Diversity.

The discussions centered on the need for more black teachers.

Competent studies have proven that need to be valid.

“That same race teachers benefit students and demonstrate that for black students in particular, positive outcomes sparked by the so-called role model effect can last into adulthood and potentially shrink the educational attainment gap.”

The same study said that the numbers do not work.  The percentage of black college graduates choosing K-12 education as a career would have to reach 8%.  The researchers found that to be highly unlikely because the profession has low pay, but a worthy goal.

But that was an excellent place to start the discussion.

However, the participants in the Summit could not by their guiding philosophy stop there.

“There is an increasing demand for teachers who are able to deliver culturally responsive and sustaining curriculum and pedagogy.”

“While we make efforts to find and train new black teachers, we also need to educate white teachers about implicit bias, teach them to be culturally competent, and show them how not to exacerbate these existing achievement gaps.”

Critical Race Theory is dogma in the church of equity. Genuflection complete.

I am sure white teachers find great motivation in being described as poor but necessary substitutes for black teachers, and then only if they are trained and monitored at great profit by the Critical Race Theory industry.

Various ideas discussed on how to increase the numbers of black teachers focused on the professed inequity of the state’s licensing exams and teacher training curricula:

Primary Omission – Charter Schools and their Keys to Success

The results of charter schools in New York City and other metropolitan areas put the entire predicate of this Virginia Education Summit in question, so the subject was never broached.

Not one of the four keys to charter school successes educating impoverished black and brown children were mentioned during the three days even outside the charter school context:

Honestly, how is that even possible?

Another omission – scaling the actual sources of Virginia teachers

For a conference about teachers, these two were utterly without information about the actual sources of Virginia’s teachers. I did the research, and using the biennial report on the number of students from each Virginia ed school that took the battery of tests required for a Virginia teaching license, five of the 36 Virginia colleges and universities that offer education degrees provided more that half of the test takers.

Those five were, in order of scale from the biggest source:

The HBCU’s together produced about 1/7 of the number of teacher candidates as Liberty University alone.

The Lie – Virginia Testing for Teacher Licensing is Biased

The baseline reference at the Equity in Education: A Conversation on Educator Diversity session of the Virginia Education Summit for the assumption that black teacher candidates are at a disadvantage in teacher certification tests was yet another “summit.,” this one an American Federation of Teachers  diversity summit on July 10, 2019.

To get oriented to the scale in Virginia of the testing problem discussed, I reviewed the Biennial Report: 2017-2019 Approved Teacher Education Programs Compliance – Accountability Measurements 1 through 7 dated October 17, 2019.

Thirty-six institutions of higher education (IHE) in Virginia have Virginia Board of Education-approved programs for undergraduate teacher education. Hampton University, Virginia Union, Norfolk State and Virginia State are the HBCUs among the 36.

Each institution is required to report, inter alia, Assessment Passing Rates. The cumulative results of those 36 reports on pass rates in 2017 – 2019 and the HBCU subset were:

The overall pass rate for Virginia HBCU ed school students on the battery of Virginia teacher assessment tests they took over a two year period was thus 99.5%.

So the VDOE and VBOE owe the sponsors of the Virginia Education Summit, Sen. Lucas and Del. Tyler, and the rest of us several explanations.

Finally, we must publicly recognize that there is a Critical Race Theory government/industry complex that uses very effectively the threat of accusing any opponent that dares contradict them of racism.

It is hugely profitable for the private interests involved and intellectually compelling enough to some senior appointed officials to make the threats real, because they use them at the drop of a micro-aggression.

I am really tired of the wall of untruths, omissions, smears and self-referential “data” used by that complex to justify the unjustifiable.

Regardless of that, they effectively cow state and local elected officials into doing things that are demonstrably destructive to the best interests of school children, including especially minority school children.

I have a question for our elected officials in Virginia: How much of this is finally enough and when will you speak out to stop it?

This entry was posted in Education (K-12), General Assembly and tagged James Sherlock. Bookmark the permalink.