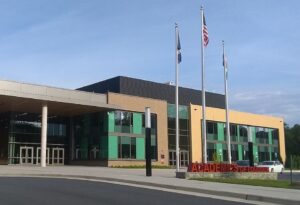 The Academies of Loudoun

The Virginia attorney general’s office has ruled that the Loudoun County school system committed illegal racial discrimination by admitting relatively few black and Hispanic students to its selective schools, the Academies of Loudoun.

For reasons that have nothing to do with racism, the Academies of Loudoun are much more heavily Asian than the Loudoun County Public Schools as a whole. They have fewer blacks, Hispanics, and whites than the Loudoun school district as a whole. The finding of “discrimination” against LCPS is wrong, because it is based on an apples-to-oranges comparison and concept of discrimination that likely does not apply to school systems.

The AG’s finding doesn’t claim that individual black and Hispanic students were treated differently in admissions than white or Asian students, or that the admissions process was motivated by racism. Rather, it claims that the school district unintentionally “discriminated” by using racially “neutral,” colorblind selection processes that admitted disproportionately fewer black and Hispanics than their share of the school district’s population.

Such “disproportionality” is deemed discrimination when the Virginia attorney general’s office thinks the school policy producing it either (1) isn’t necessary to achieving an “important educational goal,” or (2) when “alternative policies” would supposedly achieve the goal with less “disproportionate” impact on minority groups. The AG’s office concluded that while the schools’ admission policies had a “reasonable relationship to an important educational goal” — enabling students to excel in STEM — there were “alternative policies and practices to meet LCPS’s educational goals.” The county could have admitted more blacks and Hispanics by diluting the rigor of its admission criteria or taking more steps to recruit blacks and Hispanics.

(Ironically, the AG’s office cited the progressive school system’s own words against it. School officials have confessed to insufficient diversity and to “cultural bias.” The AG’s office also mentioned the school system’s efforts to attract more minorities as evidence that selective-admissions policies were not really needed.)

The AG’s office declared in its November 18 ruling that it has the authority to investigate violations of state or federal discrimination law under section 2-3902 of the Virginia Code. It is a mystery what state or federal law is supposedly violated by colorblind, “facially-neutral,” selective admissions. The only discrimination statute cited by the AG’s office is the federal Title VI statute. In 2001, the U.S. Supreme Court ruled that the Title VI statute itself does not prohibit disparate impact — like exams that more minorities than whites flunk — but rather only “intentional discrimination.” (See Alexander v. Sandoval, 532 U.S. 275 (2001)).

In its 2001 ruling, the Supreme Court noted that regulations adopted to effectuate the Title VI statute have been interpreted by civil-rights officials as banning disparate impact, even though the Title VI statute itself doesn’t. But the court called the idea that such regulations can ban valid disparate impact “strange,” and suggested that such bans are likely invalid. (See Alexander v. Sandoval, 532 U.S. 275, 286 n.6 (2001)).

In any event, the Virginia attorney general’s office doesn’t place much weight on federal regulations. It mentions a Title VI regulation only in passing, among other provisions banning racial discrimination, along with Title VI and the federal and state constitutions. (See its Final Determination, at  pages 34-35, citing 34 C.F.R. 100.3(b)(2) in footnote 28).

So, logically, the only conceivable basis for the ruling against the Loudoun Schools, if there is any, is the Title VI regulation — a regulation of dubious validity insofar as it bans “disparate impact” logic, according to a footnote in a 2001 Supreme Court decision. (see Alexander v. Sandoval, 532 U.S. 275, 286 n.6 (2001)).

But even if that regulation were valid, the Virginia attorney general’s office made mistakes in finding a violation of it. It relied heavily on apples-to-oranges comparisons in finding “underrepresentation” and “disparate impact” in the first place — comparing the racial makeup of people admitted to Loudoun’s selective schools with the racial makeup of the county’s entire student population. Even when a discrimination statute bans “disparate impact,” oy only forbids certain kinds of “underrepresentation”: namely, when a minority group is unjustifiably underrepresented compared to the correct “reference pool.” The “reference pool” is supposed to take into account people’s interests and basic qualifications, not just their race. (See Wards Cove Packing Co. v. Atonio (1989)).

Many students are neither interested in nor qualified by any stretch of the imagination to study STEM at a selective academy. The purpose of “disparate impact” discrimination findings is to weed out “arbitrary and unnecessary barriers” to qualified members of minority groups, not require a racial quota — as the Virginia attorney general’s office is effectively encouraging.

Yet the Virginia attorney general’s office faulted the Academies of Loudoun just for not being as black and brown as the school system as a whole. For example, it complained that “In Year Two, Black/African-American students represented 3.17% of the applications and 1.77% of enrolled students, despite constituting 18% of the LCPS student population.”

But that’s an apples-to-oranges comparison. As the federal appeals court in Richmond has noted, there is no legal presumption that all racial groups will apply to a selective program at the same rate, or be qualified at the same rate. It ruled that a university’s selective admissions criteria did not have any racially “disparate impact” that would justify affirmative action for black people, even if blacks were less well represented in the university’s student body than in the state’s population of graduating high-school students. That’s because any finding of racial “underrepresentation” had to take into account student interests and basic qualifications. (See Podberesky v. Kirwan, 38 F.3d 147, 159-60 (4th Cir. 1994)).

This entry was posted in Education (K-12), Race and race relations and tagged Hans Bader. Bookmark the permalink.