The U.S., and Virginia, Soon Will have COVID-19 Testing Out the Wazoo 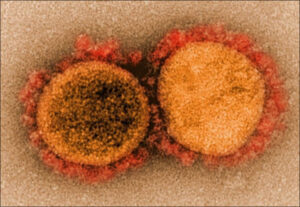 The Washington press corps has aggressively questioned President Trump about the need for aggressive nationwide testing before reversing social distancing measures and opening up the economy. Many have pointed to public health experts and other advisors who say the U.S. needs more testing first. The media gave considerable attention, for example, to a paper authored by former FDA commissioners, Mark McClellan and Scott Gottlieb, outlining the need for at least 750,000 tests per week.

The question is how to define “more” in a way that defines “enough.” We are unlikely to get a large number of public health experts, who are concerned for their reputations if they are proven “wrong,” or Democrats in Congress, who lack operational responsibility and want to preserve their option to criticize the President, to declare that any level is sufficient. So, the President and governors with an ear to their health advisors and an eye on the very damaging health and economic effects of the shutdown, will need to make the call.

The Virginia press corps has not been nearly as determined to pin down Governor Ralph Northam about testing in the Old Dominion. Public health authorities in Virginia have no valid information on the level of testing in the state for the straightforward reason that the Governor and his administration have not made it a priority to find out. Based on their thrice-weekly press conferences, they are more interested in race data on the toe tags of the dead than they are in testing the living.

Whenever asked questions on testing, the Governor and his team answer that they are looking into it.  You can see from my last two posts that the basics of “looking into it” requires a straightforward internet search. Those actually doing testing are proud to report it on their websites. The fact that at the beginning of this week Virginia was 12th in population and 21st in testing shows how far behind we are.

The President said in response to the question that the U.S. has a great testing system. If the labs will use the tests that are already available to them, that will be true.

Of the largest commercial producers of tests to be conducted in labs,

As for point of care, through Saturday, April 11, Abbott had shipped 566,000 rapid ID NOW tests to all 50 states, Washington, D.C., Puerto Rico and the Pacific Islands. The majority of these tests were sent to outbreak hot spots. Abbott has customers to prioritize front-line health care workers and first responders. The tests by CVS in Georgia, Rhode Island and Massachusetts are the first wave of the next level of uses of this 15-minute system. Abbott produces 350,000 per week of these tests. As you read in an earlier piece, there are two other labs producing point-of-care tests, although the turn around time is slower.

Thu, we get 1.75 million tests a week available before we know the impact of the brand new spit test sample developed by Rutgers. Rutgers’ Andrew Brooks, chief operating officer and director of technology development at RUCDR Infinite Biologics, says: “We can significantly increase the number of people tested each and every day as self-collection of saliva is more quick and scalable than swab collections. All of this combined will have a tremendous impact on testing in New Jersey and across the United States.[2]”

We don’t have numbers for how many other tests have been designed by and are being run in academic and health system labs like the test being run here in Virginia by UVa Health, VCU Health, Sentara and Carilion. Let’s estimate 250,000 per week for that group, though nationwide that number is probably low.

Add it all up, and the U.S. has a capacity of roughly 2 million tests a week. Do we have enough technicians with enough training to run them? I have no idea, but perhaps techs can be imported from the research labs or empty surgeons offices to run patient tests if there is a true shortage. The research labs themselves have requested an emergency federal waiver to run diagnostic tests.

The paper by Drs. McClellan and Gottlieb suggested 750,000 is enough. Then Gottlieb changed his mind less than a week later by a factor of five. Does the current testing represent a “nationwide” or a “widespread” system capacity? Depends on unavailable definitions. Does the definition include perfect geographic and demographic distribution of the tests?

More production capacity for all the commercially developed tests is being brought online. An entire new plant is in the works that will increase greatly production of Abbott’s point of care tests.

Even Dr. Gottleib’s phantom 3.8 million tests a week is in sight. When we reach it, epidemiologists undoubtedly will raise the bar again. The reputation of any scientist who says we are doing enough testing will be ruined.

In breaking news, Abbott Laboratories announced on April 15 that it had launched its third test for the coronavirus and said it could be screening up to 20 million people per month for antibodies for COVID-19 by June. Antibody testing will tell if someone has been previously infected. Abbott’s two other COVID-19 tests previously discussed here tell if someone has COVID-19 now. Infectious disease experts have said that such antibody screenings, also called serological tests, will be needed to track the spread of the coronavirus in the United States and elsewhere, and to develop containment strategies. They are one of the keys to determining immunity for returning to work and supporting blood donations to assist the sick.

Is it enough? Define “enough.”

The President is going to have to take the best scientific evidence he can get, not only from epidemiologists but also from social scientists, economists, business and labor leaders and governors to make a decision on re-opening.  The governors will need to pull together a similar team of rivals.

There is going to be no “right” or “wrong” decision. They will be criticized whatever they do by a press with favored story arcs already written.

That is in itself liberating.

This entry was posted in Health Care and tagged COVID-19, James Sherlock. Bookmark the permalink.

8 responses to “The U.S., and Virginia, Soon Will have COVID-19 Testing Out the Wazoo”