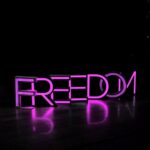 Good grief, they have no self-awareness, do they?

Yet, back when Ralph Northam was issuing one useless executive order after another, the left was silent. In fact, many of them cheered as the governor stomped all over the civil rights of Virginians.

They thought it was fine when the governor ordered every person over the age of 10 to wear masks in indoor settings.

They didn’t object when he lowered the mask requirement to five.

They didn’t care when he forbade sitting on the beach. Or when, in March 2020, he became the first governor in the nation to close schools — public and private — through the end of the school year.

They didn’t care when he limited the size of OUTDOOR gatherings to 10. They thought it was swell when he closed hair and nail salons and fitness centers. They had no objection when Northam closed churches and synagogues.

The Dems thought it was just peachy when Northam decreed that no more than 250 spectators could gather for college football games. They thought it was fine when he ordered Virginians to stay in their homes from midnight to 5 a.m. They didn’t raise an objection when the governor ruled that restaurants couldn’t serve alcohol after 10 p.m. They didn’t object when he ordered state employees to be vaccinated, whether or not they had natural immunity.

And Virginia’s lawyers? They sucked their thumbs while our civil rights were being crushed. Shame on all of them.

Now that we have a Republican governor, a man who campaigned on parental rights and who said that if elected he’d restore the right of parents to decide if their kids had to wear masks to school, the Dems have found their voices.

How dare a governor suggest that parents know what’s best for their own kids!

And just like that, the bar woke up and headed to court to try to prevent parents from making decisions about whether their kids should be able to breathe freely in school. This, despite a recent admission from the CDC that cloth masks — the soggy, bacteria-encrusted muzzles kids in both public and private schools have been forced to wear for more than a year — do little to slow the spread of COVID.

This, despite the fact that the majority of states do not mandate masks. In fact, just 13 have statewide mandates. They are all blue states, by the way. And the rate of infection among school children in those places mostly mirrors that in mask-optional states.

Naturally, the failed Democratic candidate — always on the wrong side of issues — weighed in, accusing Glenn Youngkin of creating “chaos” with his executive order.

The coming chaos that Monday’s “masks off” order will bring comes at the worst possible time for Virginia as we fight this pandemic. Let’s leave behind the politics and let our better angels prevail so we can keep our kids safely in school.

Good grief. How did he get so much wrong in one little Tweet?

First, it’s not a “masks off” order. Any parent wanting their child in one, two or three masks, can send them to school that way.

And how exactly, does allowing kids to go to school without their faces covered create chaos? Students can wear a mask or not wear one. It’s simple.

The reversal of Northam’s order is a welcome step toward normalcy. A step toward acknowledging that cloth masks do little to stop the spread of COVID-19 and that fortunately, children are at very little risk of serious illness from the virus. It’s long past time to stop treating our children as dangerous viral vectors who don’t need to see faces.

When people say kids are “resilient,” they admit that children are being harmed. They’ve suffered enough.

It’s worth remembering that most Virginians obeyed the executive orders of the last governor, even when they were nonsensical.