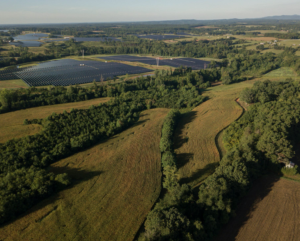 The Commonwealth ranked 4th in total generating capacity of new solar installations in 2020. The Solar Energy Industries Association (SEIA) in 2021 ranked Virginia 6th nationally for projected growth in solar capacity over the next 5 years.

The left is consumed by concern for environmental justice. Except when it isn’t. Like when it wants green energy.

Take the location of utility-scale (>5 MW) solar farms in Virginia. Virtually all of them were sited during the administrations of Democratic governors. Each was subject to environmental reviews by multiple agencies of the state government, coordinated by the Department of Environmental Quality.

And yet let’s look where they have been built and are planned.

Places like Emporia. Places like Essex, Buckingham, Charlotte and Lunenburg Counties where new solar farms are under development.

Environmental justice did not make the cut during the Northam and McAuliffe administrations’ rush for green energy.

Poor, rural Black people, and Republicans, apparently needed to take one for the team.
From the U.S. Department of Energy.

Environmental justice is the fair treatment and meaningful involvement of all people, regardless of race, color, national origin, or income, with respect to the development, implementation, and enforcement of environmental laws, regulations, and policies.

Fair treatment means that no population bears a disproportionate share of negative environmental consequences resulting from industrial, municipal, and commercial operations or from the execution of federal, state, and local laws; regulations; and policies. [Emphasis added.]

That goal was set by Ralph Northam in 2019 and made law by the Virginia Clean Economy Act, passed in 2020 with Democratic control in Richmond.

Progressives dismiss solar farm impact as 1% of the land in Virginia. True, except in those few places in which they are actually located. Such as Buckingham, Essex, Charlotte, Lunenburg, Halifax, Charles City County and Greensville (Emporia) Counties.

Eight projects covering some 5,500 acres have been approved in Halifax County alone.

By Census Bureau reports, those are six of the poorest counties in Virginia. Each is disproportionately Black compared to the state as a whole.

Emporia is two thirds Black and has a median household income 40% of the state average. Sandler Solar partnered with Dominion Energy for the Emporia project.

A massive solar project, at the time the largest on the east coast, was approved by the Spotsylvania Board of Supervisors in 2019 against the recommendation of its own planning commission.

The Livingston District, in which the project is located, is a wealthy area. The citizens were not amused — with the certain exceptions of whoever sold the land and the County Supervisor at the time from that district.

Greg Benton, the Livingston District Supervisor who voted for the project, declined to run for that position again. Benton told The Free Lance-Star that “the solar Power Special Use Permit application process took its toll on him and contributed to the decision not to run.”

Black and Republican Counties. The Northam Administration in its impact assessments may have noted that Spotsylvania County voted for President Trump twice and has a higher proportion of Black residents than the average Virginia jurisdiction. As did nearly every county where solar farms are sited except those where Black people are very highly concentrated as in Southside. 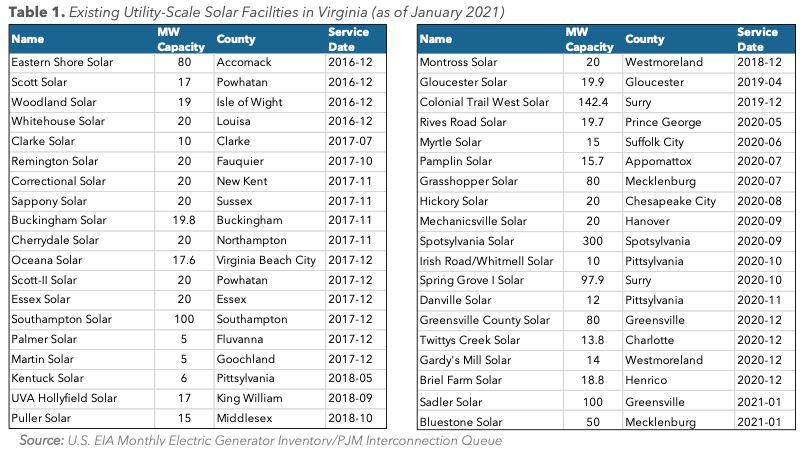 Not one solar installation in the progressive heartlands of Northern Virginia and Charlottesville/Albemarle. Where the money for both Democrats and anti-climate change initiatives originate.

Just worked out that way.

Where in Virginia are solar farms under development?

Solar facilities create land disturbances due to the clearing of the land, according to Solar Energy Development Programmatic EIS. Land clearing can result in soil compaction, drainage of chemicals and increased runoff and erosion.

As solar farms interfere with sunlight, rainfall and drainage, wildlife and vegetation are also affected and ecosystems are disrupted.

And the jobs in those facilities are no walk in the park. From OSHA:

Workers in the solar energy industry are potentially exposed to a variety of serious hazards, such as arc flashes (which include arc flash burn and blast hazards), electric shock, falls, and thermal burn hazards that can cause injury and death.

Did anyone mention that the panels regularly catch fire? Again, The Farmville Herald:

Dominion Energy also reported two fires at Sadler Solar in March, which are believed to be caused by a failed connector in a solar array and an inverter, according to a March 2022 article in The Rappahannock Times

And then there is the clear-cutting of forests. The New York Times published an article on September 21 about the scarring of one of the most ecologically valuable and intact forests in the Mid Atlantic for the building of the Randolph Solar Project. Because Charlotte County has the dual honor of being home to huge transmission lines.

And Charlotte County is, importantly for the wealthy, white, urban, world-only-has-7-years-to-live fanatics:

From the Times article, which failed to mention most of that:

Conservationists and farmland advocates argue that the solar gold rush is displacing valuable forests and farms when panels could instead be going on already developed or degraded land, including abandoned industrial sites and landfills. Some even warn that a decades-long push to protect the Chesapeake Bay could be undermined by panel-driven forest loss.

Forests and the Chesapeake Bay, like poor rural people, apparently need to take one for the team.

Bottom line. The McAuliffe and Northam administrations apparently expanded the concept of environmental justice to mean:

Perhaps they thought no one would notice.

Perhaps the Governor can ask the DEQ bureaucracy what store they were minding when all this was happening.

This entry was posted in Environment, Race and race relations and tagged James Sherlock. Bookmark the permalink.