Sense and Nonsense on Climate Armageddon 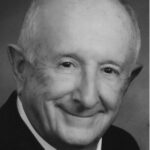 A good sense discussion on the Most Important Threat to Human History was provided July 14 in the Richmond Times-Dispatch, in a guest column from a retired University of Richmond biology professor.  Few discussions of the climate change controversy have come closer to my personal views, but Dean Decker has that doctorate from North Carolina State so let him make the case.  Read it in full here.

The nonsense appeared quickly with what I suspect will be one of many letters to the editor seeking to tear down his argument (and I suspect the man, but I hope the RTD will weed out those letters.)  The letter accused him of “a disservice to science” and inspired me to give Decker’s column a slightly wider audience.

More nonsense appeared even earlier, this from the Man Who Won’t Be King, Charles Prince of Wales.  “I am firmly of the view that the next 18 months will decide our ability to keep climate change to survivable levels and to restore nature to the equilibrium we need for our survival.”  I ran across that in a post on one of my favorite websites on this issue, wattsupwiththat.com. Searching for a more direct source of the quote, I found that HRH has been issuing these Al Gore-like jeremiads for years.

Yet more nonsense in today’s RTD with this piece on the “hottest June on record.”  At least reporters are careful now to add the “on record” disclaimer, given the Earth is 4.5 billion years old and efforts at worldwide measurements maybe a few decades old.  Certainly pre-satellite data is worthless for such comparisons.

So, to Decker, who is no “denier”, not at all.  On the contrary, he does a fairly clear job of describing that “climate change” is a constant global process with innumerable causes and human activity is among those causes.    Eight billion human beings striving to copy our American or European energy-guzzling lifestyle while tearing down trees and paving over green space will have an impact.  But the underlying natural cycles involved are powerful and irreversible. Yes, we are in a warming period, but it has precedent in human history.

“So now what? No human effort will halt or reverse climate change. We must adapt to the coming changes by slowing the rate of change by whatever means possible. Reducing the demands on the earth’s carrying capacity by changing our lifestyles, switching to alternative energy sources and reducing the earth’s population among other options will help.

“Will any of these and other suggestions happen at a significant level? Probably not, even though much of the public thinks the politicians can pass legislation that will fix everything. Who is going to give up their cars, their electrical appliances, their pleasurable activities and all the things that make living what it is today in the developed parts of the world? In addition, people in the underdeveloped locations are not going to cease their efforts to achieve the lifestyles of the developed countries.”

Plenty of people will disagree with Decker’s advice to “slow the rate of change by whatever means possible,” and that’s where I might add some modification:  Do what is reasonably likely to actually make a difference, without leaving our economy crippled.  To me that does mean moving expeditiously (but rationally) to retire coal and build renewable generation where it make sense, and to encourage energy conservation in effective ways.  Market forces are doing the job and government is just fouling it up.

One of the environmental speakers at that State Corporation Commission regulatory conference a few weeks back admitted that were the government to return to the Obama-era Clean Power Plan, the entire goal structure would need to change.  Why?  Because the United States is moving toward the old CO2 benchmarks anyway.   As I noted at the time, they’ve won.

On a smaller scale that is my argument against Virginia joining the Regional Greenhouse Gas Initiative – the targeted carbon emissions are shrinking already, and will continue to, with no trading or tax required to get there.  Some environmentalists don’t believe there is a point of diminishing or exhausted returns, but the Utopian zero emissions goals being pushed now are way beyond useful and economically disastrous.

Decker’s other recommendation is to reduce population.  He’s correct, world population growth and the resulting demand for lebensraum, energy, comfort and other resources are behind far more than just carbon emissions.  The impact on the oceans may be the real threat.  But the usual methods for rapid population drop involve war, famine and plague.  No question, those would work.  They seem to be missing from the Green New Deal public blueprint.

The climate alarmists are trying to stampede people, using the same tactics as the Twitterman in Washington.  They have the same low opinion of voter intelligence, sadly with good reason.  Many have the same goal – winning future elections.  Voices like Decker’s rarely rise above the din but are worth listening to.  Good piece, Doc.

This entry was posted in Energy, Environment and tagged Stephen D. Haner. Bookmark the permalink.

85 responses to “Sense and Nonsense on Climate Armageddon”