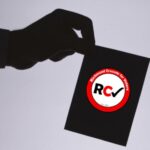 Richmond City school Superintendent Jason Kamras, a white man, is super woke and rails frequently against systemic racism, but that hasn’t been enough to win him automatic allies in the Richmond Crusade for Voters, one of the city’s preeminent advocates of African American interests in the city.

The School Board is negotiating with Kamras about a four-year contract extension. The Crusade has issued a press release noting that its board has several “major concerns”:

The Crusade is asking the school board to make public past and future evaluations, and recommends that Kamras be given a two-year extension on the contract “based on whether he has reached the benchmarks” recommended by the board.

Bacon’s bottom line: It is heartening to see that an influential African American civic group sees past Kamras’s virtue-signaling rhetoric. I see this press release as a hopeful sign that many African Americans are less interested in ideology and more interested in outcomes. If they read Bacon’s Rebellion, they have every reason to worry that four years of Governor Northam and Superintendent Kamras will result in the worst backsliding in African American educational achievement that Richmond has seen in decades.