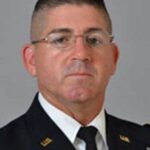 I don’t know what the Virginia Military Institute racism investigation ordered by Governor Ralph Northam will reveal. Perhaps it will turn up evidence that racism is as “relentless” as The Washington Post says it is. In the meantime, though, I can’t quite decide if it is hilarious or vomit-inducing to watch the Post and its intrepid reporter Ian Shapira shoehorning facts to fit its racism narrative. The harder the WaPo spins, the less inclined I am to believe a single word.

Here’s the the headline from an article published three days ago: “VMI commandant to retire as racial reckoning continues.”

It seems that Commandant William “Bill” Wanovich, who oversees military training for VMI’s 1,700 cadets, is retiring at the end of the academic year. Shapira frames his departure in the context of the investigation into what Northam called — on the basis of previous WaPo articles — the school’s “clear and appalling cultural of ongoing structural racism.”

Wanovich, Shapira proceeds to remind us, appeared in a 2017 picture taken at the cadets’ annual Halloween cocktail party alongside students dressed in cardboard boxes as “Trump’s Wall.” The words “Keep Out” and “No Cholos,” a sometimes slur against Mexicans, were scrawled on the students‘ costume (not Wanovich’s). In another incident, Shapira writes, Wanovich had an interaction with the father of Rafael Jenkins, a black Hispanic student who “was threatened with a lynching” by an older student engaging in hyperbolic rat-line rhetoric. Wanovich allegedly told the father that some cadets grew up in racist homes and that he hoped that VMI would change them. Apparently, we’re supposed to conclude that such a sentiment was itself racist.

The strong implication of the latest article is that the two incidents, tied to the racism investigation, played a role in Wanovich’s decision to leave. It’s hard to read the article any other way when the lead says, “The commandant of the Virginia Military Institute, William “Bill’ Wanovich, who came under scrutiny for posing in a photo mocking Hispanics…”

It’s only when readers get to the 11th paragraph of the story do they encounter a quote from VMI spokesman Bill Wyatt, who said that Wanovich’s decision to retire had nothing to do with the controversy over the border-wall picture or the racism investigation. Wanovich, said Wyatt, has been planning the move since September to spend more time with his family.

Perhaps Shapira knows more than Wyatt is letting on. Perhaps he’s privy to some twist in the racism investigation that will put Wanovich in the spotlight. Perhaps Wyatt is lying in saying that the commandant has intended to make the move for half a year. If so, Shapira should present that evidence rather than insinuate that Wanovich is a racist and that his departure is tied to the investigation into racism.

Col. William Wanovich, commandant of the Virginia Military Institute, will retire at the end of the 2020-21 academic year, the military college announced last week. Wanovich has served as commandant since 2014, where he oversees military training for the Corps of Cadets.

His decision to retire is unrelated to the ongoing scrutiny facing VMI, according to spokesman Bill Wyatt. Wanovich made the decision over the summer and informed VMI leadership in September, Wyatt said. VMI is currently undergoing an independent investigation surrounding its culture and policies, which state leaders ordered in October following a series of stories by the Washington Post alleging systemic racism.

Notice how Wyatt’s explanation appears in the second paragraph, not the 11th. Notice how Wyatt said that Wanovich made the decision “over the summer and informed VMI leadership in September,” which is more specific and forceful than Shapira’s rendering of the statement, to wit, that he “had been planning the move since September.” 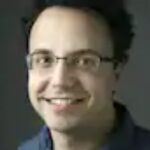 Claire Mitzel is a real reporter. Ian Shapira is a polemicist. The Roanoke Times can be trusted as a news source. Nothing that Shapira writes or that The Washington Post publishes can be taken at face value. The article about Wanovich is not journalism. It is not reporting. It is character assassination.

This entry was posted in Media, Race and race relations and tagged James A. Bacon. Bookmark the permalink.