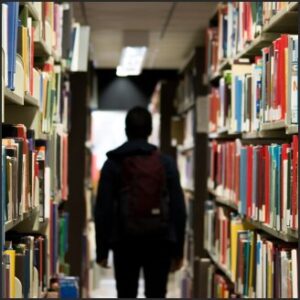 In their relentless quest to slam Governor Glenn Youngkin, Virginia’s rabid lefties are now apoplectic because he believes parents ought to be notified if their troubled son is dressing as a girl at school and changing his name and pronouns.

How dare Youngkin say parents are entitled to know such things about their kids!

Boys have a right to visit their transition locker when they get to school to pick out a cute frock and matching pumps for the day. They can then use the girls’ room, demand to be called Susie, insist on she/her pronouns, and re-emerge as a boy before heading home.

What business is this nutty behavior to the people who are legally responsible for him and love him, the left asks.

Oh, so what if trans kids tend to suffer from depression and sometimes kill themselves? If these confused children wanted their parents to know about their struggles, they’d tell them.

According to news reports, both Fairfax and Loudoun Counties have firm school policies that forbid school officials from notifying parents if their child is switching genders at school.

School boards in those jurisdictions have decided that a student’s “right to privacy” trumps the parents’ right to be involved in their kids’ lives. Or to get them mental help if needed.

Now that Youngkin has a majority on the Virginia Board of Education, 7News asked the governor if he thinks the board will pass new guidance for school districts.

“With regards to informing parents with most important decisions about their children, I think everybody knows where I stand, parents matter,” Youngkin told WJLA ABC 7. “Parents should be at the forefront of all of these discussions. And I firmly believe that teachers and schools have an obligation to make sure that parents are well informed about what’s happening in their kids’ lives. And one of the things we learned last year during the campaign is that parents were tired of being pushed to the background in their child’s education.”

Youngkin’s so old-fashioned, isn’t he? Imagine, believing that parents have a right to know what their kids are doing and that schools shouldn’t be keeping secrets from them.

No one expects teachers to be snooping around trying to figure out who’s gay or trans or a furry. But if behavior in school is glaringly obvious, the parents have a right to know.

For example, there have been logistical problems with students on overnight field trips. Think about it: students are always assigned a roommate of the same sex to prevent any hanky-panky while on band, athletics, theater or academic competition trips.

The assumption is that most parents don’t want their kids having sex on school journeys.

When gay kids room together, though, the chaperones are faced with a dilemma.

And teachers are left to try to break up couples. It happens. Parents need to know.

The radical left, who believe government is wise and parents are pests, have forgotten why Youngkin was elected: Virginia parents were tired of being excluded from school decisions about everything from masks to curriculum.

That all changed with Youngkin’s inauguration in January. In the new Old Dominion, parents are back in charge.

This entry was posted in Children and families, Education (K-12) and tagged Kerry Dougherty. Bookmark the permalink.