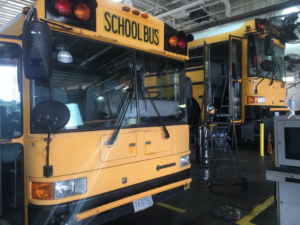 “Gov. Youngkin criticized after calling on teachers with LGBTQ students to tell parents” is a headline in The Virginian-Pilot.

Apparently, “Gov. Youngkin calls on teachers with LGBTQ students to tell parents” did not make the cut.

These are judgments that not only can be made by public school personnel under current Virginia policy, but are actually encouraged by that policy.

Nothing in that law required the DOE to go nearly as far as it did in Model Policies. But it was drafted by a panel dominated by progressive activists who shared their pronouns.

You will note there is not a single word in that law about parents.

All the Governor needs to do is tell his superintendent to revoke that destructive policy document and re-rewrite it requiring parental involvement. (And new rules for bathrooms. You are welcome, Hanover County School Board.)

So other than that she can, why should the Superintendent of Public Instruction re-write it?

In the examples cited above, government employees have decided that they know far better what is good for that child than the child’s parents or physicians, and that parents may prove to be abusive.

Even more disturbingly, parents are judged in those conclusions without any semblance of due process by school employees, who have neither qualifications nor legal right to make those judgments.

Medicine. Let’s look at the practice of medicine for a guide.

In loco parentis is in the Medical Dictionary of the Health Professions and Nursing, defined as the “legal obligation of a nonparental authority to provide a level of care equal to that of parents.”

So, if a child goes to a government clinic and seeks help for gender issues, he cannot be diagnosed or treated without the consent of the natural parents unless one or both of the parents have been removed from that decision process by a court or by death.

Ask UVa Children’s Hospital if you don’t believe me.

Yet in Virginia, under Model Policies, a kid in a government school can have government employees act in loco parentis — not only in place of parents — but actively denying parents knowledge of matters of their child’s perception of his or her gender identity.

That is the issue here.

In making medical decisions for children, the courts have been clear that the parents must consent unless the child is a ward of the state.

It is a medical decision for which children are given legal protections because their brains and experiences have not developed the risk-reward judgment capabilities of adults.

It is a medical decision that children’s medical caregivers by law are not enabled to make without the consent of the child’s parents, who know them best and are responsible to make judgments in their best interests.

So, somehow Virginia has a policy that subordinates the rights of parents in those matters to school personnel. Seriously? Yes, unfortunately, seriously.

Bottom line. Some things are hard. This one is not.

You will be comforted to know (starting page 3) that such luminaries as:

“provided input and offered expertise throughout the development of these Model Policies.” It can truly be said that Model Policies could not have been what it became without them.

With a progressive government, we get progressive panels, progressive department heads and progressive model policies that dismiss parents in favor of school officials acting in loco parentis. There are no appropriate roles or even due process for parents.

As I wrote, elections have consequences. So it is when Glenn Youngkin is governor.

His Superintendent of Public Instruction should rescind Model Policies for the Treatment of Transgender Students in Virginia’s Public Schools and re-write it to comply with the law.

And make parents integral to the process.

This entry was posted in Education (K-12), LGBQT rights and tagged James Sherlock. Bookmark the permalink.