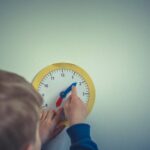 Stay with me today, friends, and I promise not to rant about the stupidity of public school closures for at least another week.

Fact is, two developments in Virginia are so alarming that they scream out for comment.

The first, a story in The Richmond Times-Dispatch Tuesday, showed that a full 20% of Richmond public school kids are considered chronically truant. That is, they’ve already missed 10% of all virtual class time.

Not good. But understandable.

Older children may be unsupervised when they’re supposed to be spending hour after hour staring open-mouthed at computer screens. The temptation to hit the streets may be overwhelming. Surprisingly, though, many of the habitually absent children are in elementary and middle schools.

These kids are likely from dysfunctional homes where parents are not involved in their kids’ academic life. Without guidance from Mom and Dad, many children just drift away. They’re lost. They need to be in school.

There are associated problems that many of us didn’t anticipate. The Times-Dispatch reports a sudden rise in what the police call “daytime crimes.”

So, not only are the kids not attending their classes, they’re getting in trouble with the law.

Richmond not only has a truancy problem now, it has a public safety problem.

Reopen schools and get kids back to their desks, Richmond. This is critical. Children already lost half of the last school year. Students — especially at underperforming inner city schools — cannot afford to fall even farther behind.

The societal cost of closed schools is unfathomable while the risk of the virus in school settings is minimal.

A piece in Tuesday’s Wall Street Journal, “End the School Shutdown,” points out that “tens of millions” of American kids started school completely online this year. Brown University researchers report that this was a massive over-reaction to the minuscule danger posed by completely reopening schools for grades K-12.

A group of researchers, spearheaded by Brown University Professor Emily Oster, have created and made available the most comprehensive database on schools and Covid case rates for students and staff since the pandemic started. Her data — covering almost 200,000 kids across 47 states from the last two weeks of September — showed a Covid-19 case rate of 0.13% among students and 0.24% among staff. That’s a shockingly and wonderfully low number.

Shoot, Ireland just announced a draconian six-week lockdown — a huge mistake — that means people can’t venture more than three kilometers from their homes. Yet schools will remain open. The Irish are doing one thing right.

But get a load of Fairfax schools. There, the teachers’ unions — and yes, they’re behaving like unions, not education associations — are demanding that school remains closed at least until August 2021. They’re urging parents to join them in the fight to keep schools shuttered.

I am not making this up.

The same loons that were chanting “virtual until vaccine” this summer, have doubled down. Even with a vaccine, they don’t want to teach the children until all “community spread of Covid-19 is gone.”

These are supposed to be educated people. Do they not understand that Covid-19 may be with us for years?

The union representing teachers in the northern Virginia school district is asking parents to sign a petition demanding all-online education, according to Reason.com.

“The metric for Safe Reopening should be 14 days of zero community spread,” wrote the teachers.

The petition comes as Fairfax officials are moving toward a limited reopening of schools for some students, involving two days per week of in-person instruction.

Let’s stop pretending that these militant teachers’ groups care about kids. They don’t. This is about power, and demanding a risk-free environment in which to teach.

Fairfax County schools are at a crossroad. They can knuckle under to the unions or school officials can ignore their preposterous demands, reopen schools and fire teachers who refuse to work.

Either kids matter. Or they don’t.

This entry was posted in Education (K-12) and tagged COVID-19. Bookmark the permalink.