Senator Warner Is Missing in Action 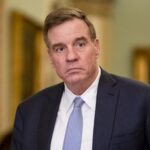 As co-chair of the Senate Intelligence Committee, Senator Mark Warner, D-VA, was vociferous about the need to investigate allegations of Russian collusion by President Donald Trump’s 2016 campaign. But Virginia’s senior senator was silent in 2019 when the Department of Justice (DOJ) Inspector General identified serious defects and failings with FBI and DOJ handling of the investigation of those allegations. He was silent when a former FBI attorney pleaded guilty in August 2020 to criminally altering a document used to support a request for a FISA warrant in the Russian collusion investigation. And he has been silent about the subsequent discrediting of the Steele dossier. 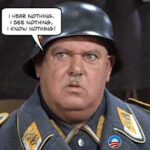 Now Warner seems reticent about the need to investigate allegations of foreign payoffs to Hunter Biden or question if former Vice President Joseph Biden knew about those foreign payoffs.

Multiple sources of information support the allegations against Hunter Biden:

Compared to the scanty information based on unnamed sources that triggered the Russia collusion probe against President Donald Trump — primarily the Steele dossier, which has been discredited — there is strong evidence documenting Hunter Biden’s misdeeds. If former Vice President Biden knew about his son’s misconduct, remained silent, and even lied about it, it would raise serious questions about his honesty, integrity, and fitness for office. Yet, Warner has been mum. Why?

Warner’s silence brings to mind the character of Sgt. Schultz in the TV comedy show “Hogan’s Heroes” (1965 – 1971). In that show, Allied POWs continually outwitted the prison camp Commandant and his guards. Shultz occasionally saw what the POWs were up to but turned a blind eye, saying, “I see nothing! I hear nothing! I know nothing!” and “I know nothing, nothing!”

Democrats often call upon Republicans to “show courage” by breaking ranks with their colleagues and political allies on various issues. Warner, who is in line for the top spot at the Senate Intelligence Committee should the Democrats capture the Senate, should show courage by acknowledging that there is enough troubling information to warrant an FBI or congressional investigation. He should publicly call for former Vice President Biden to promptly answer the following questions: (1) did he know about his son’s misconduct, (2) if so, why did he remain silent about it and do nothing, and (3) if not, how can the American people trust his judgment?

The people of Virginia should demand that Senator Warner pursue allegations of wrongdoing in a fair, even-handed, and nonpartisan manner. They do not need a Sergeant Shultz who turns a blind eye to wrongdoing. Warner needs to demonstrate that he is the moderate Democrat he claims to be, not just a partisan who attacks his political foes and defends his friends.

This entry was posted in Federal, Politics, Scandals and tagged Guest contributors. Bookmark the permalink.