Once Upon a Time, Schools Didn’t Need Fancy Buildings, Big Bureaucracies and Trauma Counselors to Teach 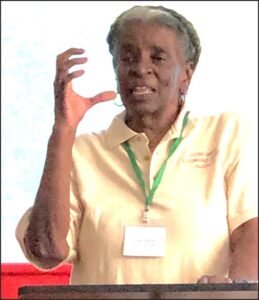 When Gail Smith talks about growing up in 1950s-era Goochland County, she calls her time attending the Second Union Rosenwald School as “the best years of my life.” The two-room schoolhouse was lacking in what we refer to today as “amenities.” But it was supported by the local African-American community, and it had spirit.

There were no school buses in her poor farming community — Smith passed through woods on her trek to and from school. There was no indoor plumbing or running water, either. The boys went to a nearby spring with a bucket and dipper to fetch water. Nor were there grocery stores, much less free meals — students brought their farm-raised lunches in brown bags. There wasn’t even central heating. During cold weather, the boys scoured the woods to gather kindling for the fire. School lasted five hours until 2:15, with time off for two 15-minute breaks. When the kids heard the bell, they hurried back to their classroom. Smith and her contemporaries recall a teacher, Fannie Beale, with great fondness for her firmness and her ability to inspire.

“We were poor but we were happy,” Smith says. “We came to school excited to learn.” She and many classmates went on to earn higher-ed degrees and pursue professional careers.

Smith spoke at an event this morning organized by the Second Union Rosenwald School Museum, which has converted the old schoolhouse into a museum, and the Richmond Jewish Coalition, which has supported the museum. The original school was an outgrowth of a partnership between famed African-American educator Booker T. Washington and Jewish philanthropist Julius Rosenwald.

Lieutenant Governor Winsome Sears, who gave the keynote address, said that Second Union Rosenwald showed what was possible when the community had “skin in the game.”

Rosenwald created a new philanthropic model of providing matching funds to groups that had organized to raise money on their own. All told, his partnership with Washington funded 5,000 schools that at one time were responsible for educating one-third of all African-Americans in the South. The parents of First Union, one of seven or eight such schools in Goochland County, held bake sales and raffles, and contributed their own labor and materials. Since the end of Jim Crow and the onset of integration, the schools have shut down. First Union has been preserved as a repository of memory. 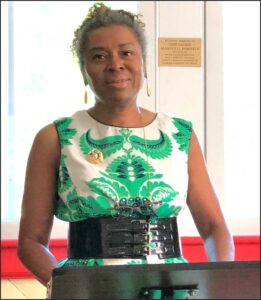 Such community solidarity and zest for learning seems alarmingly lacking today, Sears said. She recalled visiting a beautiful new school several years ago — it had indoor bathrooms, air-conditioning and separate classrooms for each class — “yet there was no joy.” When she asked the kids what made them want to come to school, no one had an answer. Finally, one boy said, “I’m just glad to live another day.” In another school visit, she recalled, she asked children if they could pass any law what would it be. One little guy said, “I want to make a law, if you kill someone, you have to pay for his funeral.”

“We’ve come a long way,” said Sears, who grew up in a similarly small school in Jamaica before emigrating as a child to the United States. “But we’ve taken ten steps back.” Too many people, she said, have forgotten the words of African-American abolitionist Frederick Douglass: “Education means emancipation.”

The audience responded to Spears’ remarks with plenty of “uh huhs,” and the decline in school discipline was a common theme among other African-Americans — most of them elderly — who spoke at the event.

Referring to the school chores, alumnus Calvin Hopkins said, “The young men knew what they had to do, and they did it well.” Discipline and respect ruled at Second Union Rosenwald, he said.

“Boys and girls were so well-behaved,” remembered 95-year-0ld Ruth Cooke-Johnson, who was a substitute teacher at the school. She contrasted the positive  attitudes then with the “troublesome time today.” Poor student behavior, she said, is a reason why it’s hard to keep teachers in schools.

Education is in a “national crisis,” said Sears. Americans are no longer close to being the most educated people in the world. In the most recent PISA international testing scores, Americans ranked 22nd internationally in reading and 30th in math. That is unacceptable, she said, for a nation that wants to remain competitive in a global economy.

For African-American students, the education crisis is even more profound. Sears quoted numbers from the National Assessment of Educational Progress (NAEP) in which 35% of Whites and 80% of Blacks failed to perform at a grade-proficient level.

Other than suggesting to remind young people of the hardships their elders overcame, Sears did not offer any remedies to address the crisis. But Calvin Hopkins made a comment that might point the way. The education he received at Second Union Rosenwald enabled him to enter the Air Force in 1966. Reading comprehension was key to passing the test. Mrs. Beale had emphasized reading comprehension, he recalled. Students had to read something at night and come in the next day to talk about what they read. Reading homework. It worked once. Maybe it could work again.

In introductory remarks, Ken Lipstock, a co-founder of the Richmond Jewish Coalition, invoked an ancient virtue — self reliance.

I am certain that Mr Washington, a former slave living in the bitterly racist South and  Mr. Rosenwald, A Jew living in an age when antisemitism ran rampant, didn’t look  at themselves as victims but as victors in their own lives, and believed that everyone, in this particular case African Americans, has the ability to follow their dreams, whatever they are if given the opportunity for a solid education. They believed that  Self-reliance is key to success.

Self reliance. It worked once. Maybe it could work again.

Find out more about the Second Union Rosenwald Museum at the museum website.

This entry was posted in Discipline and disorder, Education (K-12), Race and race relations, Uncategorized, Virginia history and tagged James A. Bacon. Bookmark the permalink.