More People Left Virginia in 2020 than Moved In 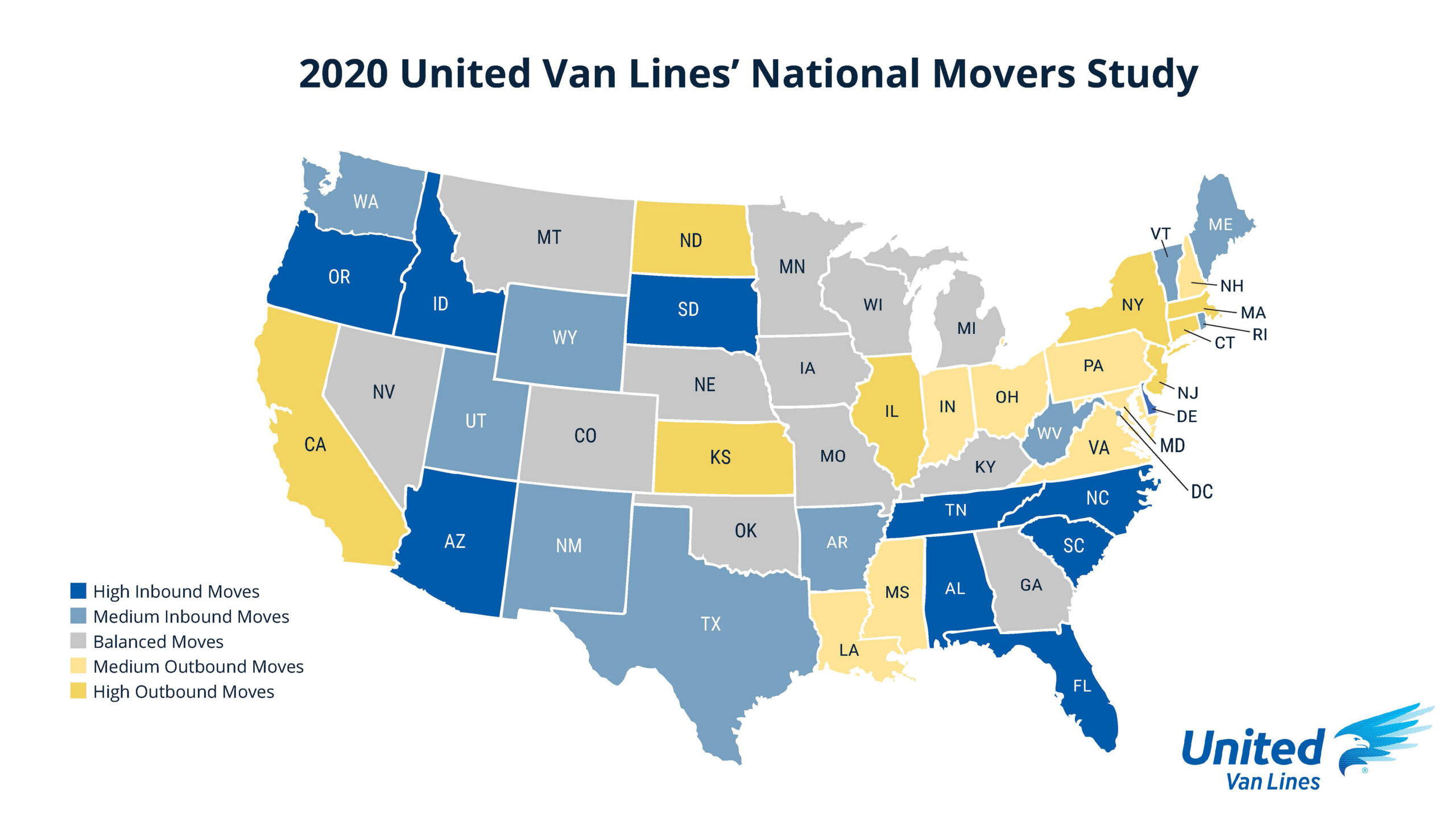 Virginia continued its multi-year losing streak in 2019 as a state where more people were moving out than moving in, according to the latest United Van Lines National Migration study. The moving company counted 4,008 households moving out while only 3,536 moving in, for a net loss of 472 households.

Fifty-three percent of Virginia’s moves were outbound. The outbound/inbound ratio was worse than all but twelve other states. Even West Virginia out-performed Virginia.

Other states along the South Atlantic Seaboard — North Carolina, South Carolina, Georgia, and Florida — all saw population gains. If it’s any consolation, Virginia, which more closely resembles New Jersey politically and sociologically with each passing year, didn’t do as badly as the Garden State, which came in dead last. We still have a long way to fall.

The United Van Line statistics are valuable mainly as an early indicator of migrations. The Internal Revenue Service, which tracks changes of address for all taxpayers, publishes more authoritative data, but that report won’t come out for months.

In the meantime, Virginians should be asking themselves: Why are more people leaving that coming? For decades the Old Dominion gained population from other states. Only in the past decade have we been an exporter of human capital. Why, why, why?

The United Van Lines report offers some insights that the IRS stats do no.

Retirement. The report lists the top states where people listed retirement as a motivation. Believe it or not, as a percentage of in-bound moves, Delaware ranked No. 1. Florida, unsurprisingly, ranked second, South Carolina 3rd and North Carolina 10th. Virginia did not appear in the top ten list.

Health/Personal reasons. This is the one category where Virginia scored well — No. 4 in the country. Who would have guessed? The Old Dominion is not top of mind as a place associated with healthy living. It would interesting to know what motivations “personal” covers. Wyoming topped the list, by the way.

Closer to family. Minnesota topped this list. Virginia did not appear in the Top 10.

New job. This motivation is a metric of economic dynamism. Remarkably, the top states where inbound migrants listed “new job” as a motivation were Nebraska, North Dakota, Louisiana and Mississippi. Virginia was not in the top ten.

Lifestyle change. Once again, Wyoming was the winner in this category, followed by Idaho, Nevada and Maine. Washington, D.C. ranked 6th. Virginia did not appear in the top ten.

Cost of living. Of the six major factors influencing in-bound migrants, the Cost of Living was cited the least frequently. Not surprisingly, less urbanized states ranked in this category, topped by Idaho, Kentucky and New Hampshire. Virginia did not appear on the list.