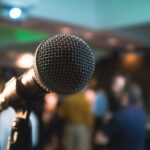 Here’s the attaboy to Gov. Ralph Northam that I meant to write for Thursday, until anarchy broke out in the U.S. Capitol.

Ever since they began in March, some of us have come to dread Northam’s COVID press conferences. The governor’s tone drips with condescension, he seems to blame people for getting sick and many of his emergency orders have been larded with restrictions that aren’t remotely grounded in science, but seem instead designed only to punish Virginians and make life miserable. No sitting on the beach comes to mind.

So, naturally, I turned on his Wednesday presser with trepidation, wondering what fresh hell awaited us. After all, Virginia’s infection rates are up sharply and even though we have thousands of empty hospital beds, no hospitals in the commonwealth are reporting a shortage of PPE and ICUs still have plenty of capacity, we seemed ripe for some kind of ugly California-style measures.

The urge to do something even if they know it won’t work, seems to be strong in most governors.

I was stunned and pleasantly surprised that this once the governor didn’t follow the lead of idiots like Gavin Newsom and Andrew Cuomo. Neither did Northam berate Virginians who are doing their best to stay healthy during a pandemic.

Instead, he spread hope.

After being criticized by liberal newspaper editorialists for a sluggish roll out of the COVID-19 vaccine, Northam unveiled a plan to get Virginians immunized against the virus with an ambitious goal of 50,000 shots a day. He’s separated the populace into three tiers, with those at the top — healthcare workers and people in nursing homes- – first in line.

That’s essential. So far, 2,464 of all confirmed COVID deaths in Virginia have been in nursing homes. That’s 53% for those keeping score at home. A terrifying statistic.

It is imperative that every long-term care resident who wants the vaccine gets it, ASAP. On Thursday, the Virginia Department of Health recorded another 22 nursing home deaths. There is no time to waste.

Best of all, Northam is offering discretion to those administering the vaccines. The governor said he didn’t want a single dose wasted and if the choice came down to giving a shot to someone from the wrong tier and letting the vaccine expire, get that shot in the arm.

If all goes according to his plan, Northam says every Virginian who wants the vaccine should have it “by summer.”

Not late summer. Or fall. BY summer.

Who knows. We could have Tides baseball this summer. Concerts. Festivals.

Dare to dream, I guess.

We’ve called out the governor numerous times when his endless emergency orders were arbitrary and counter-productive.

Only fair to give Northam credit when he acts with restraint as he did this week. (Of course, that could blow up today when he hosts some sort of COVID session with the ever-gloomy Dr. Anthony Fauci.)

Surely Northam realizes by now that closing schools and businesses and imposing curfews do more harm than good.

Vaccinations, on the other hand, will bring us quickly to the promised land: Herd immunity.

Work on the shots, governor. Scrap the stupid curfew and alcohol sales restrictions.