Where Goes the Virginia GOP in a Post-Trump Presidency? 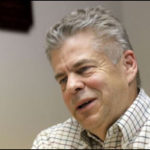 In the aftermath of the mob action at the U.S. Capitol two days ago, establishment Republicans have decisively condemned not only the rioters but President Trump for firing them up with assertions that the 2020 election was stolen. As best I can tell, hard-core Trump supporters seem unrepentant. They still think the election was stolen, they’re more convinced than ever that the system has failed them, and they feel no regrets for taking their protest into the halls of Congress.

Although divisions in the Republican Party start at the top, the fissures extend deep into every state. Here in Virginia, the contrast between establishment figure Del. Kirk Cox, R-Colonial Beach, a former Speaker of the House, and Sen. Amanda Chase, R-Chesterfield, a die-hard Trump supporter, could not be more stark. Cox condemned the Capitol riot in no uncertain terms. Chase, who attended the rally in Washington, defended the protesters. Indeed, she portrayed them as the victims, highlighting in a tweet the fact that Capitol Police shot and killed Ashli Babbitt, a 35-year-old Air Force veteran from California who was among a group of people forcing entry through a door.

I don’t know how this division heals. Unless it does, I see no way for Republicans to create an effective counterweight to the Democrats in Virginia. Democratic ascendancy in Richmond seems assured for the foreseeable future.

Before I address those questions, permit me a brief aside. The mob assault on the Capitol was an assault on our democratic institutions. There are no acceptable excuses for what took place. Appropriate punishments need to be meted out, heads must roll. But let’s keep things in perspective. It is absurd to call the event a “coup d’etat,” as University of Virginia pundit Larry Sabato termed it. It is equally nuts to call the rioters “terrorists,” as President-elect Biden labeled them. The riot was a mindless venting of frustration and rage designed to disrupt government, not overthrow it. The only person killed in the mayhem was Babbitt. (Two Trumpistas died of apparent heart attacks, which should serve as a warning to middle-age people pondering whether or not to join a riot.) The mob didn’t attack anyone. It didn’t hold anyone hostage. It didn’t issue threats. It didn’t present a list of demands. And in the end, it was easily dispersed.

And therein lies part of the dilemma. When politically mainstream figures like Biden and Sabato are so over-the-top with their rhetoric — had Trump said similar things, he would have been denounced as reckless, divisive, and a threat to all that was holy — I understand the rioters’ sense of alienation, even if I can never condone their actions.

Democratic hyperbole aside, the assault on the Capitol still represents a new low for American democracy. And if Trump remains active in politics, no reconciliation between the establishment GOP and his electoral base will be possible. Trump is a narcissist. It’s all about him. Moreover, he’s a vindictive narcissist. He lashes out at everyone crosses him, which now is just about everyone in the establishment wing of the GOP, including even his vice president. As a human wrecking ball, he will be more inclined to settle scores within the party than settle differences. Only if he feels chastened enough to retire from the public scene will Republican divisions have a chance to heal.

I’m not optimistic that will happen. Trump is too addicted to the need for approval and acclaim to leave the public eye. As long as he can stay the center of attention, he will continue to stir up trouble.

Where does that leave traditional Main Street wing of the GOP? Strategically, the party has two broad options. The first is to try to patch over what looks like an irreparable schism in the hope maintaining the Republican electoral coalition in place long enough for Democrats to overreach and swing public opinion back in favor of the Republicans.

The other option here in Virginia is for the establishment GOP to let Amanda Chase and other Trump fanboys and fangirls hive off as a populist right-wing party and stake out a position as the party of moderation. As the Democratic Party races to the left with its embrace of labor unions, social justice (as defined by critical race theory), mass forgiveness of criminals, climate-change zealotry, and more, it surely will overreach, and just as surely it will alienate large swaths of the electorate. Moderate, pro-business Democrats might find they share more common ground with moderate, establishment Republicans than with the left wing of their party.

I have tried to articulate an “opportunity agenda” that downplays the victimhood and grievance politics that defines the Democratic Party and the Trump wing of the Republican Party. I’ve seen the GOP as the natural champion of such an agenda, but perhaps the opportunity agenda could provide the glue for a centrist party, whether under the Republican banner or, should the Trumpistas take control of the GOP, some other.

I’m not advocating such a thing, just trying to open up peoples’ minds to possibilities they might not have considered.

157 responses to “Where Goes the Virginia GOP in a Post-Trump Presidency?”