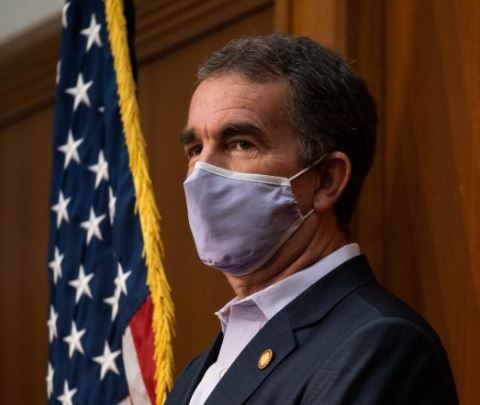 As the hours tick down on his term in office, Governor Ralph Northam is inclined to reflect upon his performance. In the limited remarks he has made in public, he has expressed few regrets and admitted to few mistakes.

As demonstrated by the thoroughly documented meltdown in Standards of Learning (SOL) test scores, his positive self-appraisal is laughably myopic. Northam is the worst education governor in modern Virginia history. Hands down.

But there is more to governing than education. One must consider the performance of the economy, the budget, taxes, public safety, quality of life, and health care, among other factors. Perhaps the most pressing challenge during Northam’s term in office has been the COVID-19 epidemic. Any judgment about Northam’s performance as governor must assess his leadership in dealing with that crisis.

Several Bacon’s Rebellion contributors, including myself, have been critical of specific aspects of his performance — testing, vaccinations, school shutdowns, mask mandates, protecting nursing homes, etc. But, then, it’s easy for pundits to criticize. We weren’t the ones who had to make tough calls in the face of incomplete, evolving, and often conflicting data. Every governor was groping in the dark. No governor amassed a perfect track record. At the end of the day, we should ask, how well has Virginia fared in the pandemic compared to the other 50 states?

A simplistic response would be to calculate the number of COVID-related deaths as a percentage of the population. The state with the lowest death rate wins! By that measure, Virginia fared pretty well: 15,671 COVID-related deaths as of Jan. 10, 2022, in a population of 8.6 million yields a death rate of o.00182, or o.18%. Roughly one in two hundred Virginians died with or because of COVID over two years. That’s a lot, but it was also the 12th best performance among the 50 states and Washington, D.C.

Of course, not all populations are equal. Some states have older populations than others. Given the extremely high correlation between age and COVID mortality, death rates reflect the age and vulnerability of the population. All other things being equal, the older the population, the greater the number of COVID deaths we would expect.

Virginia’s median age makes the Old Dominion the 15th youngest state in the country. With a younger population, one would expect — all other things being equal — Virginia to suffer fewer deaths as a percentage of the population.

I constructed a scatter graph showing the correlation for the 50 states and Washington, D.C., between median age and the COVID death rate.

Surprisingly (to me at least), there appears to be only a small correlation (as seen by the modest slope of the red trend line). For whatever this correlation is worth, Virginia (the red dot) is well below the trend line… and eight other states are significantly lower than Virginia. The Old Dominion comes out looking pretty good, but not exceptionally so, on a variable of apparently modest explanatory power.

This represents no more than a first-cut statistical analysis. A deeper dive would look at other correlates of COVID mortality over which governors have no direct control, such as prevalence of obesity in the population. It’s also critical to note that this analysis looks at COVID mortality only, not taking into account the impact of a state’s COVID policy on the economy, job losses, social dislocation, mental health, schooling, suicides, drug overdoses, and medical procedures and diagnoses foregone. A complete appraisal is impossible without parsing these numbers as well.

By natural temperament, Northam is a cautious man. He ran with the pack. He rarely parted from the Centers for Disease Control guidance. He was late to the game in lining up testing and administering vaccine mandates, impressing no one with his administrative acumen, but he avoided massive blunders. By at least one metric — the COVID fatality rate adjusted for age — Virginia fared better than most other states.

All things considered, I would suggest that a deeper analysis is called for. But I think we can safely reach one preliminary conclusion. Unlike his record as an education governor, Northam was not among the worst COVID governors. That’s not saying much, but it’s something.